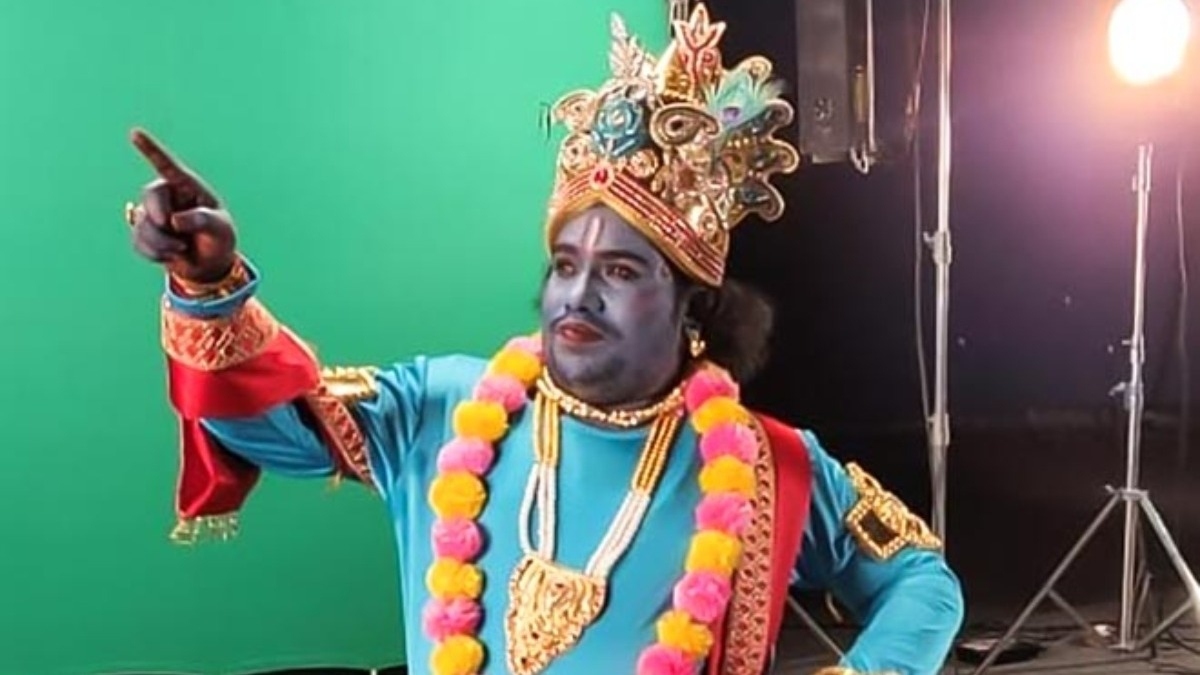 Yogi Babu is one of the busy and sought after artists in Tamil Film Industry and is currently attracting fans with his timing comedy and humour sense. Just as his works he is also active in Social media like any other celebrity and always keeps his fans engaged by posting pictures.

After Vadivelu and Santhanam turned into heroes Yogi Babu is filling up the space of the best comedian in the Tamil film industry. His last OTT release film Navara also was a blockbuster hit.

He is currently juggling between cities to complete shooting for his upcoming projects with the top heroes of Kollywood. In spite of his busy schedule, he never fails to entertain his fans. On the occasion of Krishna Jayanthi, he took to his Twitter to wish his fans, but it was his creative post that won many hearts.

He posted a picture of him in the getup of Krishna and amazed his followers. This photo became the talk of the town and went viral instantly. Many of his fans are sharing this picture of their social media handle and his comments section is filled with lovely messages. On the professional front, he has many interesting lineups in his kitty and will be next seen in Thaapathy Vijay’s most anticipated film ‘Beast’.