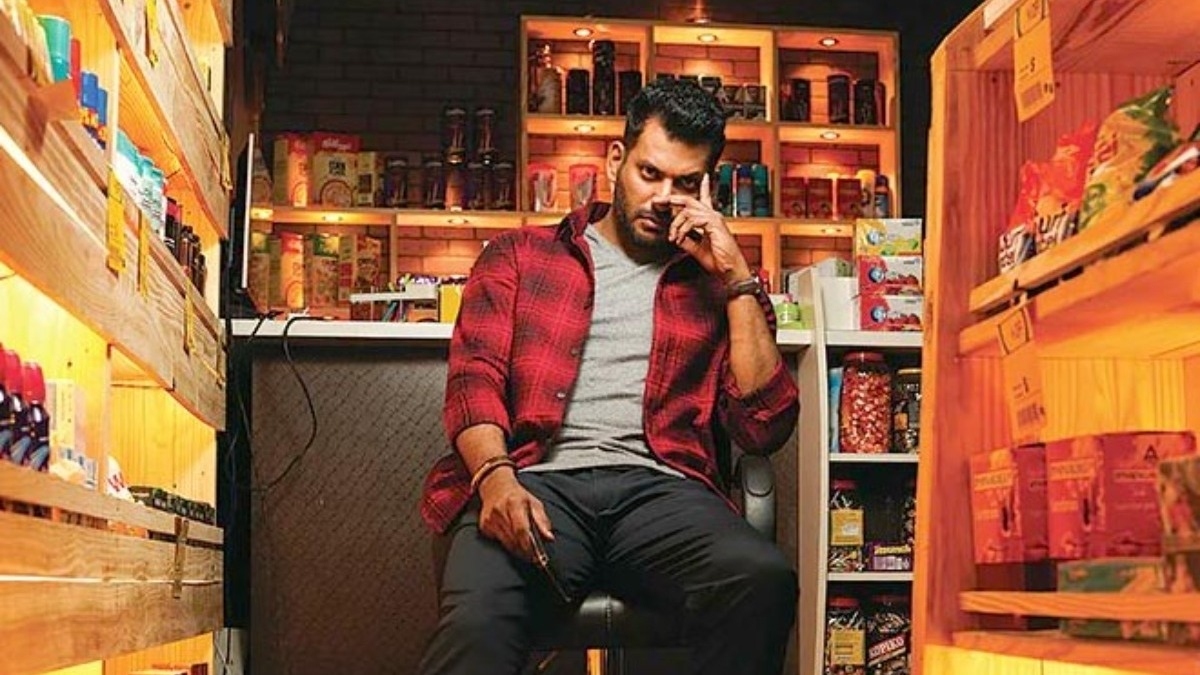 Indiaglitz had already reported that the off-screen friends Vishal and Arya will lock horns in the upcoming action-thriller ‘Enemy’. The two friends have turned rivals on screen. Directed by Anand Shankar, the film shooting was wrapped up a few months ago. Now, the latest is that Vishal has started dubbing for the film.

Today, Vishal has shared a short video from his dubbing session on his Twitter page and has asked the fans to get ready for a high-octane action movie. Arya will be joining the dubbing session next, and the post-production work is progressing steadily. The film will be completed soon, and it is expected to release during the occasion of Dussehra in October.

Apart from Vishal and Arya, Enemy also features Mirnalini, Mamta Mohandas, Prakash Raj, Karunakaran, and others in prominent roles. The film has been shot in glossy locales Chennai, Hyderabad, and Dubai. Produced by S Vinod Kumar’s banner Mini Studios, the makers will be launching the film trailer soon to increase the buzz among the audience.

While Sam CS scores the background music, S Thaman has composed the songs. The first single ‘Pathala’ was dropped last week and went viral among the youths. The makers have announced that the second single ‘Tum Tum’, a vibrant and peppy number will release this evening at 6 PM.

Started my part of dubbing for #Enemy and the movie is in the final stage of post production.
Be ready to witness the high octane action movie!!! pic.twitter.com/zib2u1RhD4