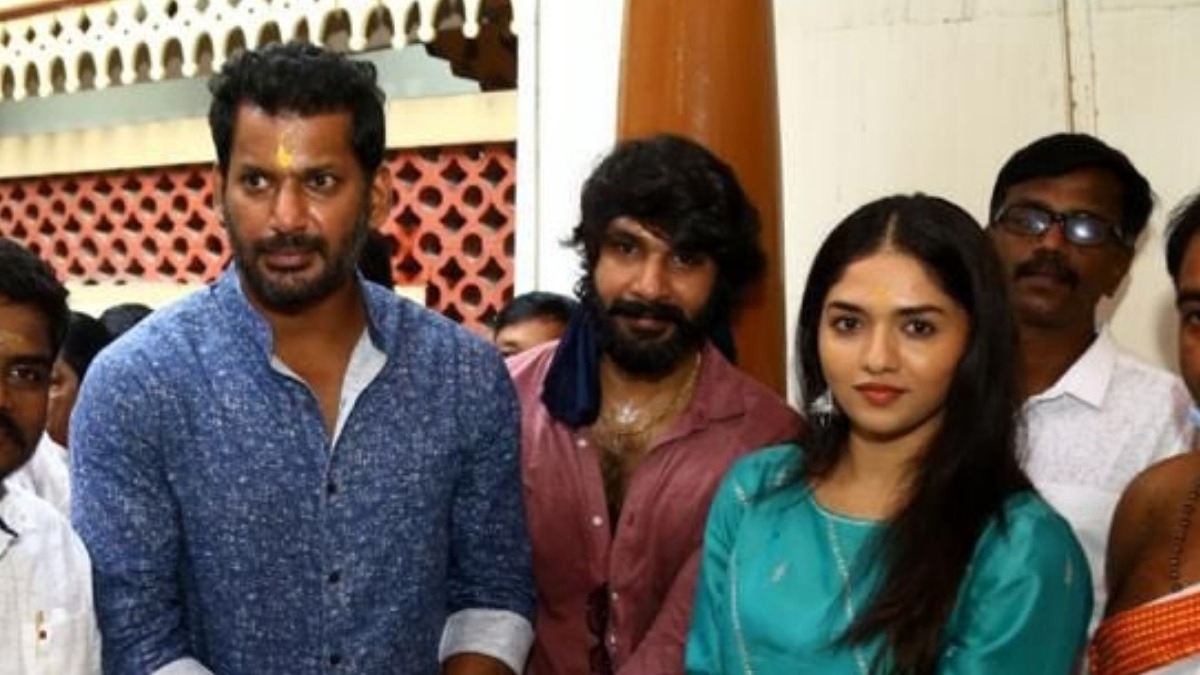 Vishal is living up to his reputation as the leading action hero not only on screen but also in real life too. In the past few months he has quickly wrapped up two big projects ‘Enemy’ costarring Arya and ‘Veeramae Vaagai Soodum’ the latter also produced by him.

On August 29th Vishal’s next movie ‘Vishal 32’ was launched with an auspicious pooja. The photos of the event have just been released. The film is produced by Vishal’s close friends and actors Nandha and Ramanaa under the banner Rana Productions.

‘Vishal 32’ has Sunainaa as the leading lady and she is reuniting with Vishal after eight years since they starred together in the action-thriller ‘Samar’ in 2013. The film is directed by debutante A. Vinoth Kumar and has music by Sam CS and cinematography by Balasubramaniem. The rest of the cast details will be out soon.