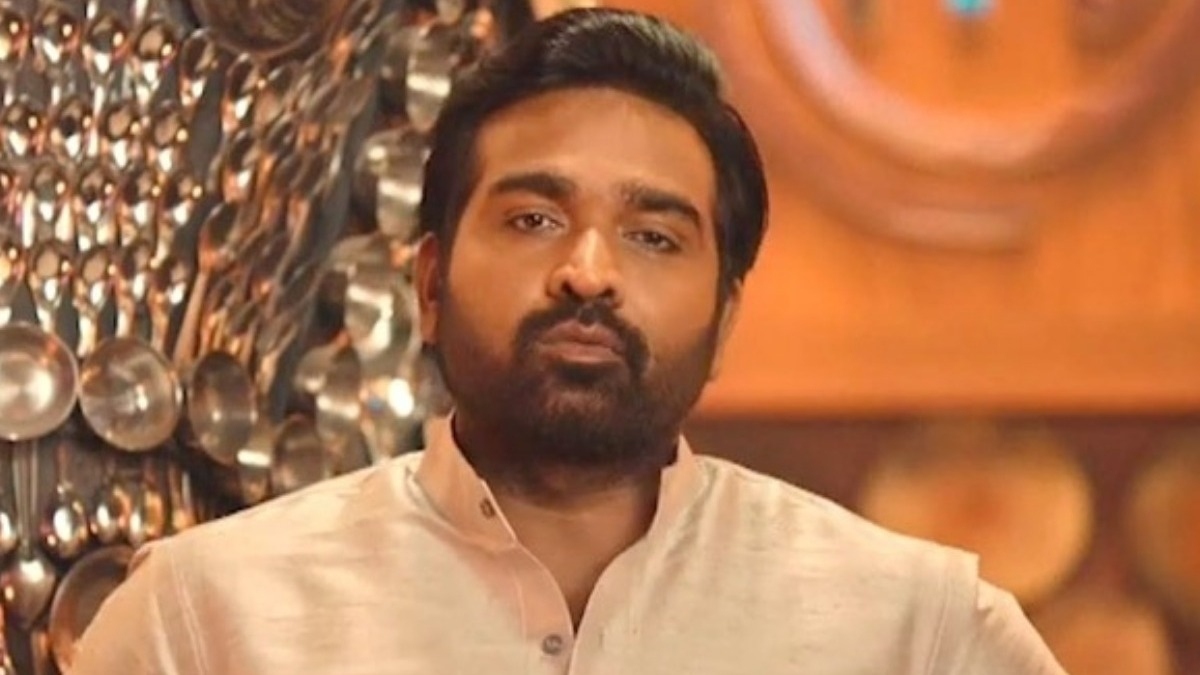 It is common knowledge that Vijay Sethupathi is one of the busiest leading actors in Indian cinema currently, juggling multiple projects in multi-languages. His current films under production are Kamal Haasan’s ‘Vikram’, ‘Kaathu Vaakula Rendu Kadhal’, ‘Viduthalai’, ‘VJS46’, ‘Merry Christmas’, ‘Gandhi Talks’, ‘Michael’ and the Bollywood web series directed by Raj and DK.

Apart from these, the Makkal Selvan is also in talks for new films with directors Premkumar, Lokesh Kanagaraj, Mahesh Narayanan and others. It is reported that for one such film the producers had approached young Tollywood actress Kriti Shetty to pair with the maverick actor.

Vijay Sethupathi apparently asked the team not to cast Krithi and look for some other actress. The reason why the multiple award winner did so was that in his Telugu debut movie ‘Uppenna’ Krithi played his daughter and he felt uncomfortable romancing her.

Kollywood is surprised that the top hero took a decision not to pair with a hot young heroine on sentimental grounds as in the past many heroes including Sivaji and Rajini have paired with actresses who earlier played their daughters.

Vijay Sethupathi meanwhile has a super busy month as his ‘Laabam’ is releasing in theaters worldwide on September 9th followed by his ‘Tuglaqh Durbar’ premiering on Sun TV on the 10th and on Netflix on the 11th. His ‘Annabelle Sethupathi’ costarring Tapsee Pannu and Yogi Babu will begin streaming on Disney Plus Hotstar on the 17th of this month.