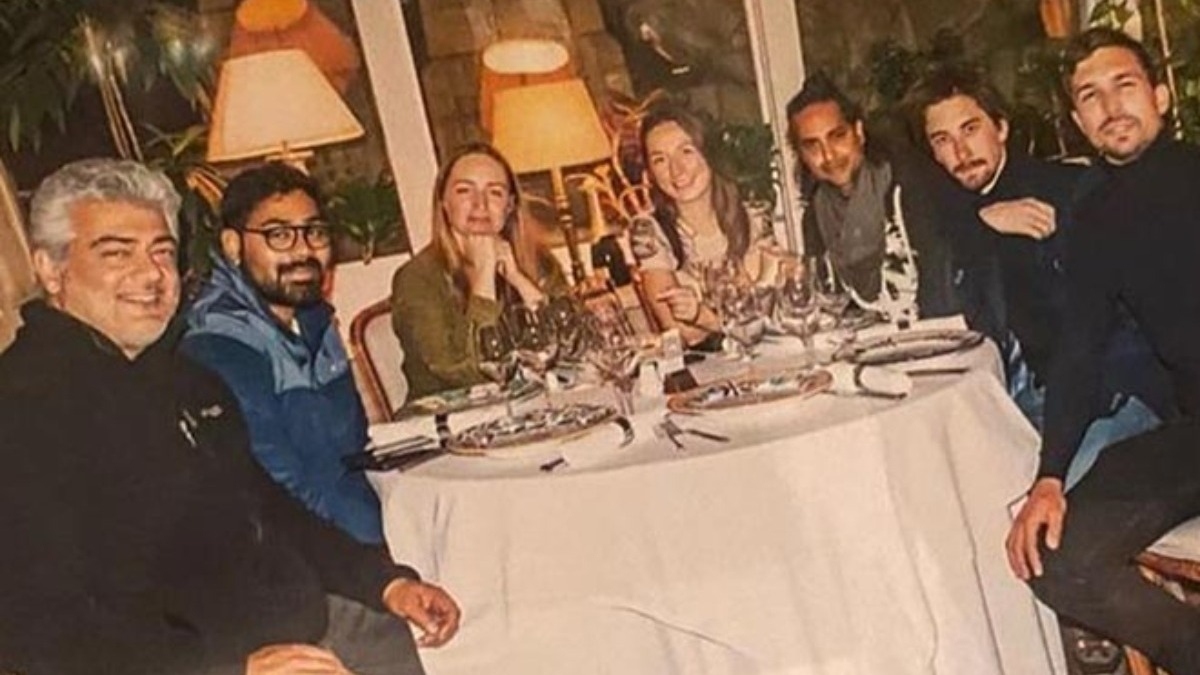 After the massive hit of Thala Ajith – H Vinoth – Boney Kapoor’s ‘Nerkonda Parvai’ the trio joined hands for yet another movie ‘Valimai’. The cop thriller was announced to be released on Diwali 2020 but was delayed due to the ongoing pandemic.

Thala Ajith flew to Russia to shoot an important fight sequence and also took a trip around the city with his bike along with his friends. The photos from his trip went viral a few days ago and his fans were excited to witness their idol in the billing costume.

Followed by this the BTS photos taken during the Russian schedule is now doing the rounds on the internet. The photos were released by the stunt crew who worked with Thala during the foreign shoot. The photos included the bike which was used by Thala, pictures of the track and BTS images of the fight sequence. The Russian team along with Thala Ajith and director Vinoth posed for a wonderful photo after the wrap.

Actress Vaishnavi Chaitanya who shared screen space with Thala also took to Twitter and posted a picture with him and wrote, “I’m Truly Blessed and So Happy to have shared the Screen Space with #ThalaAjith Sir. Ajith Sir is soo Down to earth and a very lovely and caring person. His presence makes the whole #Valimai Set on Fire. VALIMAI Diwali will be More special for me.” Valimai is expected to be released during Diwali and if things go right its will be a battle between Superstar’s ‘Annaatthe’ and Thala Ajith’s Valimai.