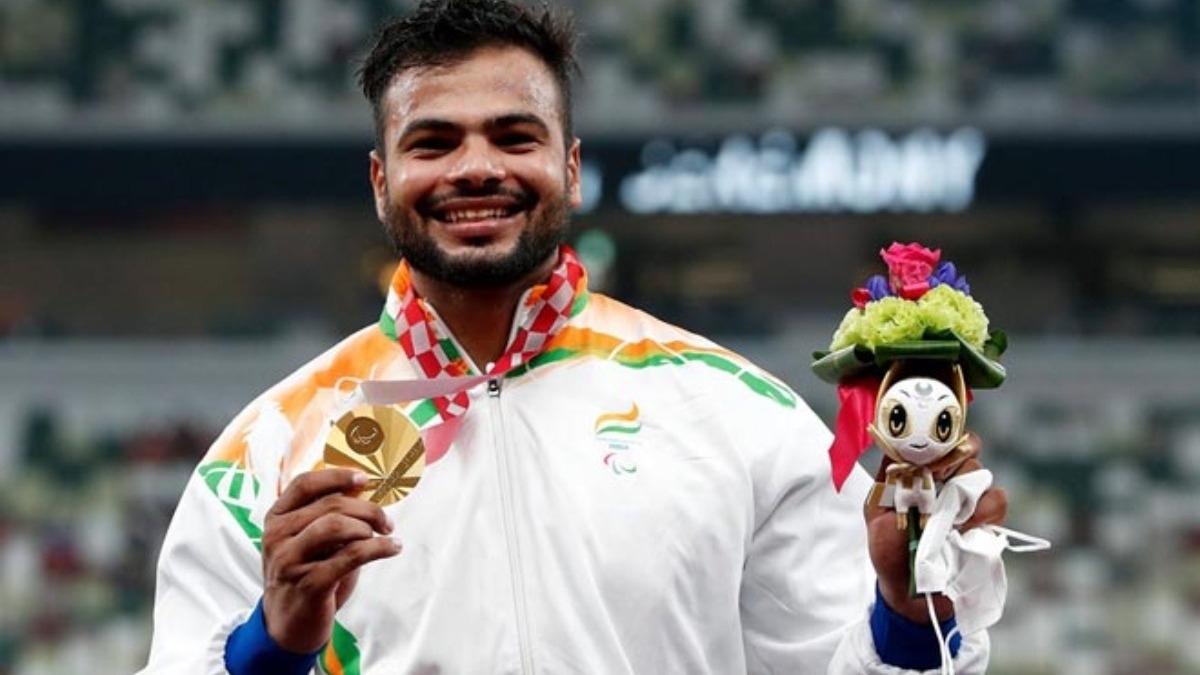 It’s a proud moment for India in the Paralympics as Sumit Antil soared to victory in the final of the men’s javelin throw (F64) event in Tokyo and set a new World Record thrice to win the gold medal.

India’s Sumit Antil won gold in men’s javelin throw (F64 category) on Monday as the country’s gold medal count increased to two at the Tokyo Paralympics. Sumit threw a world record 68.55m to confirm the gold medal. In an absolutely stunning performance, he set a new world records thrice in the final.

Wishes and congratulatory messages are pouring in for the para-athlete. Prime Minister Narendra Modi took to his Twitter and wished the champion, He wrote, “Our athletes continue to shine at the #Paralympics! The nation is proud of Sumit Antil’s record-breaking performance in the Paralympics. Congratulations Sumit for winning the prestigious Gold medal. Wishing you all the best for the future.”Sumit’s achievements stunned the viewers all over the world as not only did he better his standing world record of 62.88m in the F64 category with his very first throw but he also went past his first attempt of 66.95m twice. Sumit threw 68.08m in his second attempt before spearing the javelin for the best effort of 68.55m in his fifth.