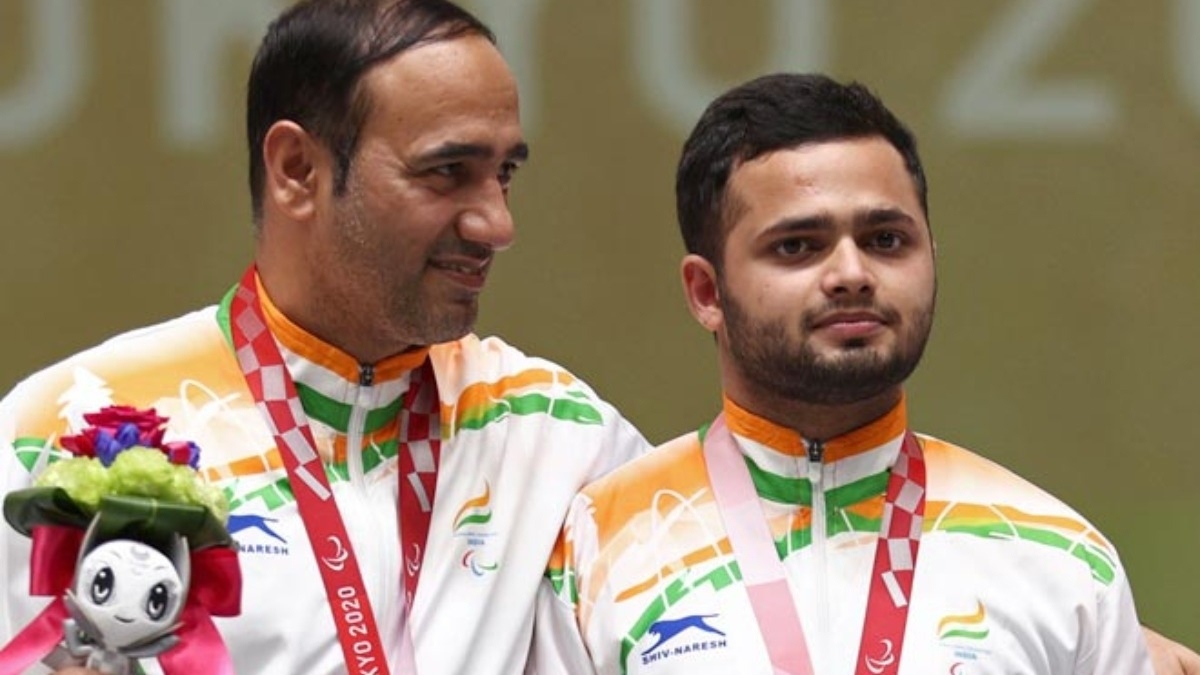 Indian players are scripting new histories day by day at the Tokyo Paralympics 2021. Today, our shooters bagged 2 medals in a single event. Manish Narwal and Singhraj Adhana clinched the gold and silver medal respectively in the P4 – Mixed 50m Pistol SH1 final playoff. This is India’s 3rd gold medal in the ongoing Paralympics.

The 19-year-old Manish created the Paralympic record as he amassed 218.2 points to clinch the gold while Singhraj grabbed the silver medal with 216.7 points. Adana had already bagged the bronze in the P1 men’s 10m air pistol SH1 event on Tuesday and he won his second medal in the Tokyo Paralympics now.

Singhraj Adhana started better of the two Indians in the final as he was placed in the lead at the table after the first 10 shots while amassing 92.1 points. Manish who finished seventh in the qualification, had a very jittery start to the final as he gathered 87.2 in the 1st competition stage. Singhraj and Manish then sparred against the early charge of the Chinese pair in the elimination stage.

Manish dramatically dropped to the 4th position after the 18th shot. But in his 19th and 20th shot, the 19-year-old Indian aimed a sensational 10.8 and 10.5 to grab the first place from Singhraj. With a fight against the compatriot for a first-place finish, Manish finished with an 8.4 and 9.1 meanwhile Singhraj aimed 8.5 and 9.4 in his last two shots. After clinching two medals from the same event, India now has a total medal tally of 15.

And the nation has a teenager at the ?? of the podium – #Gold for Manish Narwal ♥️#Tokyo2020 #Paralympics #ShootingParaSport pic.twitter.com/sD5X7mneOm