These are the best laptops to play GTA 5 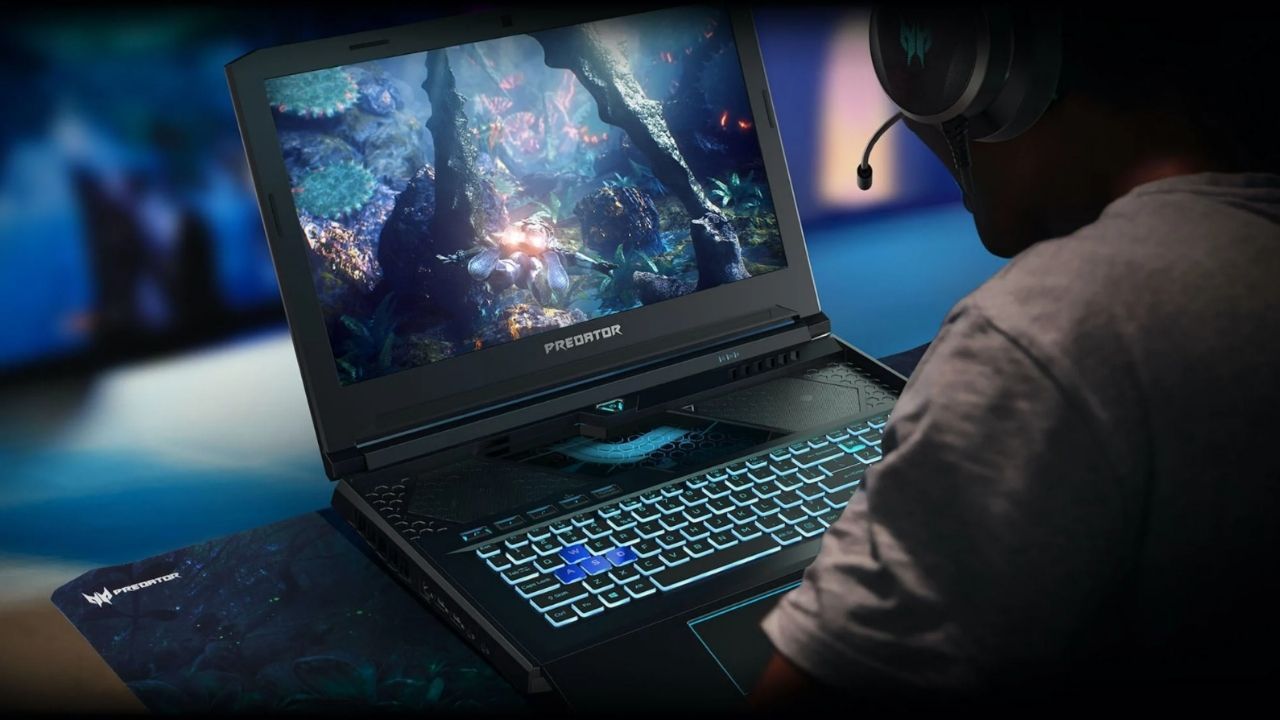 Rockstar Games’ Grand Theft Auto 5 (GTA 5) is still one of the most popular games around. Although it’s an 8-year-old game, there’s a very good chance that you are still playing it or are planning to get started. GTA 5’s open-world gameplay can be a bit taxing, but it’s nothing that a laptop can’t handle.

We will be taking a look at some gaming laptops for Grand Theft Auto 5 and see how much you really have to spend in order to play this game. If you are getting a laptop for GTA 5, it goes without saying that it can also handle a lot of modern games as well. With that being said, these are the best laptops to play Grand Theft Auto 5 –

Before we dive into the laptops section, let’s take a look at the system requirements in order to filter out top laptops for GTA 5 –

The Acer Aspire 3 is an entry-level gaming laptop that should be powerful enough to run GTA 5 on medium settings, FullHD (1080p) resolution. The laptop is powered by an Intel Core i5-1035G1 processor, and it also comes with the Nvidia GeForce MX330 GPU. Unlike most other entry-level laptops, this one comes with a dedicated MX330 GPU which is going to improve gaming performance.

GTA 5 is definitely playable on laptops with integrated graphics chips as well, but having a discrete GPU will fetch you a better performance. Besides the gaming performance for GTA 5, the Acer Aspire 3 is also good for day-to-day usage. It comes with a 15.6-inch FHD panel, plenty of ports for connectivity, a decent-sized battery, and more. For Rs 47,990, we think this is going to be your best and anything less than this will pretty much struggle to run it.

With the Acer Predator Triton 300, we are now looking at gaming laptops that are going to be significantly better than the ones we have mentioned above. The Predator Triton 300 that we had reviewed earlier, comes with a 9th Gen Intel Core i7 processor and an Nvidia GeForce GTX 1650 GPU. You can now get an updated version of the laptop with a newer 10th Gen processor which is going to be even better for playing GTA 5.

The Acer Predator Triton 300 being a gaming laptop, is going to be much better for gaming in general and not just for GTA 5. The Predator Triton 300 gaming laptop comes with some great features for gaming like the Killer’s E2600 Ethernet Controller and the Killer Wi-Fi 6 AX1650i. You also get a 4-zone RGB customized keyboard to give it a touch of gaming. The laptop also comes with features like the PredatorSense and Predator CoolBoost to handle the performance.

ASUS’ TUF gaming laptop line-up includes a lot of good budget gaming laptops that deliver reliable performance without breaking the bank. The ASUS TUF A15 is a solid performer, and it should have absolutely no issues running GTA 5. We say that because we managed to run a lot of AAA titles as a part of our benchmarking process, and it handled them without any issues.

The ASUS TUF A15 gaming laptop is powered by AMD’s Ryzen 7 4800H and the Nvidia GeForce GTX 1660Ti  GPU. Besides gaming, the TUF A15 can also handle other workloads, making it a very good option for day-to-day usage as well. It’s not a super thin or light gaming laptop, but it’s not very bulky or difficult to carry around. You can check out our detailed review of the laptop right here. You can also choose to spend a bit more and get the new Ryzen 5000 series processors.

If you want the absolute best experience while playing GTA 5 and don’t have the budget-barrier, then we recommend getting the Alienware Area 51m. Unlike other laptops on the list, this is a desktop replacement that offers insane performance. You get the 9th gen Intel Core i9-9900HK processor and Nvidia’s RTX 20-series GPU.

It goes without saying that this laptop can perfectly run the GTA 5 at max settings and deliver solid frames. The laptop comes with a 17.3″ FHD panel with support for up to 144Hz refresh rate and Nvidia G-Sync. As an Alienware laptop, the laptop also comes dripping with RGB lighting and a chassis that screams gaming. You will be playing some big bucks for this laptop though, so keep your credit cards ready.

ASUS’ ROG Strix G7 laptop delivers incredible performance with its top-of-the-line internals. ASUS has packed the laptop with the new Ryzen 5000 series processors and Nvidia’s new 30-series GPUs. These laptops come with a display that supports up to 300Hz refresh rate and a 3ms response rate. You also get support for up to 64GB RAM and up to 2TB SSD.

With specs like that, the ROG Strix G17 will comfortably handle GTA 5. In fact, it’s great for running all the modern AAA titles as well. You can also check out the other options in the ROG Strix series that are powered by the same Ryzen 5000 series and Nvidia’s RTX 30-series GPU.