The most-awaited trailer of ‘The Matrix: Resurrections’ is finally here: a Visual extravaganza! – Tamil News 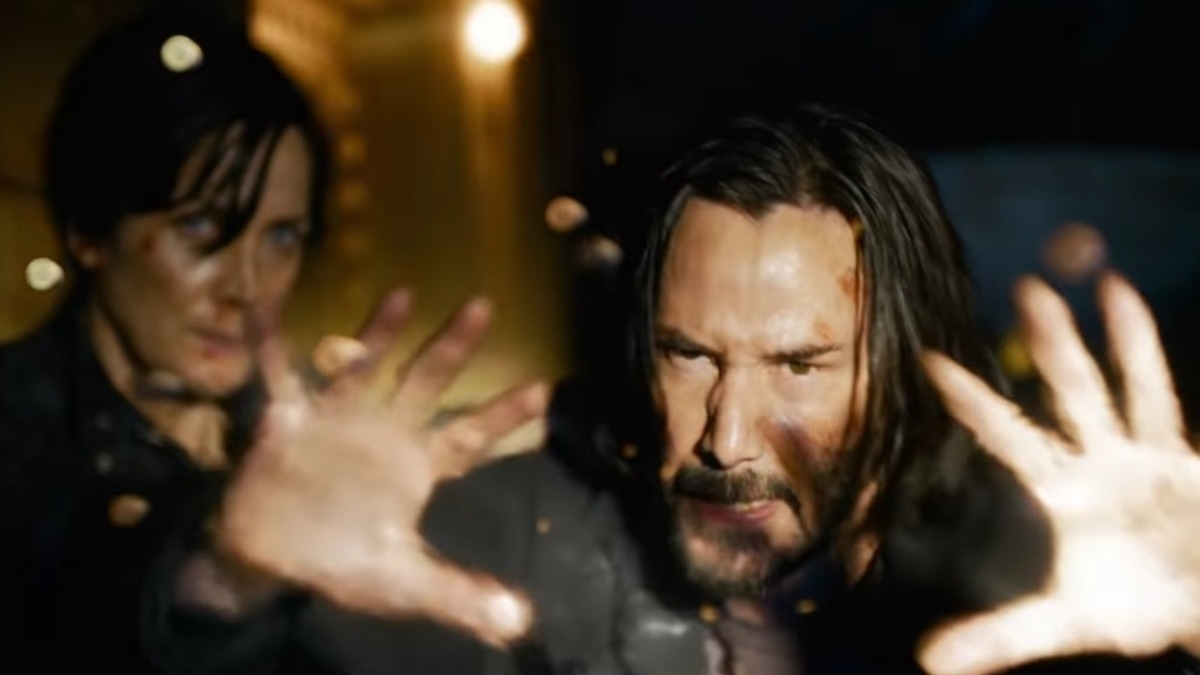 Indiaglitz broke to you first that the first official trailer of ‘Matrix 4’ titled ‘Resurrections’ was premiered at CinemaCon 2021. We also reported that the team teased the audience with glimpses of the trailer with innovative website technology. The website gave away two teasers one for the red pill and one for the blue pill like in the franchise.

The Matrix film series is one of the world-famous franchises in cinema history. The trailer, which debuted at the CinemaCon, is aired online finally after two weeks. The first full-fledged glimpse of The Matrix: Resurrections is nothing short of a visual extravaganza. The epic promo had everything: a lot of twists in midair, karate and all the acrobats.

Keanu Reeves returns as Neo with his long hair and bearded ‘John Wick’ look. The trailer begins with Neil Patrick Harris talking to Keanu Reeves’ Neo. A near-future San Francisco. It appears that Neo is trapped in a humdrum world, much like his first self in the 1999 movie. He’s just not getting his surroundings. “Am I crazy?” asks Neo. “We don’t use that word in here,” replies the therapist.

Reeves comes in contact with Carrie Anne Moss’ Trinity in a cafe: “Have we met?” she asks Neo. The video was progressing gradually with the ‘White Rabbit’ song in the background. The actor was taking a lot of blue pills which allows the subject to remain in the fabricated reality. Then a shot of Neo distorting into an old man in the mirror. A younger Morpheus tells Neo “time to fly,” handing him a red pill.

Then, the trailer turns completely contrast when Neo takes the red pill. Then a lot of Motorcycles, helicopters, rocket launchers, jumping off buildings in incredible slow-mo. It is all we expect from a Matrix movie. The 3-minute-long trailer concludes with the dialogue, “After all these years… to be going back to where it all started. Back to the Matrix.” MATRIX IS OFFICIALLY BACK!

Keanu Reeves, Carrie-Anne Moss, and Jada Pinkett Smith reprise their roles from previous films. Yahya Abdul-Mateen II, Jessica Henwick, Jonathan Groff, Neil Patrick Harris, Priyanka Chopra Jonas, and Christina Ricci are the new additions to The Matrix 4. Lana Wachowski, who directed the original Matrix trilogy, is the co-writer and director of this film. The Matrix: Resurrections is slated to hit the cinemas on 22nd December 2021 in English, Tamil, Telugu and Hindi.

The Matrix Resurrections in theaters and on HBO Max December 22 #TheMatrixMovie pic.twitter.com/USY3CKSgXq