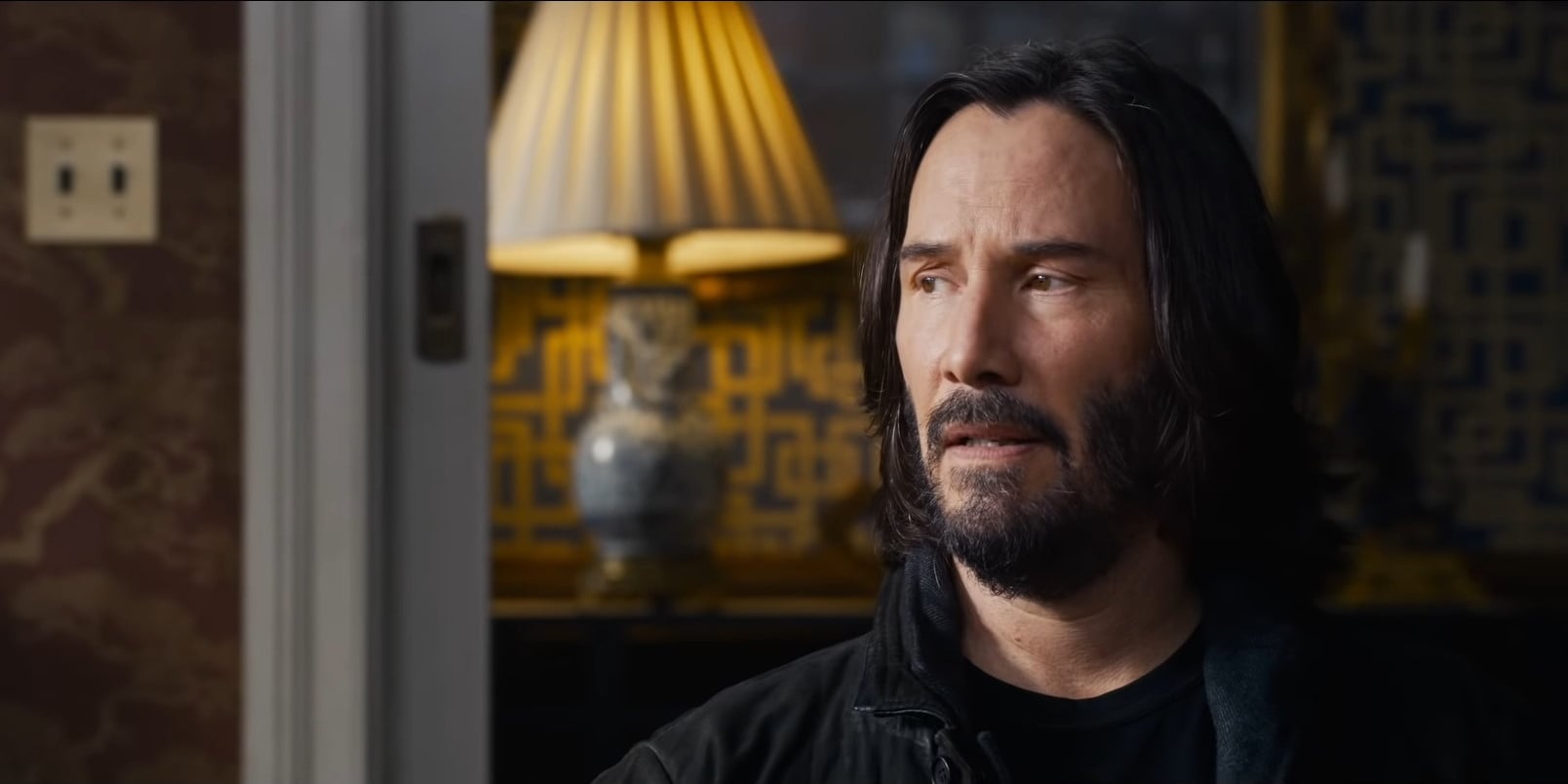 The Matrix Resurrections trailer is here — in English, Hindi, Tamil, and Telugu. As promised, Warner Bros. has unveiled the first full-length trailer for the fourth Matrix movie, that brings back both Keanu Reeves’ Neo, and Carrie-Anne Moss’ Trinity, who find themselves back in the virtual world that started it all. The Matrix Resurrections trailer shows that Neo and Trinity don’t recognise each other, and hints at major parts for Yahya Abdul-Mateen II (who seems to be playing a younger take on Morpheus, though maybe it’s just the similar get-up) and Jessica Henwick (sporting blue hair and looking completely unlike how we know her from Game of Thrones and Iron Fist). The Matrix Resurrections is coming to HBO Max (in the US) and cinemas (globally) the week of Christmas.

Thomas Anderson/ Neo (Reeves) is at a therapy session with Neil Patrick Harris at the start of The Matrix Resurrections trailer, when he sees a black cat, just like the one from the deja vu moment in The Matrix. He says he’s had dreams that weren’t just dreams and wonders if he’s crazy. Patrick Harris says they don’t use that word in here. Elsewhere, Neo meets Trinity but she doesn’t know him, we get a glimpse of Priyanka Chopra Jonas’ character, before a very Morpheus-looking Abdul-Mateen II tells Neo: “Time to fly.” Later, Henwick tells Neo to follow him if he wants the truth (is she in the Trinity role now?), before they walk through a door and end up seemingly in The Matrix.

Behind the scenes, Lana Wachowski — one half of the Wachowskis, who helmed the first three movies, The Matrix, The Matrix Reloaded, and The Matrix Revolutions — returns as director on The Matrix Resurrections. Filmmaker Lily Wachowski is not a part of The Matrix Resurrections, as she’s busy with Work in Progress. Lana is also co-writer on the fourth Matrix movie alongside Cloud Atlas author David Mitchell and The Lazarus Project author Aleksandar Hemon, who worked with the Wachowskis on the Sense8 finale. John Toll (Cloud Atlas, Jupiter Ascending) is set as the cinematographer. Joseph Jett Sally (Work in Progress) is the editor. Johnny Klimek and Tom Tykwer (Cloud Atlas, Babylon Berlin) are the composers on The Matrix Revolutions.

Lana is also a producer on the fourth Matrix movie in addition to Grant Hill and James McTeigue. Bruce Berman, Jesse Ehrman, Garrett Grant, Terry Needham, and Michael Salven served as executive producers. Miki Emmrich, Christoph Fisser, Henning Molfenter, and Charlie Woebcken are co-producers. The Matrix Resurrections is a production of Village Roadshow Pictures, Wachowskis Productions, and Silver Pictures. The Matrix Resurrections was filmed on location in Chicago and San Francisco, and on stages at Berlin’s Babelsberg Studio. Filming was interrupted due to COVID-19, before resuming last August and wrapping in November.

The Matrix Resurrections is out December 22 in cinemas worldwide. In the US, it will also be available day one on HBO Max (for the first month after release) at no additional cost. In India, the fourth Matrix movie will release in English, Hindi, Tamil, and Telugu.