The high-octane first look of Dhruv Vikram from ‘Mahaan’ is out! – Character revealed – Tamil News 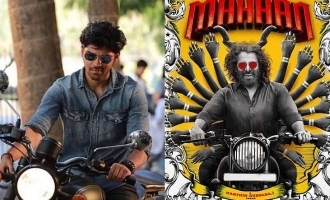 Kollywood’s most famous father-son duo Chiyaan Vikram and Dhruv Vikram are currently starring in the upcoming movie of talented director Karthik Subburaj. Last month, Indiaglitz had reported that ‘Mahaan‘ is the powerful title of Vikram and Dhruv starrer ‘Chiyaan60‘. Read at: https://www.indiaglitz.com/chiyaan-60-title-mahaan-fl-vikram-dhruv-vikram-karthik-subbaraj-vani-bhojan-simran-tamil-news-293462

Today, the makers of Mahaan have unleashed the Dhruv character’s first look and poster reel. The actor appeared in an avatar of “Chinese deity” in the poster with a water dragon surrounding his body and also a sun zodiac sign was seen in the background. Dhruv sported a look with a thick beard and was in well worked out shape. He had a pendant on him with the same sign that was on the poster background. 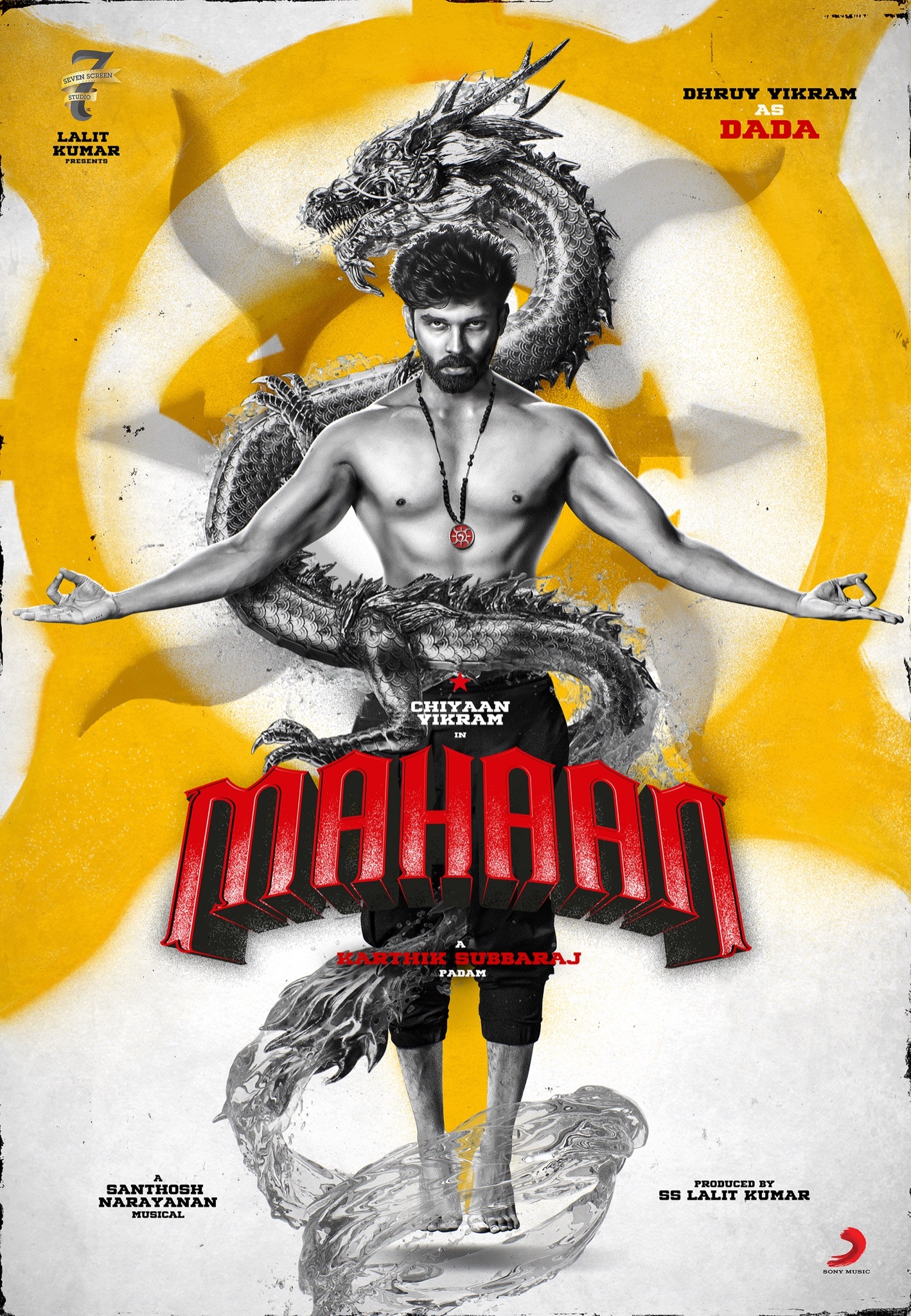 Dhruv Vikram’s character name in Mahaan will be ‘DADA‘. The poster reel video was in black and white, similar to the one that team made for Chiyaan. In the monochrome video, the Chinese cultural dance was showcased like a Tamil rural culture was found in Vikram’s reel. Dhruv was meditating with the Chinese heritages around him in the promo. The reel also featured a ‘Thirukkural’ about father and son. The actor is said to be playing a cop in this film.

Santhosh Narayanan is scoring music for this film. His background scores in both the poster reels were astounding. Produced by Lalit Kumar of Seven Screen Studios, Mahaan also stars Simran, Vani Bhojan, Bobby Simha and Sananth in the major roles. The post-production works are going and the dubbing works have begun. The makers are planning to release Mahaan on a festive release date later this year.