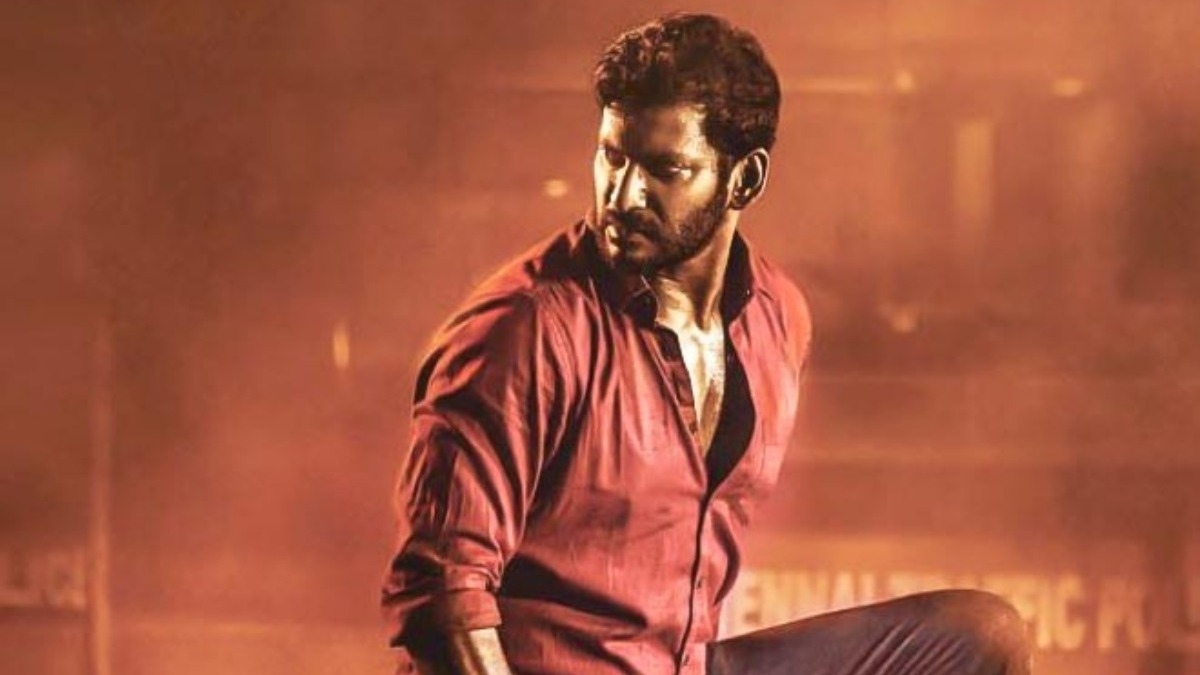 Vishal is a popular action hero in Kollywood. His upcoming film ‘Enemy’ is in the final stages of post-production and he kickstarted his next venture ‘Vishal32’ with a pooja on August 29. The actor had wrapped up the shooting of his 31st last month and the latest is that he has started dubbing for Vishal31.

On August 29, the makers of ‘Vishal31’ revealed the title ‘Veeramae Vaagai Soodum’ and unveiled the first look on the special occasion of Vishal’s birthday. Today, He took to his Twitter to share that the dubbing works of the film have commenced with a small pooja. Sharing pictures and a video of the pooja, Vishal posted, “Veeramey Vaagai Soodum dubbing started today. #Vishal31”

The action entertainer, which has Dimple Hayathi as the female lead is directed by Thu Pa Saravanan of short film Edhu Thevaiyo Adhuve Dharmam fame. Produced by Vishal Film Factory, the movie is releasing in two languages as ‘Veerame Vaagai Soodum’ in Tamil and ‘Saamanyudu’ in Telugu. The makers are eyeing a January 2022 release.

Veeramae Vaagai Soodum is about a normal man from a middle-class family questioning the authorities for abusing their powers. The star cast also includes well-known actors like Prakash Raj, Mamta Mohandas and others. The soundtrack and background score is composed by Young Maestro Yuvan Shankar Raja.