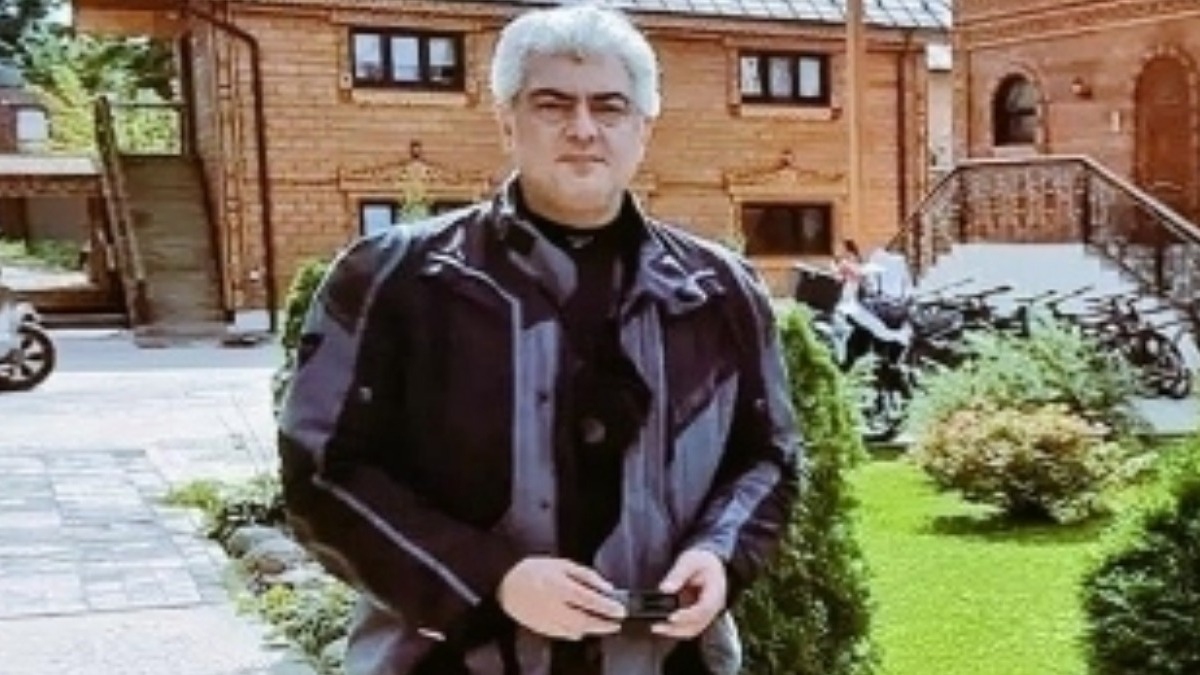 Thala Ajith is not only one of the most charismatic and talented superstars of the South Indian film industry but also a great human being who inspires his fans day in and day out. The amazing thing his that he seldom publicizes his philanthropy and keeps a low profile away from the limelight.

Every single day a YouTube video is posted in which a celebrity or a common man speaks volumes of Ajith’s generosity. Now his fame has transcended borders and has reached Russia too.

Ajith is right now in Russia where he flew to wrap up the final schedule of his much-awaited ‘Valimai’ directed by H. Vinod. Though the team has returned to India the adventurous hero has stayed back to embark on a long journey across the snow-covered land on his bike.

Meanwhile, the limo driver who drove Ajith every day to the shooting spot was so awe-inspired by Ajith that he has presented gifts to the mass hero. Alex has gifted t-shirts with “Kolomna loves you” and “Ajith is the best” and also the Bucheron milky nuts chocolate box as a token of appreciation.

Kolomna is the city in which Ajith shot for ‘Valimai’ and this shows that he has won the entire population there. Well that’s Thala for you.