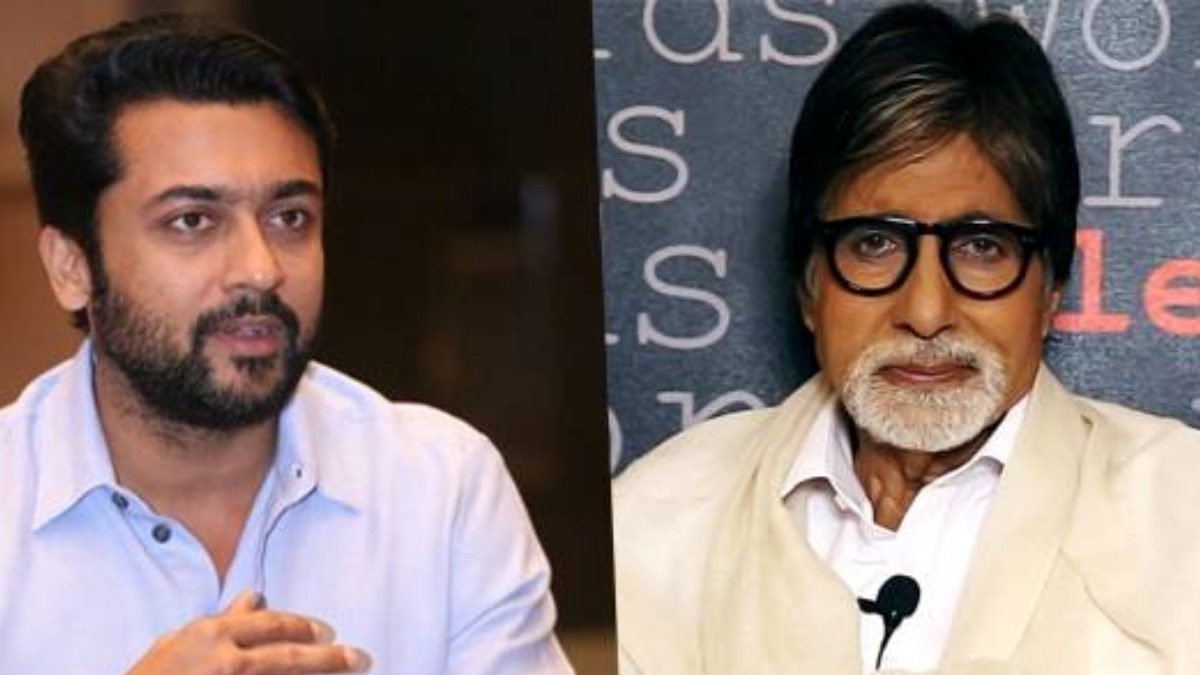 The evergreen superstar of Indian cinema, Amitabh Bachchan has always remained close to Tamil cinema. He has closely bonded with stalwarts such as the late Sivaji Ganesan and is a very close friend of both Superstar Rajinikanth and Ulaganayagan Kamal Haasan.

Amitabh last night had watched the song ‘Kaiyile Aagayam’ from the blockbuster hit movie ‘Soorarai Pottru’ tuned by G.V. Prakash Kumar and sung his wife Saindhavi. Moved by the powerful emotions he took to tumblr to pen a heartfelt note.

The doyen sharing the video wrote “There are times, and there are times, and times bring more than expected at times .. last night was such .. and the emotion so great that it was difficult to control the tears .. and each time it was presented it flooded the eyes .. .. the moment cannot be shared just yet, but its lead up is here .. .. a song .. a Tamil song from a Surya film .. Surya the super star of the South .. the moment is heart breaking in the film as can be seen in the video, but yesterday it was put in a different context .. more real .. and it has made it simply uncontrollable for me stop the tears …. it bears the feel of emotion between a Father and Son .. .. this is the video ..”

Amitabh Bachchan has even translated the song and has shared it with his tumblr followers heaping high praises.

.. and these are the words in translation :

Your love brought the skies within our grasp!

This will live on, even when time is gone!

As tears filled our eyes, as scorched fields put up a fight.

A thousand flowers now in sight! Time to smile, son!

Even a dried-up well with milk can swell!

Even from a bitter herb, honey can flow!

Under the hot summer sky, a gentle drizzle floats by;

as it falls on parched throats, the town entire float.

Your love has placed the skies within our reach!

This is going to live on, even though time is gone!

As tears filled our eyes, as scorched fields put up a fight,

A thousand flowers now in sight! Time to smile, son!

As she fed you, plate in hand, Mother pointed to the faraway moon!

Now, the time has come For the mother to taste the moon!

The people who waited With yearning look in their eyes.

They can now sail to the skies. For sorrow has met its demise!

The living legend has concluded “the song is so beautiful , so sonorous, so fluid and so touching the heart .. ahh .. just mentioning it stirs the emotions .. its been that kind of day and I know it shall last for long , as do so many other moments .. I must leave now , for the desire to write more shall only bring in the tears .. sharing tears do bring the touch and feel of togetherness .. but so does the smile ..more smiles in your lives .. lesser tears .. “

GVP the music composer of ‘Soorarai Pottru’ directed by Sudha Kongara has gushed in reply “Thanks a lot sir … when an inspiration mentions about ur song Red heart
@SrBachchan”.

Thanks a lot sir … when an inspiration mentions about ur song ❤️ @SrBachchan https://t.co/Cj8RJVwVAP