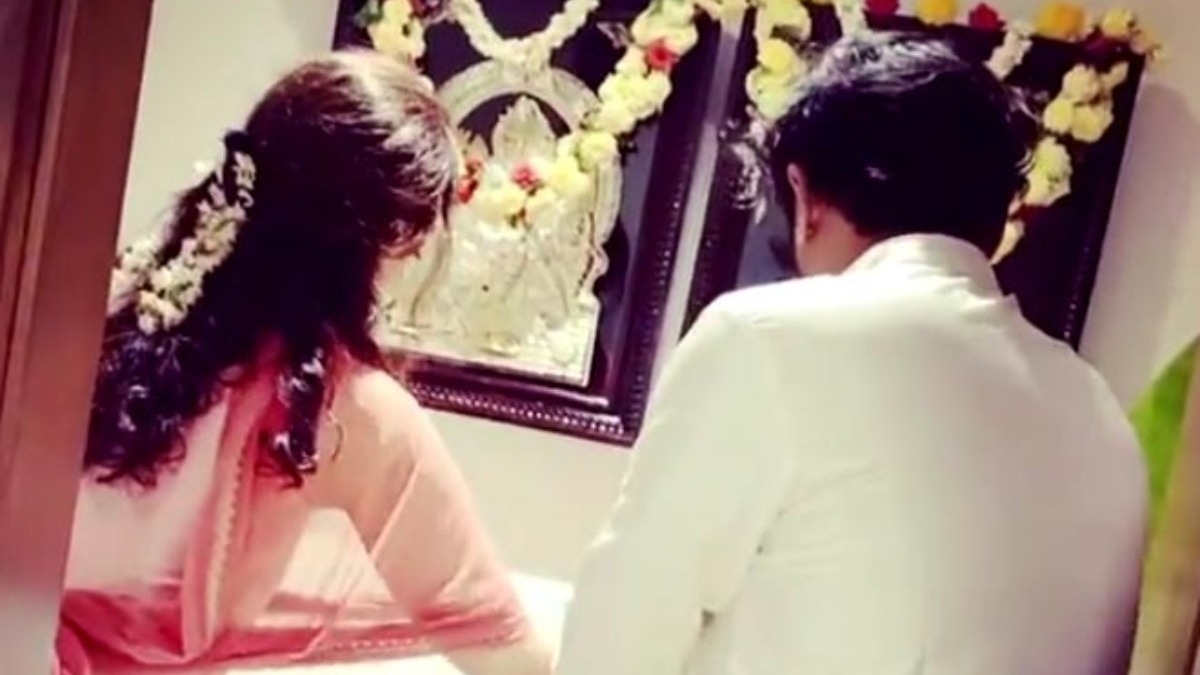 Actress Pranitha Subhash, who got married to her long term boyfriend businessman Nitin Raju in Bengaluru this year, shared a glimpse of her first Ganesh Chaturthi with her husband.

Pranitha took to her Instagram on Friday, September 10, to share a glimpse of her first Ganesh Chaturthi with her husband Nitin. In the video, the couple can be seen performing a puja. She also wished her fans on the occasion of Vinayaka Chaturthi.

Sharing the video, the Saguni actress wrote, “Happy Ganesha Chaturthi from us to you”. The couple started as friends and eventually fell in love with each other and tied the knot in a private wedding ceremony on May 31 this year.

On the professional front, This ‘Mass’ actress was seen in Bhuj: The Pride Of India with Ajay Devgn, which was released on Disney+Hotstar on August 13. She also played a pivotal role in Hungama 2, starring Shilpa Shetty, Paresh Rawal and Meezaan Jafri. Pranitha will officially announce her next line-up of films soon.