Streamers get together to raise funds for COVID relief 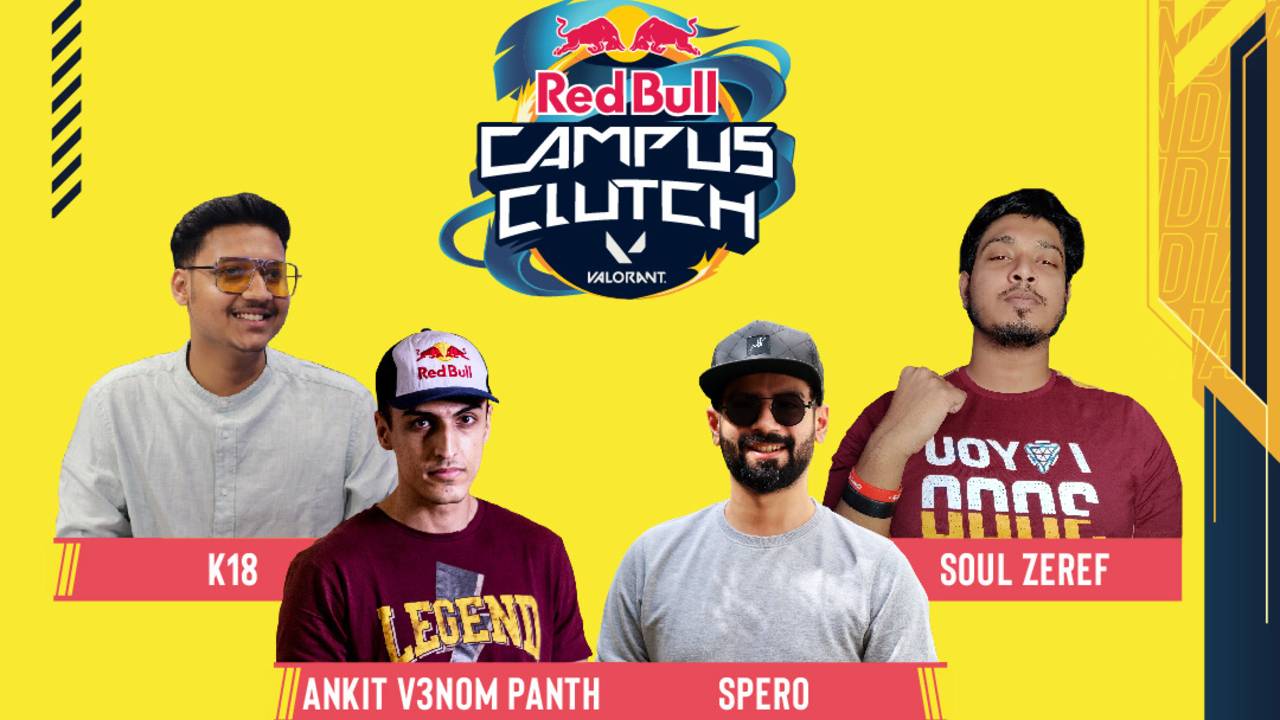 Read the complete press release below

On 29th May, 4 teams will play 2 semi-finals to reach the top 2 teams of the tournament. These 2 teams will go head to head to be crowned India’s winning team of the first edition of Red Bull Campus Clutch. The National Finals will be broadcasted from the Sky Esports Studio in 8 regional languages including Hindi, English, Punjabi, Bengali, Malyalam, Tamil, Telugu and Kannada. Big names in Gaming like Mortal, Dynamo, Xyaa and K18 will feature in the stream on 29th and support the fundraising initiative in association with GiveIndia and Hemkunt Foundation for Covid Relief across the country. Red Bull India Athletes Ankit Panth (one of India’s most popular gaming athletes) and Riyan Parag (one of India’s most promising cricket sensations) will also feature and interact in the stream with players also joined by a female magician/illusionist, Suhani Shah who will conduct a mentalism session with them during the stream.

Through Red Bull Campus Clutch, Red Bull India partners with GiveIndia to raise funds for Covid Relief across the country with broad causes including oxygen and critical medical supply, isolation and treatment centres, immediate cash relief to underprivileged families who lost a loved one due to Covid and food/ration for the poor. Red Bull India also partners with Hemkunt Foundation to raise funds to further drive their efforts in supplying O2 Cylinders to patients across the country.

Priyanka Prakash, Head – Online Giving, Marketing & Partnerships, GiveIndia, commented, “With our partnership with Red Bull Campus Clutch, GiveIndia’s Covid response efforts have received a substantial uplift. Enthusiastic participation of the gaming community and engagement with millions of viewers will help us in raising funds that will go a long way in helping Covid patients and hospitals with life-saving medical equipment and humanitarian aid.”

Ketan ‘K18’ Patel, the content creator for 8bit, said, “I am so happy to be a part of Red Bull Campus Clutch tournament. Plus, the situation that our country is facing, we all will be gathering for a good cause with the help of Hemkunt Foundation and GiveIndia. Red Bull is giving many young guns a golden chance to get wings and fly and I wish them all the best. So excited for the event and see you all there. Cheers!”

“Super excited to be a part of the Red Bull Campus Clutch stage where new faces are getting their chance to shine. Also, Kudos to Red Bull India for reaching out to Hemkunt Foundation and GiveIndia and making this event be an even better cause. Hoping to see an action-packed final and may the best team win! See you all at the event.”, ‘Soul Zeref’ Dhar added.

The competition challenges student gamers of all levels across the nation to team up, represent their campus, and compete on the world stage to create history for their university and their country. To enter the exciting global event, students had to rally up their team of five and register to compete across three phases: Qualifiers, National Finals and World Final. The qualifiers for Red Bull Campus Clutch in India kicked off with 12 online and 4 offline qualifiers in India from 20th February to 13th April. Winning teams from the 16 qualifiers went through the Round of 16 on 15th May, from which 8 teams go head to head on 22nd May (today), from which 4 finalist teams will battle it out at national finals on 29th May, where the best student VALORANT team in the country will advance to the World Final, where only the very best will face off to take home the ultimate glory. The stakes are high as national finalists will have the once in a lifetime opportunity to compete at a World Final and battle the best student VALORANT players in the world, and on top of that win a cutting-edge gaming hub for their university. At the World Final, teams will face off for €20,000, and an exclusive chance to see the biggest stars in VALORANT compete at the VALORANT Masters, the official stage of the Champions Tour esports structure.

Red Bull Campus Clutch offers a level playing field and a starting point for any up-and-coming VALORANT teams to be recognized on an international circuit. Teams from more than 50 countries have the opportunity to compete against players from all over the world, hone their skills, and understand what it takes to compete professionally.

As the esports industry continues to thrive, university esports ensures the ecosystem remains sustainable and provides a much-needed path for new talent. Red Bull Campus Clutch is a new grassroots event that aims to take university esports to the next level by creating a global structure, inviting students to not only represent their campus, but their country, and pave the way for the next generation of esports pro players.