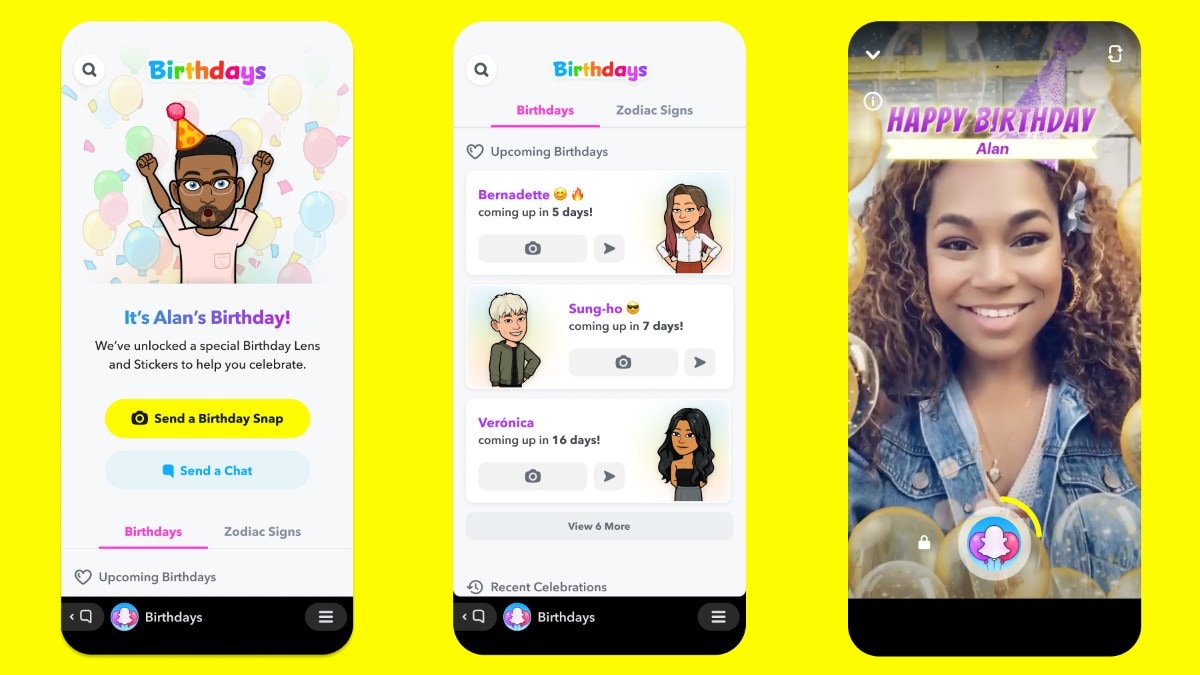 Snapchat has introduced a new Birthdays Mini feature in India and other countries to allow users to keep a track of all their friends’ birthdays easily. With the latest feature, users can also get personal greetings and birthday messages from their friends on the platform. The new feature on the photo- and video-sharing platform will show Snapchatters a list of upcoming and recent birthdays. It will also display birthdays organised by zodiac signs in a separate tab. Along with tracking friends’ birthdays, a user can even countdown to their own birthday.

Snapchat users who have opted to have their birthdays mentioned on their Snapchat profiles will have their birthdays listed in the Birthdays Mini list. Also, the company confirmed that it will not display the birth year or age of the user to others —only the user can see this information.

“Today we launched Birthdays Mini to make it fun and easy to remember and celebrate your Snapchat friends’ birthdays! You can enjoy personal greetings and birthday messages from your friends — all inside of Snapchat”, the company said in a statement.

The latest feature is available on the social media app for both Android and iOS users starting today (September 9). Snapchat says users across the globe can use this feature and it can be found behind the rocket icon in Chat. It can be also accessed via the search bar in the application.

Recently, Snapchat brought the Scan feature to the app’s homescreen to enhance augmented reality (AR) based experiences for its users. Using the Scan feature on the homescreen, people can easily access AR-based filters and lenses to discover and understand their surroundings. The latest feature will be displayed at the front and centre of the Snapchat app alongside the existing Snap Map, Chat, Stories, and Spotlight icons. With this feature, Snap offers suggestions including camera shortcuts and new shopping capabilities to users directly from the homescreen of the Snapchat app.

OnePlus to Launch Phones Priced Under Rs. 20,000 in India: Report