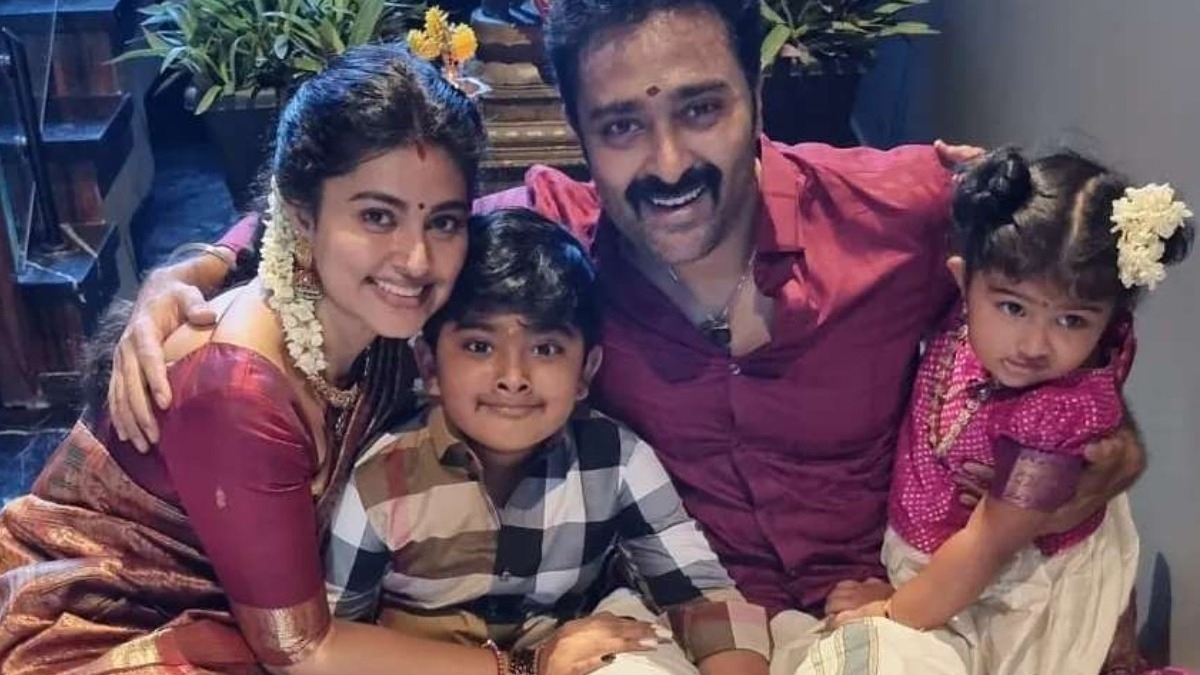 The ever-gorgeous Sneha celebrated Vinayagar Chaturthi with her family of four yesterday and the photos have taken the internet on the storm. She celebrated the festive of Ganesha in a traditional way in her residence and also shared some photos of it.

The actress, who keeps herself very active on social media, has treated her fans with the inside pictures of her celebration with her family. She also offered prayers to Lord Ganesha along with her husband Prasanna and children. The actress conveyed Ganesh Chaturthi wishes to everyone and captioned her post, “Happy Vinayakar Chathurthi!!!! May Lord Ganesha bless us all with peace n prosperity!!! Ganpathi bappa morya!!!!!!!.”

The couple opted to go with matching outfits even this time. Sneha wore a paisley printed maroon pattu saree and matched it with a plain blouse with golden detailing. She completed the look with a pair of gold jhumkas and a neckpiece. Prasanna coordinated her with a silk maroon shirt and dhoti. They posed with their two cuties in front of the Vinayagar.

Coming to the movies, Sneha was last seen in the movie ‘Pattas’ opposite Dhanush. She will next be seen in a romantic drama film named ‘Vaan’ written and directed by R. Karthik in his directorial debut. The film also stars Ashok Selvan, Ritu Varma, Aparna Balamurali and Shivathmika Rajashekar. On the other hand, Prasanna will be seen in the film Thupparivaalan 2.