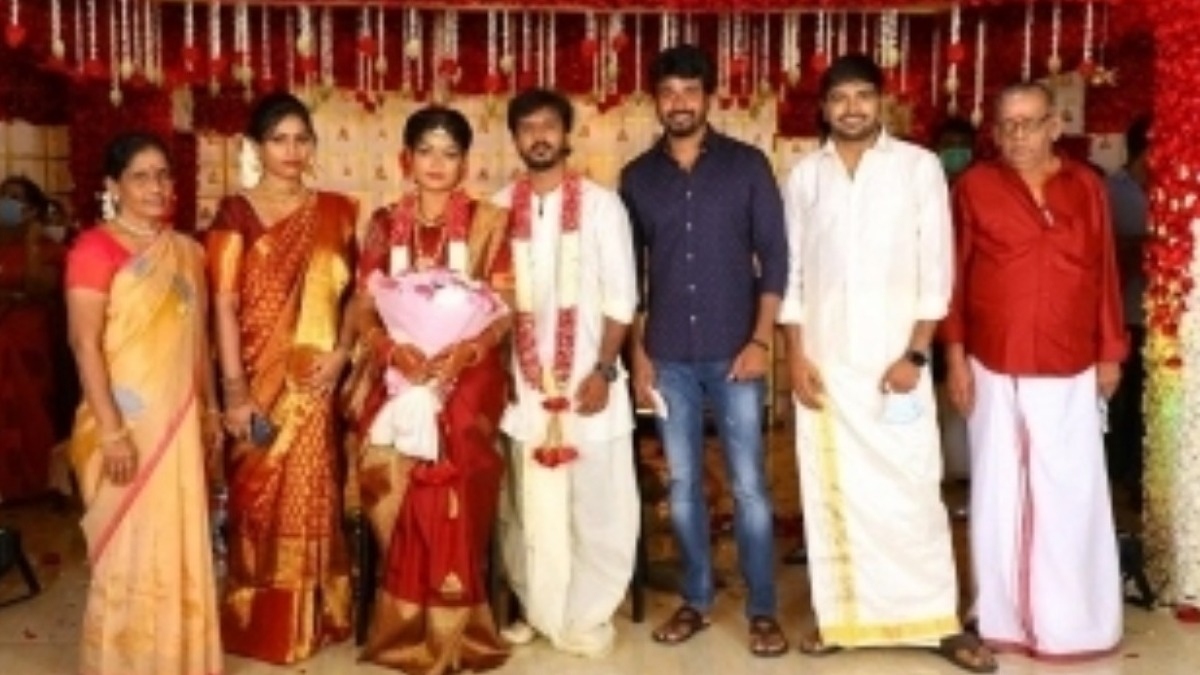 Director Chachi got married to Saranya a doctor in Chennai on Wednesday. Actor Sivakarthikeyan graced the occasion and wished the couple on their new journey together. Chachi directed the 2019 film ‘Sixer’ that starred Vaibav as a nyctalopia afflicted person and the hilarious scenes were well received by audiences.

Actor Sathish who was also present at the wedding is married to Sindhu who is the younger sister of Chachi. Those who attended the event were surprised when Siva made his entry though it is well known that he is a close friend of Sathish.

On the professional front, Chachi is said to have written another hilarious comedy script and has approached a leading hero and the official announcement will come soon.