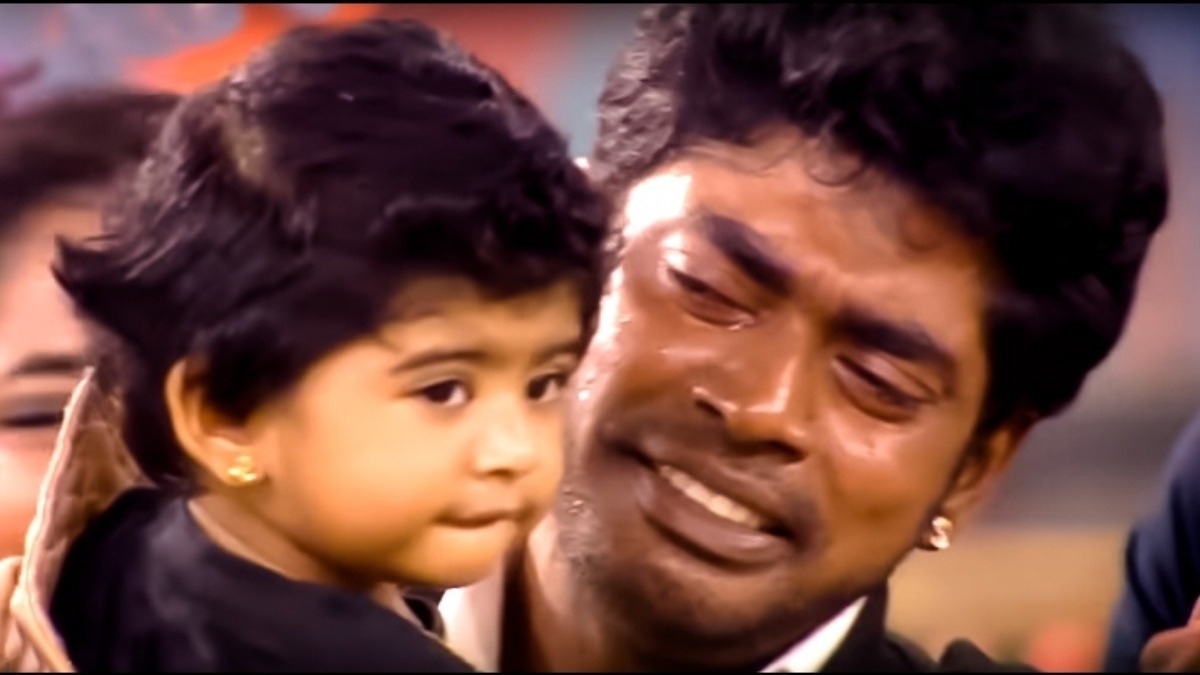 Popular dance choreographer Sandy won a huge fan following after his stint on ‘Bigg Boss 3’ hosted by Kamal Haasan. His game plan was pretty straightforward which helped him in winning the first runner-up after title winner Mugen Rao.

Sandy married his longtime girlfriend Dorothy Sylvia in 2017 and the couple have a daughter Tasha born in 2018 and a son born in 2021. Both Sandy and Sylvia are active on social media and share their family photos and videos regularly.

Recently Sylvia posted a pic of her Tasha and Sandy and an insensitive user trolled the little child suggesting that she is plump like her mother. The woman wrote, “If I question about it, body shaming supporters will come in for this person’s support”.

Sylvia reacted by writing on her stories exposing the troller I seriously don’t understand. Why is it? Always a woman who puts down another person”. The woman backtracked as if to suggest she cared writing “Let the baby be slim, so that she can dance like “Sandy” master”. The baby’s mother sarcastically posted a slow clap gif image.

She then gave it back to her aptly “She is just a child. Now itself the society pressure has started. Let’s build a healthy community for our future generation. Not a one that always has time for criticizing others! Find the gold in mud”. Well, that’s social media for you where even a three-year-old isn’t spared and the offender is ironically a woman.