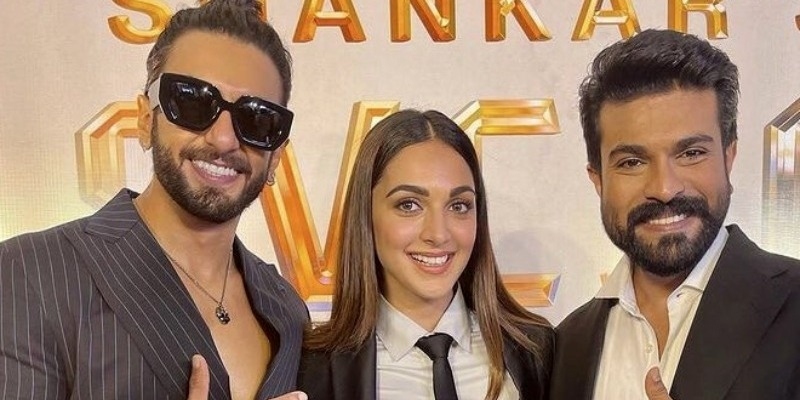 The grand launch of director Shankar’s upcoming Pan India film with Tollywood star Ram Charan took place at Annapurna Studios in Hyderabad today. The event was graced by many big shots from the Indian film industry.

Ahead of the Pooja function, Kiara Advani reached Hyderabad for a photoshoot with Ram Charan and other casts. The full-fledged shooting of Shankar and Ram Charan’s film is expected to commence in a couple of days.

The ceremony was graced by Tollywood Megastar Chiranjeevi, Bollywood actor Ranveer Singh and director SS Rajamouli. The pooja commenced around 10.15 am at Annapurna Studios in Hyderabad.

It is also reported that the movie was launched with the first clap by Megastar Chiranjeevi. Apart from Ram Charan and Kiara Advani the film also has Anjali, Jayaram, Naveen Chandra and comedy star Sunil. Tipped to be a political thriller, the film will have music scored by SS Thaman and cinematography by Tirru.