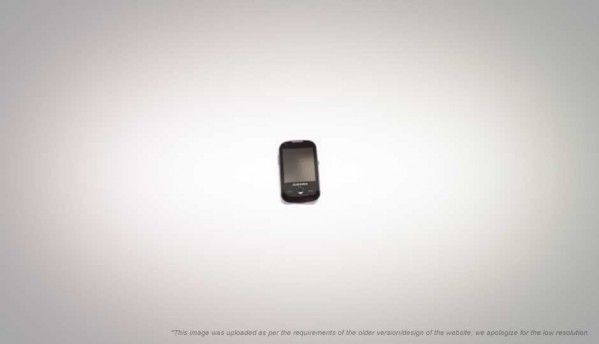 Samsung has released yet another Corby variant called ‘B5310 CorbyPro’. It incorporates the TouchWiz user interface and features a large 2.8-inch, 16 Million colors QVGA touchscreen with a screen resolution of 240 x 320 and an integrated GPS receiver with A-GPS support. The black variant we recieved is the only colour available in this phone. It has an elegant and stylish horizontal slider QWERTY keypad coated in scarlet red. The front panel has a glossy black finish incorporating the ‘select’, ‘call answer’ and ‘call disconnect’ buttons. The contours of the body are well rounded to enable a comfortable grip while holding the mobile in your palm. The battery cover is coated in snow-white and contrasts well with the black coating on the front and sides.

The QWERTY keypad layout is neat with beveled key markings. The number keys, navigation keys and special keys are marked in choco-brown colour for ease of identification and also to enhance the appealing aesthetics of the keypad. It ships with a rich assortment of features like 3.15MP camera (supporting a max. resolution of 2048×1536 p), a microSD slot upgradeable up to 16GB, Wi-Fi 802.11 b/g and Bluetooth. In addition the TouchWiz interface incorporates the widget feature, with built-in mini applications, that can be activated with a swipe or gesture of a finger. It also allows users to drag widgets from the left panel of the screen and drop them anywhere on the home screen. The pre-loaded widgets include: Google search, Youtube, Calendar, Calculator and several games.

The touchscreen interface provides vibrational feedback when an icon is selected or when a message or number is typed on the screen using the touchscreen keypad. This phone seems to be crash-happy, freezing intermittently and randomly, sometimes all on its own with a memory address dump error. 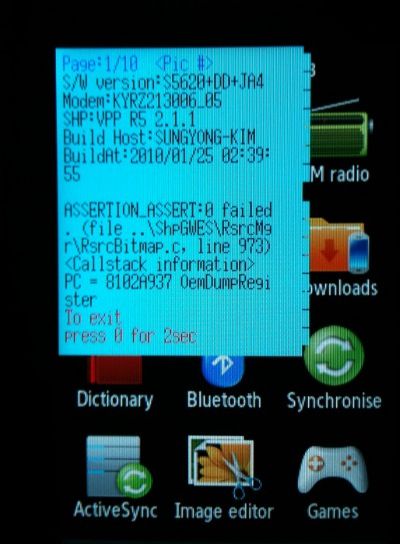 This bug leaves the user with no other option but to remove the battery and restart the phone. The hardware QWERTY keypad is well laid-out. The onscreen keyboard has convenient spacing and offers a fair bit of accuracy. We found it quite ideal for typing lengthy messages and dialing phone numbers with ease. Another impressive aspect involves an auto-fill feature that stores previously dialed numbers in phone’s memory, even if the user forgets to add them into his contacts list.

Samsung Corby could have come across as a decent social networking phone because of the hardware keyboard, had it been more stable. Samsung B5310 CorbyPro fared well in the build quality and ergonomics test with well designed body contours, user friendly menu interface and consistent touch response. It had a good outing in the call clarity test, except for the loudspeaker test where it delivered rough voice overtones at higher volumes and also produced poor voice clarity. Although, it took a downward slide in the captured photo and video quality test with a poor performance along with Sony Ericsson’s Yari, Samsung S5620 Monte, LG GW550 and LG GT505; the Blackberry Curve 8520 appears to be the worst of the lot in the camera test within the category. Overall, B5310 CorbyPro is an average touchscreen phone with good multimedia features, Wi-Fi and GPS, at an affordable price.