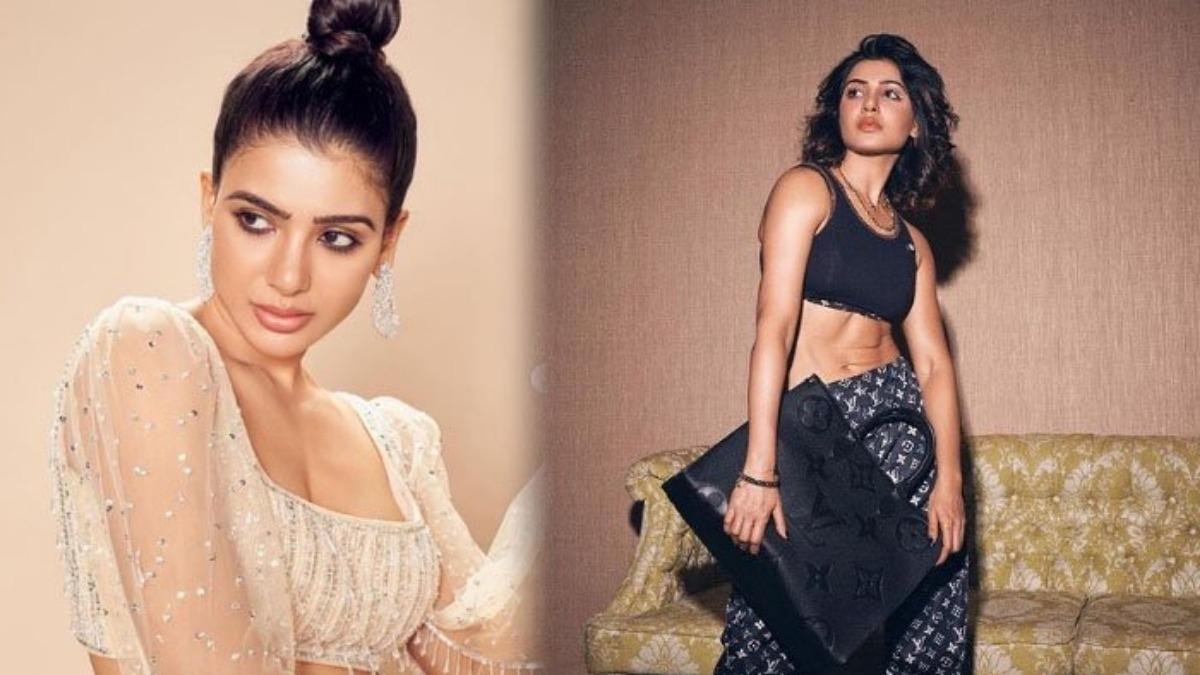 Samantha one of the leading heroines of the South is continuing to rule the hearts of millions of fans even after a decade in her career as an actress. Her next biggie ‘Shaakuntalam’ is a mythological drama directed by Gunasekhar which is hot in the trade and is expected to release by the end of the year in multiple languages.

Samantha never fails to surprise her fans and followers on social media and always keeps them engaged with her posts. Its never dejavu in her case as she mixes up her themes like if on one day its workout the other day its her adventure sport.

Sam’s latest video is of a sizzling hot photoshoot in which she is dressed in a black brassiere and a designer black and white salwar to boot. Her very next set of photos are a complete contrast and she has captioned them “A sequins kissed silhouette with a front slit and dramatic sleeves made to cast a spell.

Samantha’s Tamil fans have a lot to cheer for she is busy listening to new scripts and is planning to star in three in the coming months. Her ‘Kaathu Vaakula Rendu Kadhal’ directed by Vignesh Shivan and costarring Nayanthara and Vijay Sethupathi is nearing completion.