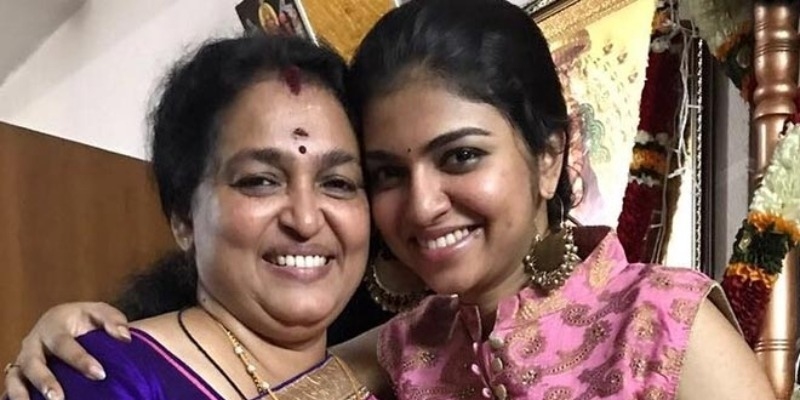 The late Ravindranath’s wife Sreeja Ravi is one of the most sought after dubbing artists in Malayalam, Hindi, Tamil, Telugu, Bengali, English and also Kannada. She has voiced for hundreds of heroines in all languages.

Raveena also followed in the footsteps of her mother with support from her father and is one of the leading voice artists in South Indian cinema and has also made her mark as an actress.