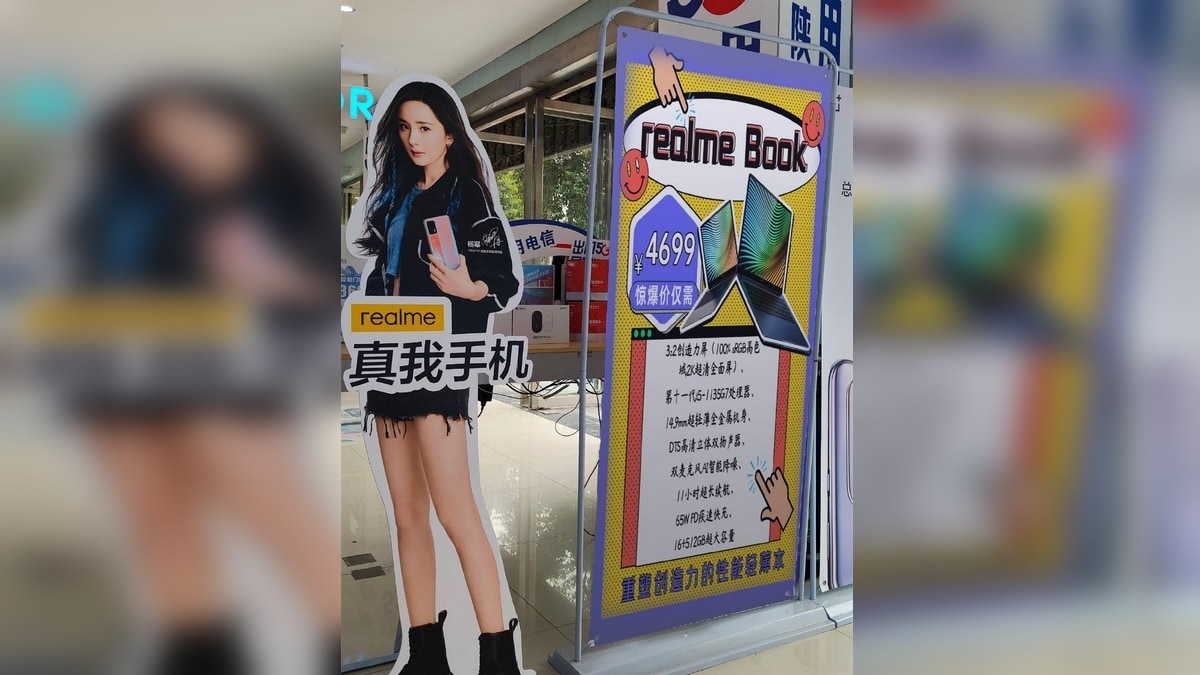 Realme Book pricing and key specifications have allegedly leaked ahead of its official China launch on August 18. The laptop is named Realme Book for the Chinese market but is expected to arrive in India as Realme Book Slim. The Chinese pricing for Realme Book hints at what the Indian pricing may be and it falls in line with previous leaks. It will be the first laptop from Realme and will offer an affordable yet feature-rich experience to compete with the budget-friendly models from Xiaomi.

Realme will unveil Realme Book in China and Realme Book Slim in India on the same date — August 18. The models are expected to have the same specifications and now the pricing for the Chinese model seems to have leaked. An alleged poster for the Realme Book was tweeted by TechTipster (@TechTipster_). It shows the Realme Book laptop with a price tag of CNY 4,699 (roughly Rs. 53,800) and also mentions some of the key specifications.

Converting to INR, this price tag seems to be in line with previous leaks for Realme Book Slim that is expected to cost upwards of Rs. 55,000 in India, though an older report claimed it would start at Rs. 40,000. Recently, an Intel Core i3-powered model was tipped as well that could be the base variant and start at the Rs. 40,000 price point.

As for the specifications, the poster also mentions the configuration of Realme Book. It is expected to feature a 3:2 aspect ratio display with 100 percent coverage of sRGB colour space and have 2K resolution. It may be powered by the 11th Gen Intel Core i5-1135G7 CPU and have 16GB of RAM with 512GB of storage. The laptop is said to be 14.9mm thick and come with support for 65W power delivery. It seems to have a claimed battery life of 11 hours and support for DTS Audio.