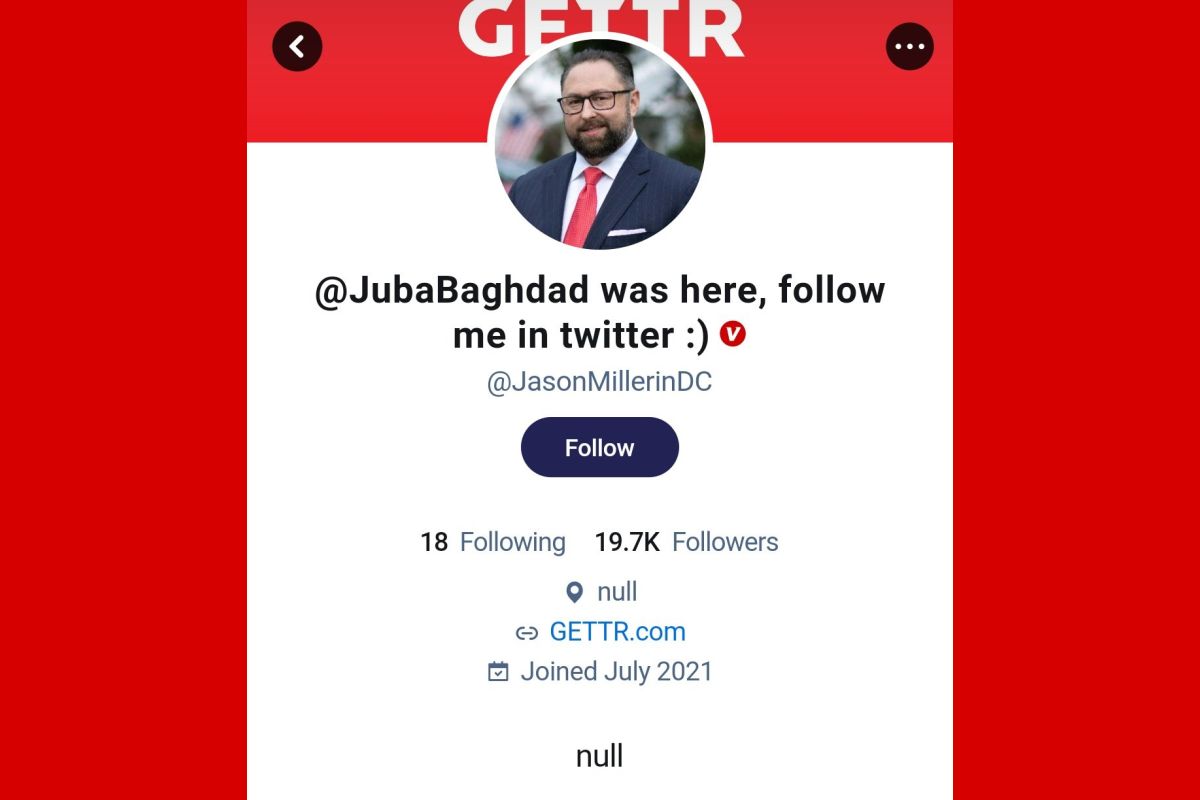 A social media site launched on Sunday by Jason Miller, a senior adviser to former US President Donald Trump, was briefly hacked, and more than 500,000 people have registered to use the site, Miller said.

Gettr, a Twitter-style platform with posts and trending topics, has advertised itself on the Google and Apple app stores as “a non-bias social network for people all over the world.”

“The problem was detected and sealed in a matter of minutes, and all the intruder was able to accomplish was to change a few user names,” Miller said in an emailed statement to Reuters.

A writer for Salon posted screenshots on Twitter of several Gettr profiles, including those of former Secretary of State Mike Pompeo and Miller himself, that were altered to read “JubaBaghdad was here, follow me in twitter :)”

Asked about security on the new social media said, Miller said the situation had been “rectified.”

Miller had teased the Trump team’s plans to start a new social media platform for months following moves by Twitter and other sites to block the former president after the January 6 riot where his supporters stormed the Capitol.

Former Trump adviser Steve Bannon on Sunday described Gettr as “the Twitter killer” in a post on the new site.

Trump was permanently banned from Twitter and remains suspended by Facebook until at least 2023 and by Alphabet’s YouTube until the company determines the risk of violence has decreased.

Miller told Fox News earlier this week he hoped Trump would join but that the former president was considering a number of options. He said Trump was not funding the platform.