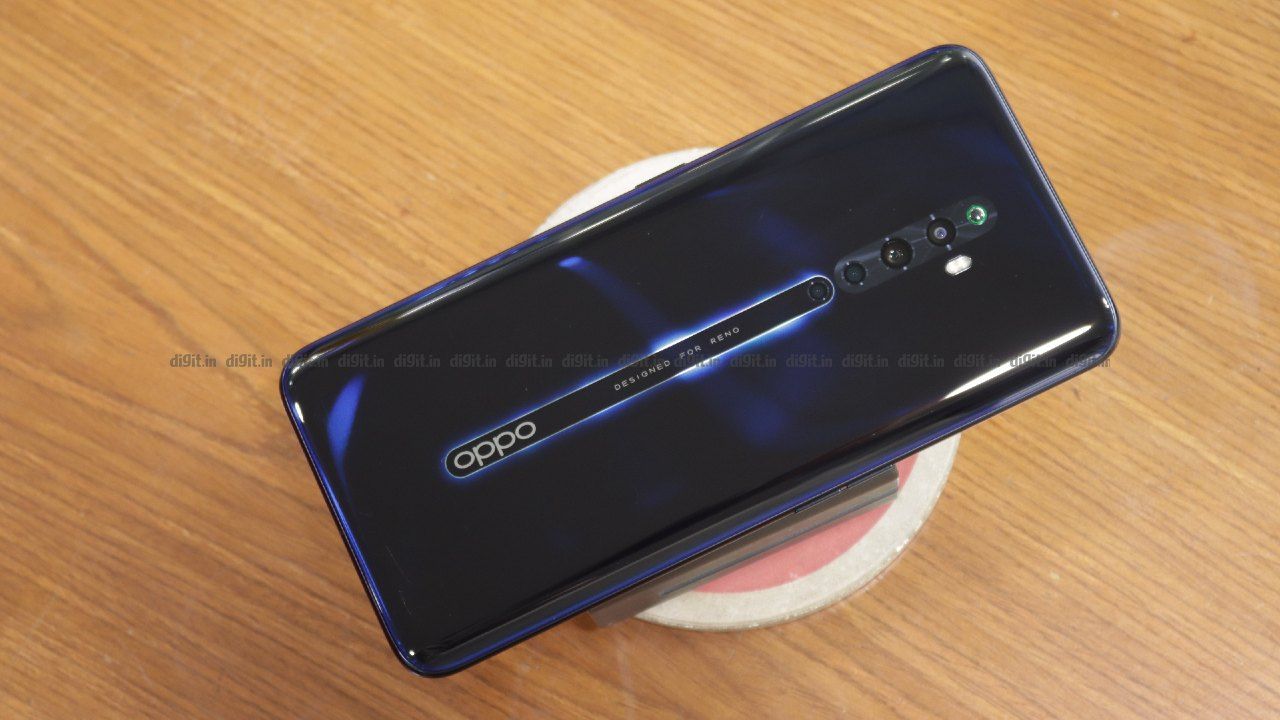 The Oppo Reno2 Z came just a few months after the Oppo Reno series debuted in India. The spec-sheet and the price both indicate the smartphone is not an upgrade over the Reno or the Reno 10X Zoom. Instead, the Reno2 Z becomes the entry point into the Reno series. Oppo has maintained consistency in the series with bezel-less displays, unique colour finishes and multiple cameras. Only, instead of a Qualcomm chipset, the Reno2 Z is powered by a MediaTek Helio P90 SoC. We conducted our suite of tests on the Reno2 Z to find out whether this device is worth your money. Read on — 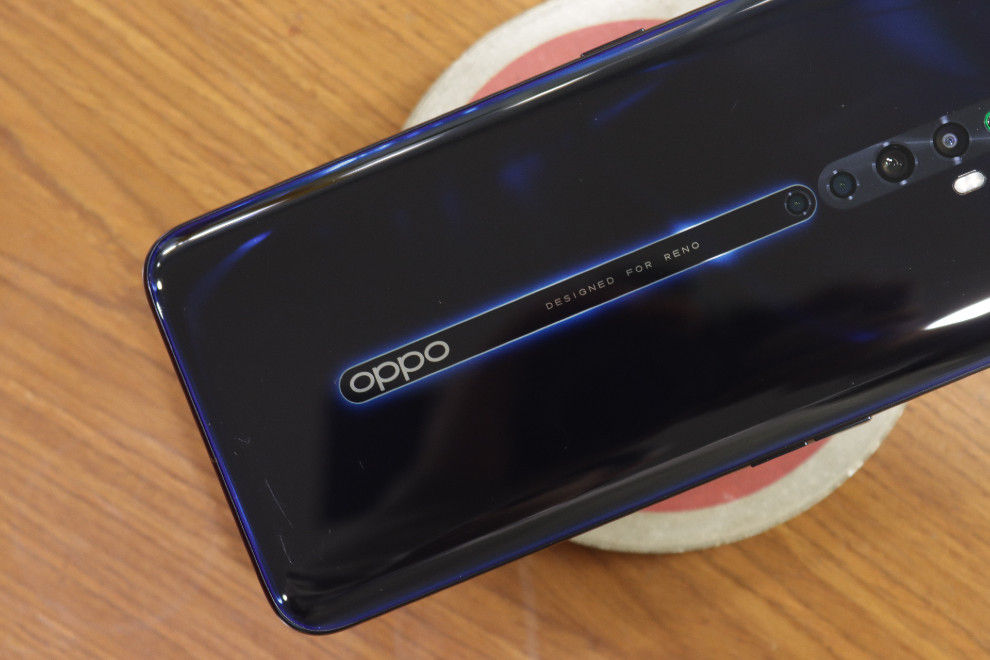 Let’s get straight down to the performance of the smartphone first. The MediaTek Helio P90 powering the Reno2 Z is MediaTek’s flagship chipset for the first half of the year. The chipset’s performance is comparable to the Snapdragon 710, but price-wise, the Reno2 Z competes with the Redmi K20 Pro and the Asus 6z among others, both of which tout the Snapdragon 855 SoC. As a result, the benchmark scores are way behind these products, but that shouldn’t be a cause for worry. Here’s how the Reno2 Z performs on benchmarks — 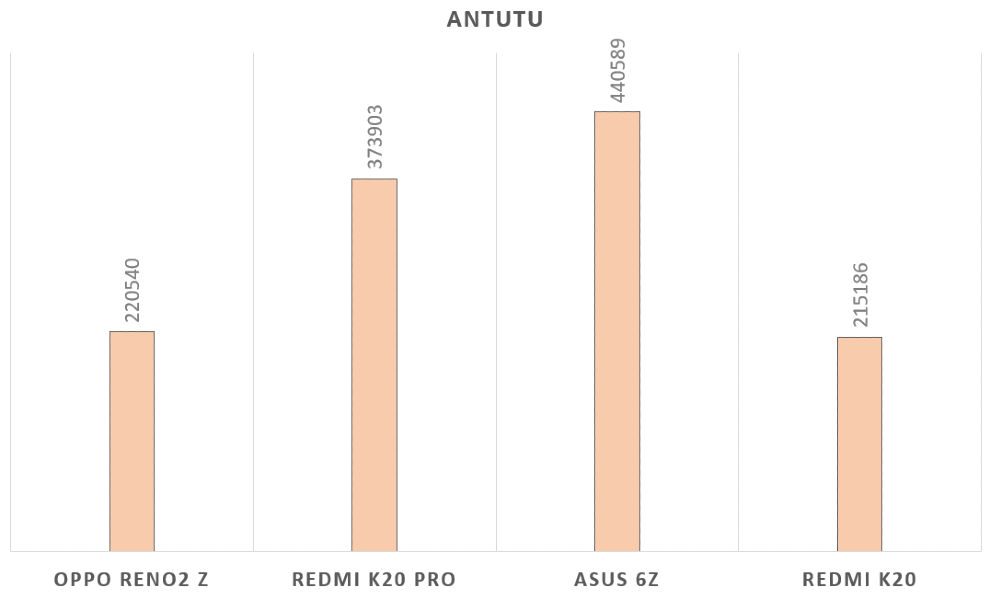 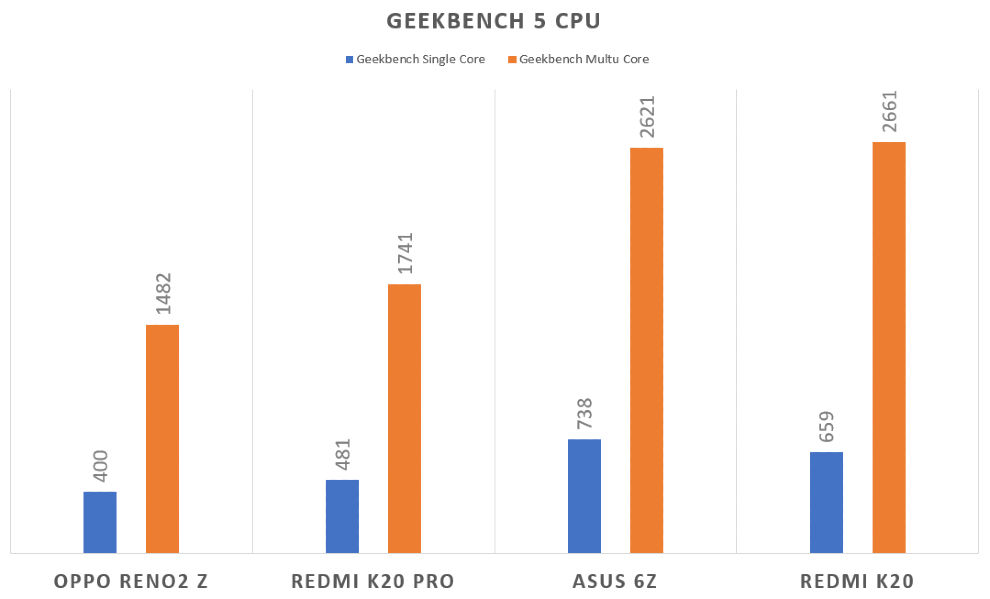 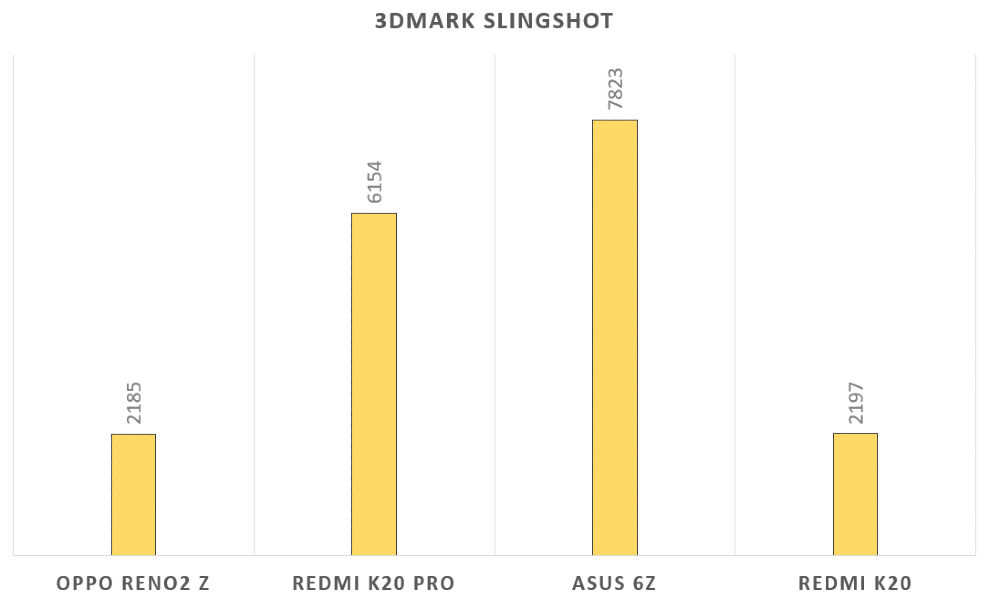 As the scores indicate, the Reno2 Z lags well behind the high-end value flagships like the Asus 6z and the Redmi K20 Pro. But it did manage to beat the Redmi K20 in some of the benchmarks, and in the rest, they were quite neck to neck. Despite lagging behind, I honestly didn’t find a big difference in usability. The phone felt fast enough to get through the day accomplishing all my daily tasks with ease. I used the smartphone as a daily driver in a recent trip to Dubai and it didn’t give any problems whatsoever. 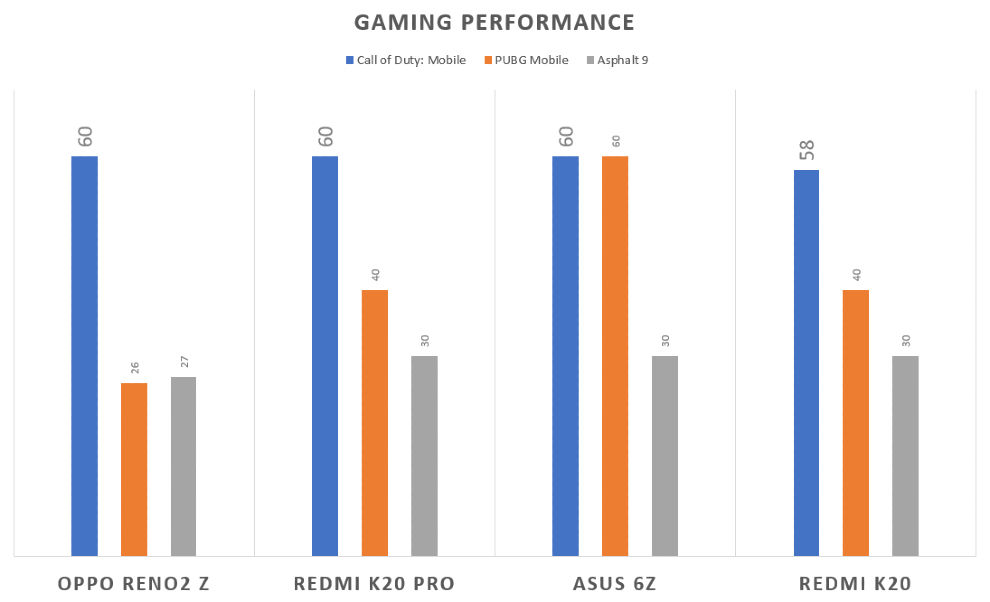 The bezel-less display is a delight to play games on. Games like Asphalt 9 and PUBG Mobile take up the entire screen and at full brightness, it’s quite an experience. The quality of graphics on these games were also of high quality, making full use of the PowerVR GPU inside. The frame rates are almost as good as you’d get on Snapdragon powered devices in that price range, but the stability is right up there with some of the best we’ve seen. We tested three games — Asphalt 9, PUBG Mobile and Call of Duty: Mobile, and all three of them ran with not a single drop in frame. 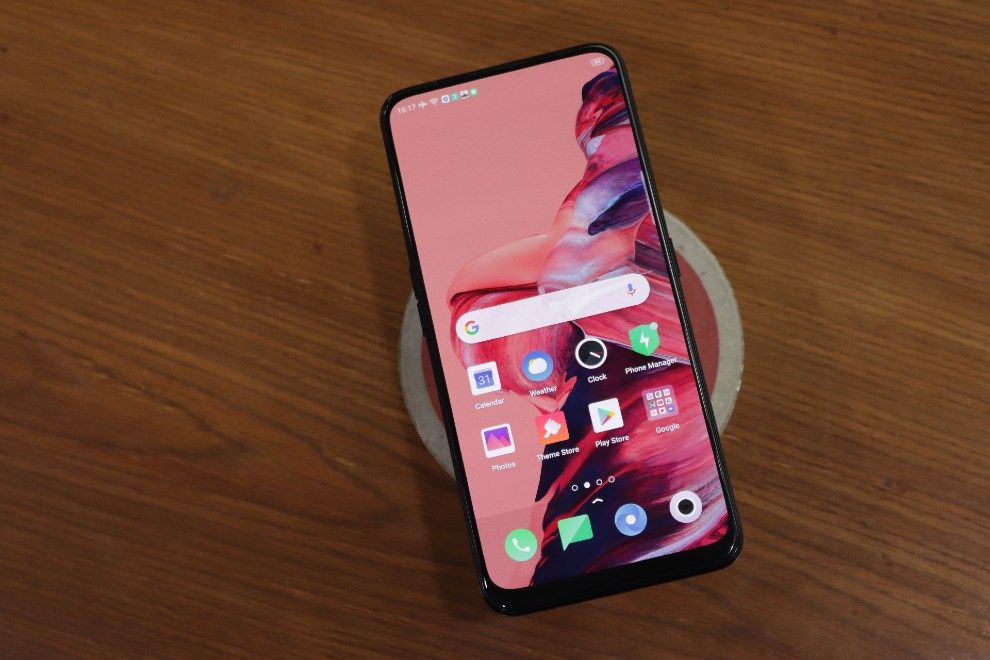 The Reno2 Z runs on ColorOS 6.1, the same operating system that powers smartphones from Realme. It’s fast and even offers an app drawer. The UI design suits the full screen experience with spaced-out icons, punchy colours and slick animations. Only, Settings options are not arranged the way you’d usually see in other Android smartphones. I had to struggle to find the keyboard settings. Even in the camera app, the option to zoom at the bottom near the viewfinder, while the option to switch to ultrawide is on the top shelf, and the night mode, pro mode and the rest are stacked under a menu list.

Having said that, the gestures on the Reno2 Z works pretty well. I particularly liked how Oppo keeps you from going back to the home screen if you accidentally swipe from the bottom while playing a game. You have to swipe and hold to go back. ColorOS also offers a gaming mode where you switch between ‘Balanced’ and ‘Competition Mode’, the latter of which blocks calls, notifications and release memory.

The UI is still quite bloated though. Oppo has its own suite of apps that are basically alternatives to Google apps like Chrome, Play Store, and the likes. More than that, there are apps like WPS Office, ORoaming, Helo and Soloop that are more relevant for the Chinese market than in India. 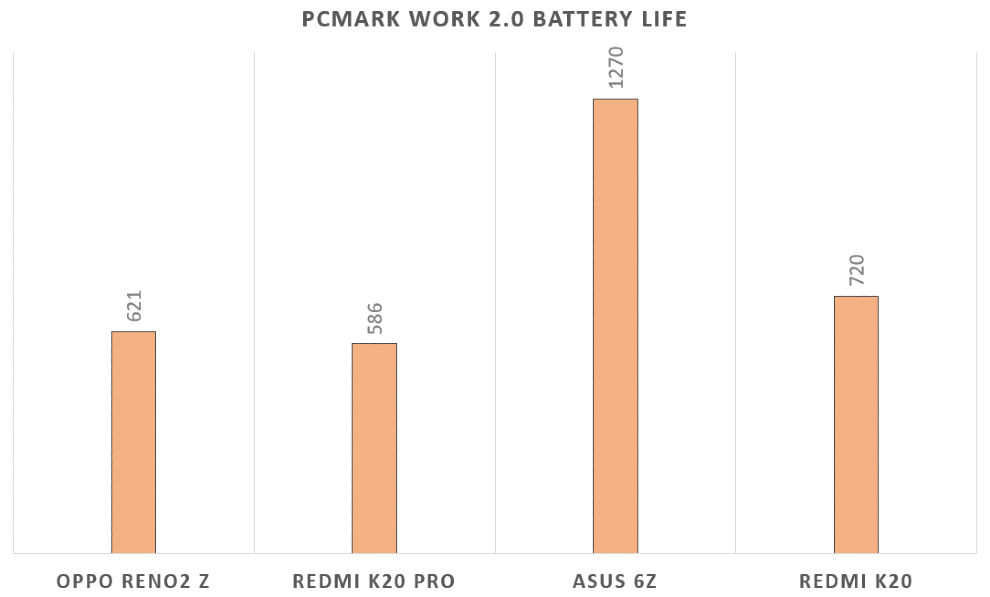 The Reno2 Z comes with a 4000mAh battery that consistently lasted over a day during my time of use as a daily driver. More than that, the phone supports Oppo’s VOOC Flash Charge 3.0 which delivers 20W power to top up the battery in around an hour and half. The battery drain was also quite conservative during gaming, dropping 5 percent both while playing PUBG Mobile for 15 minutes and watching Big Bang Theory on Netflix for 30 minutes. 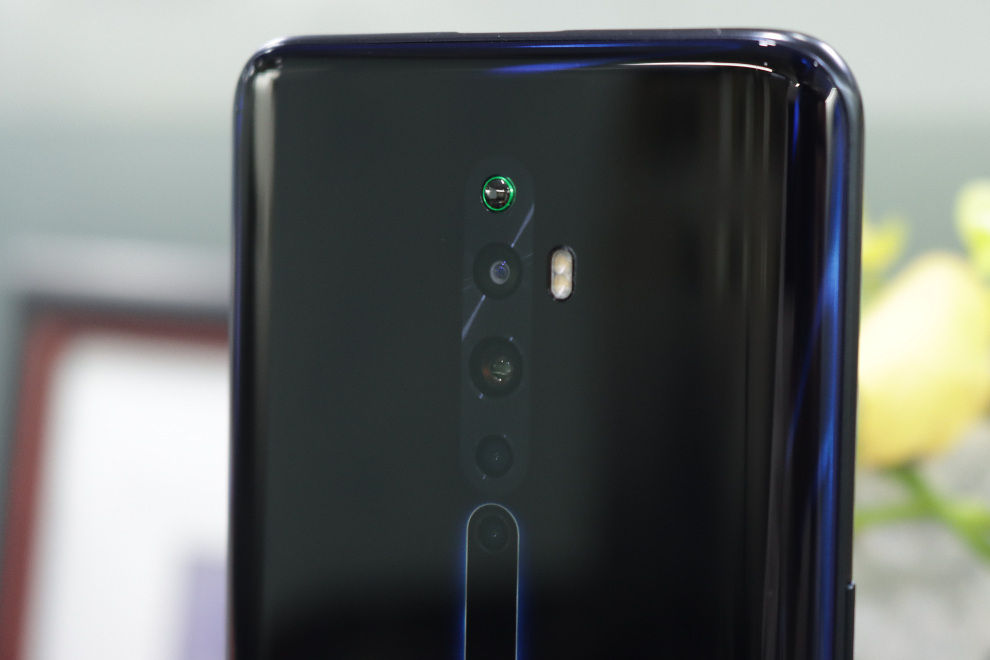 The camera setup on the Reno2 Z is one of the reason to get this smartphone. The 48MP quad camera setup is unique in the sense that apart from the primary 48MP wide sensor and the 8MP ultra-wide lens, there’s a 2MP monochrome sensor and a 2MP depth sensor and the camera ‘intelligently’ decides which to use when. It also doesn’t have the 10X hybrid zoom from the Reno 10X Zoom or the 5X hybrid zoom from the Reno2. Instead, you only get 5X digital zoom, partly why it’s the most affordable in the Reno lineup. Nevertheless, the primary 48MP wide camera works quite well. I took quite a few photos during my visit to Dubai and almost all of them came out really well. Here’s how the camera performed — 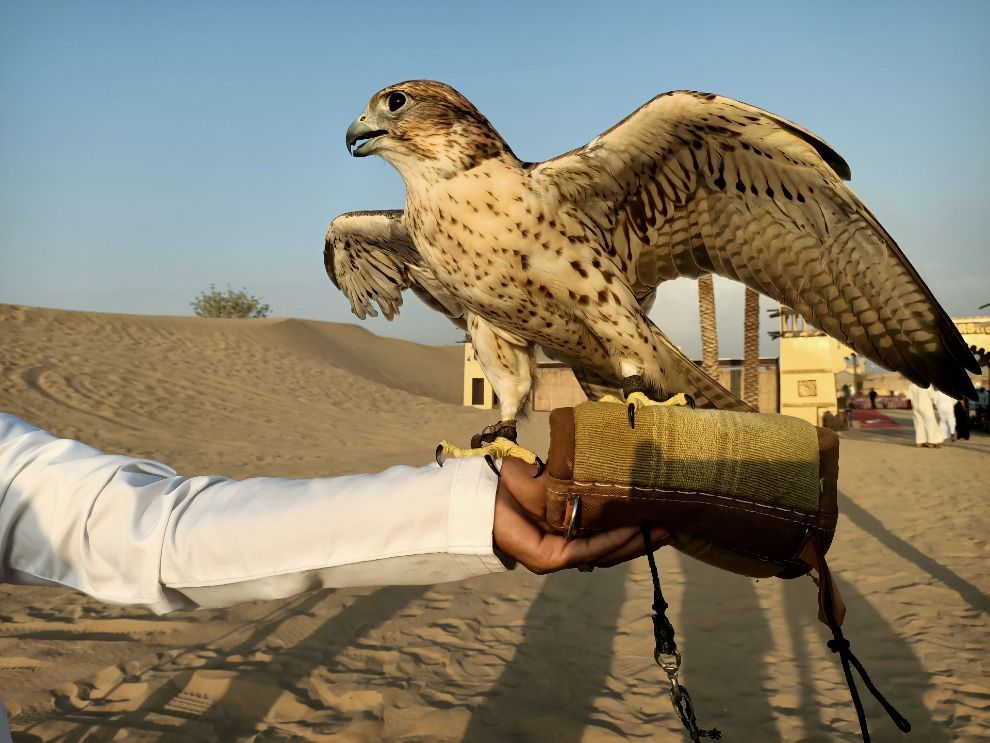 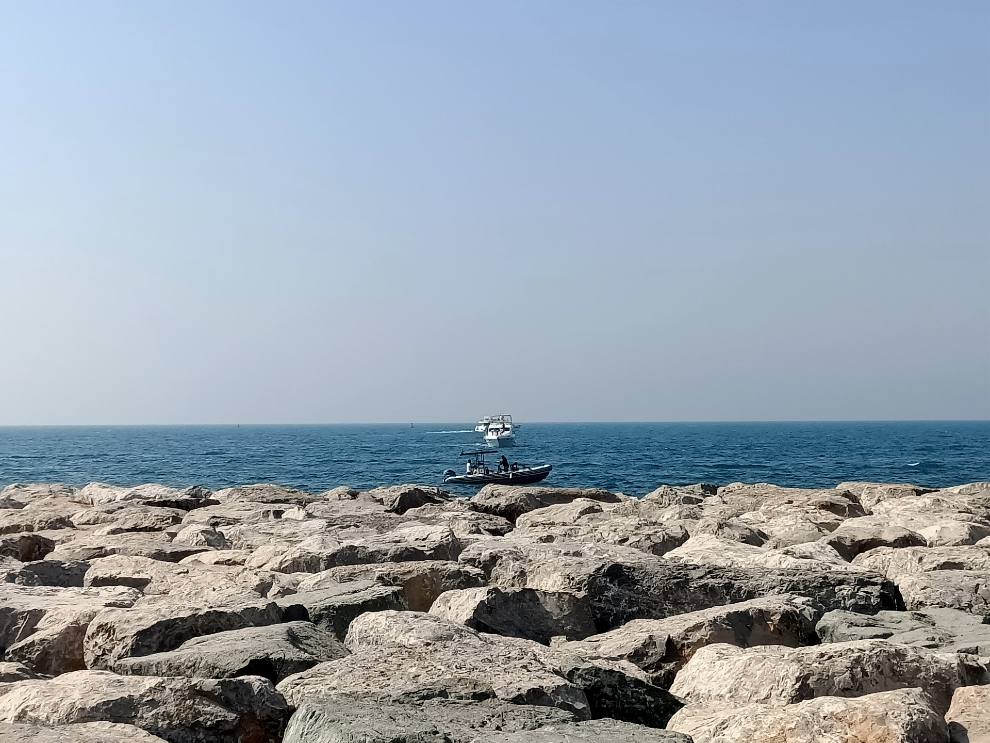 The Reno2 Z’s 48MP primary camera offers one of the best optimised performance. All the shots I took in the day came out super sharp with lots of details. Even the colours and dynamic range were on point with excellent details in the shadows and highlights. 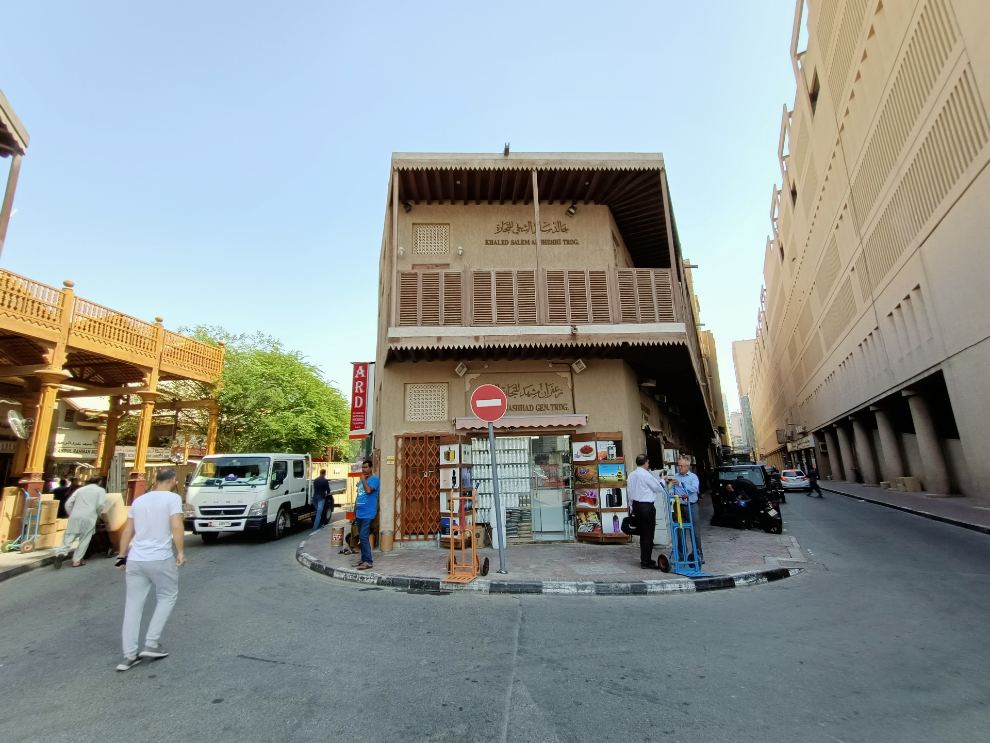 The wide-angle lens is also works quite well in the day, but I did notice an unusual warm tinge in the ultrawide photos which isn’t there in photos from the primary camera. More than that, the details are much softer from the ultrawide lens. 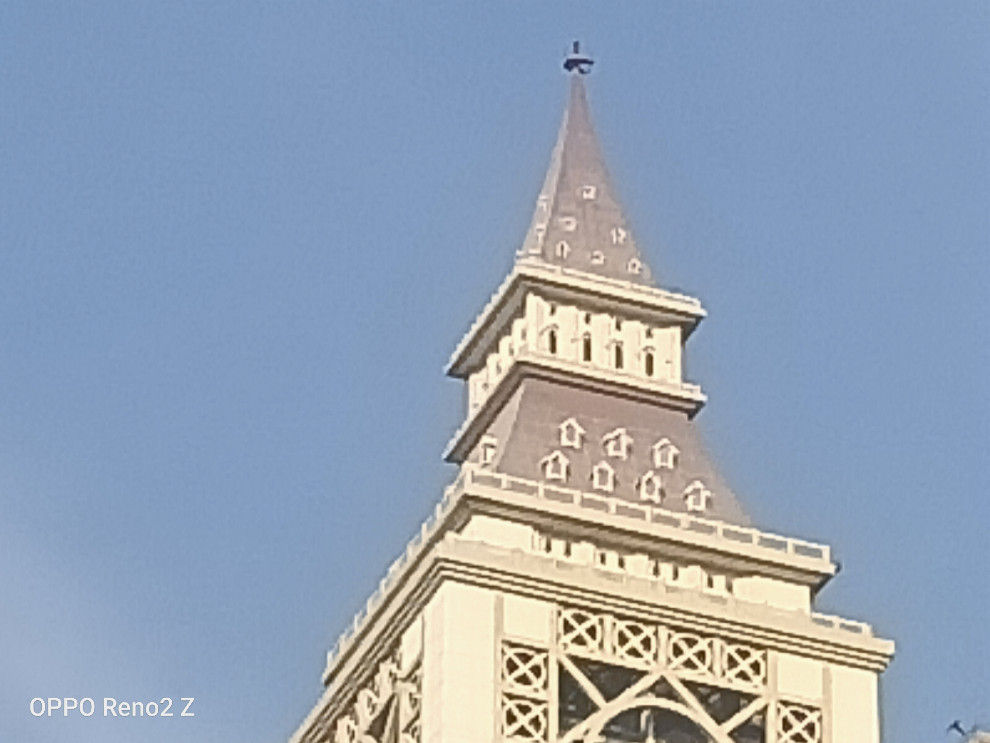 The 48MP camera also offers 2x and 5x digital zoom. The former works mostly well retaining most of the details, but at 5x zoom, you can see the edges tear and the pixels starting to show. Not recommended at all. 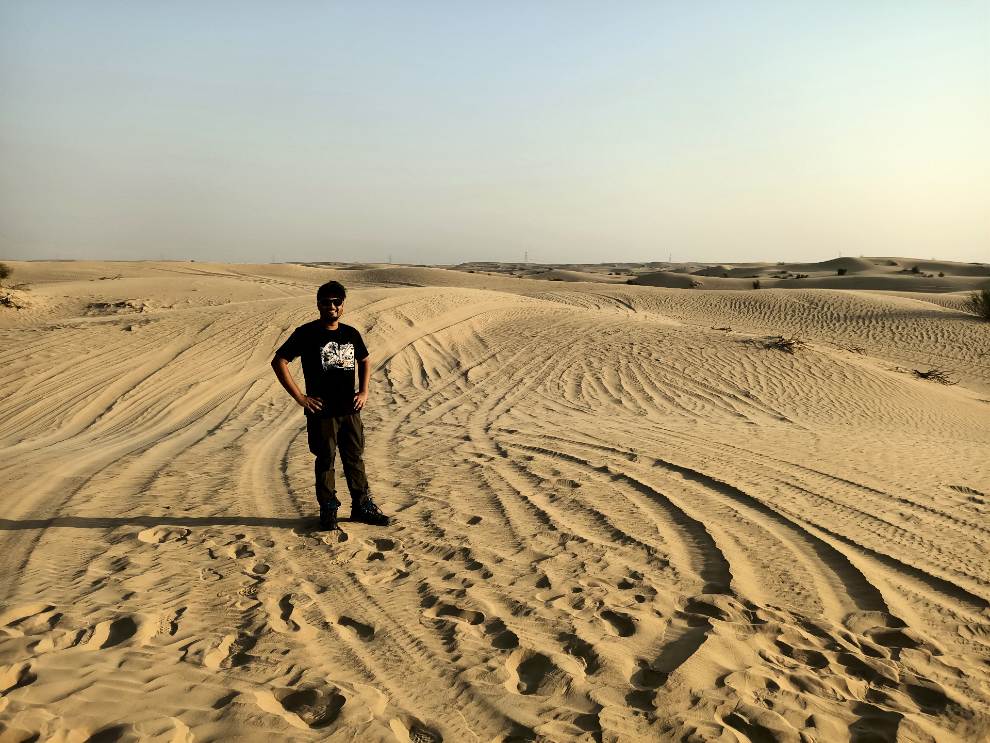 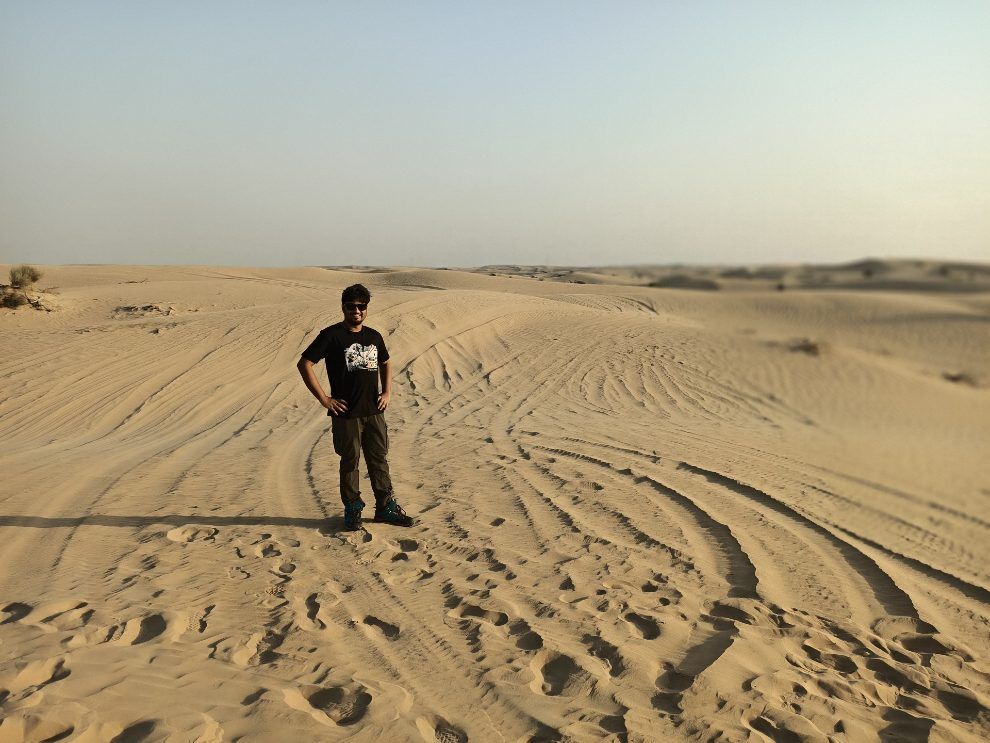 Also, I observed you get better results with the AI-powered Dazzle Mode turned off. The mode simply boosts the contrast in the photos and I mostly got photos that looked like posters using that mode. Turn it off, and the results are much more natural. 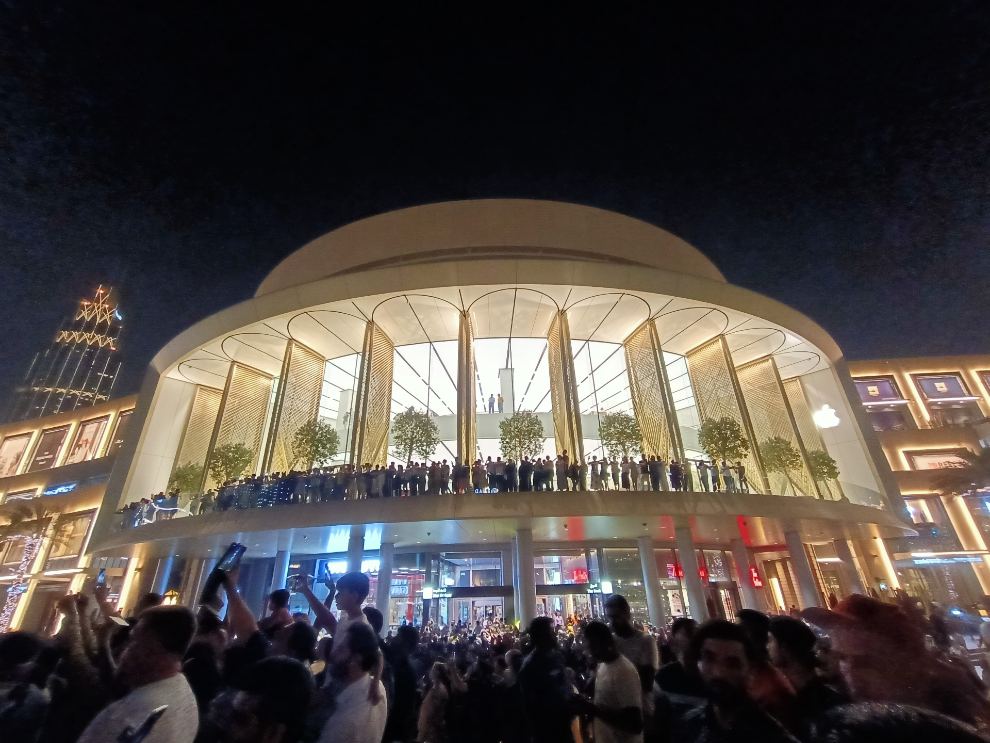 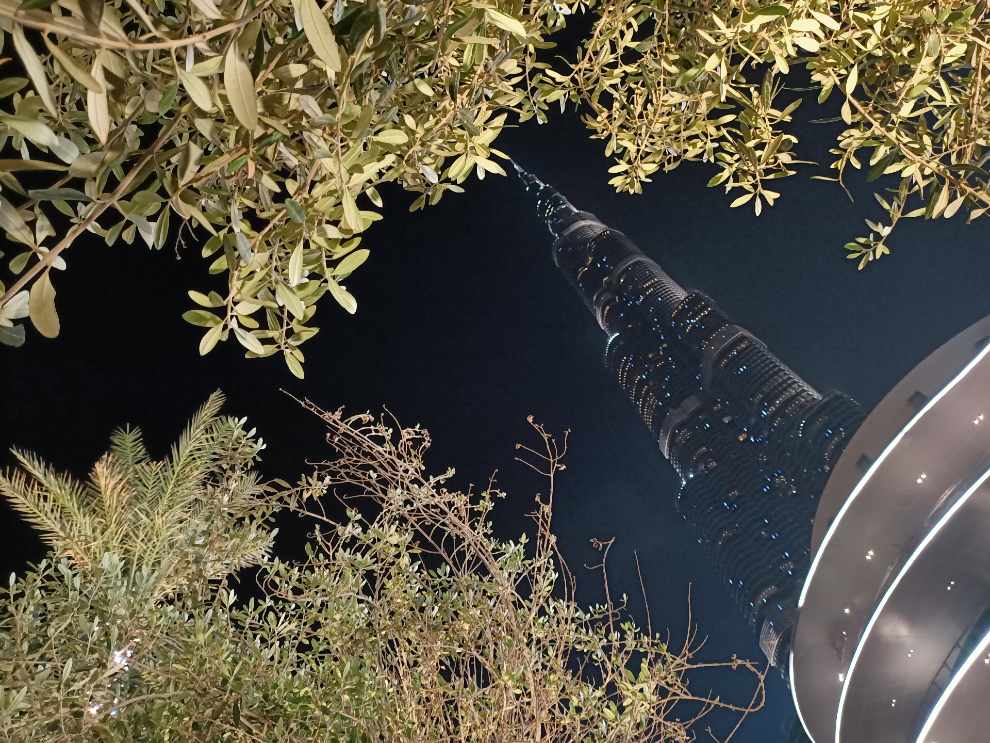 Despite a full-fledged low-light mode, low-light imaging is a weak spot for the Reno2 Z. It gets the colours and the brightness right, but the details and sharpness are messed up, giving a dull haze in the photo. The Night Mode also has an additional Tripod Mode where the shutter is kept open for longer when the phone is kept steady either on a flat surface or a tripod. The results are slightly better but nothing extraordinary. But the good thing about it is that the night mode works with both the ultrawide and the primary lens. 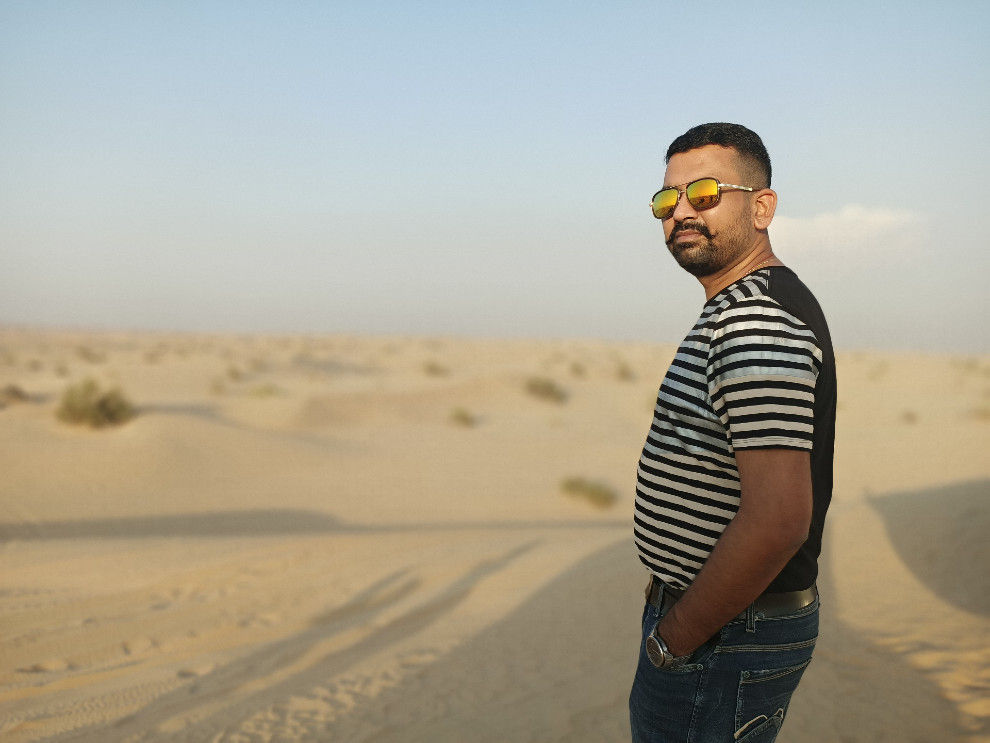 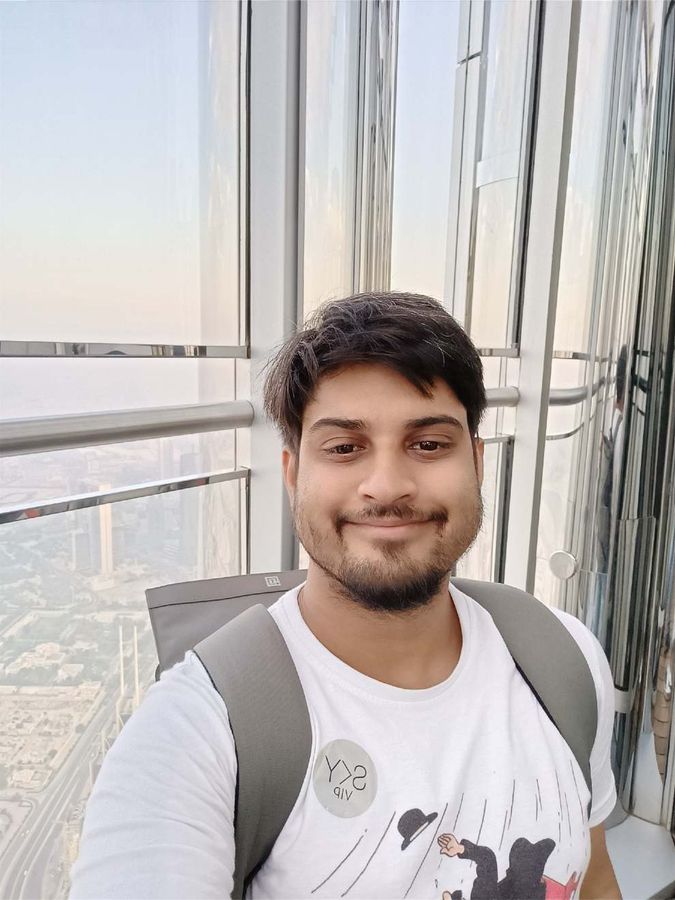 Selfies and portraits have been a strongpoint in Oppo smartphones for quite some time. They have literally sold phones on the basis of selfies, and the Reno2 Z doesn’t disappoint. Yes, the pesky beautifying algorithms still work overtime, but you can turn it off and get natural looking portraits and selfies.

But my favourite feature of the camera is the stable video mode. It honestly left me pleasantly surprised. Despite not having an OIS or even EIS, the camera was able to take a super steady video while I was sitting in a car, with pristine details and balanced colours. You can check out the clip shared above to get an idea how good the mode is. 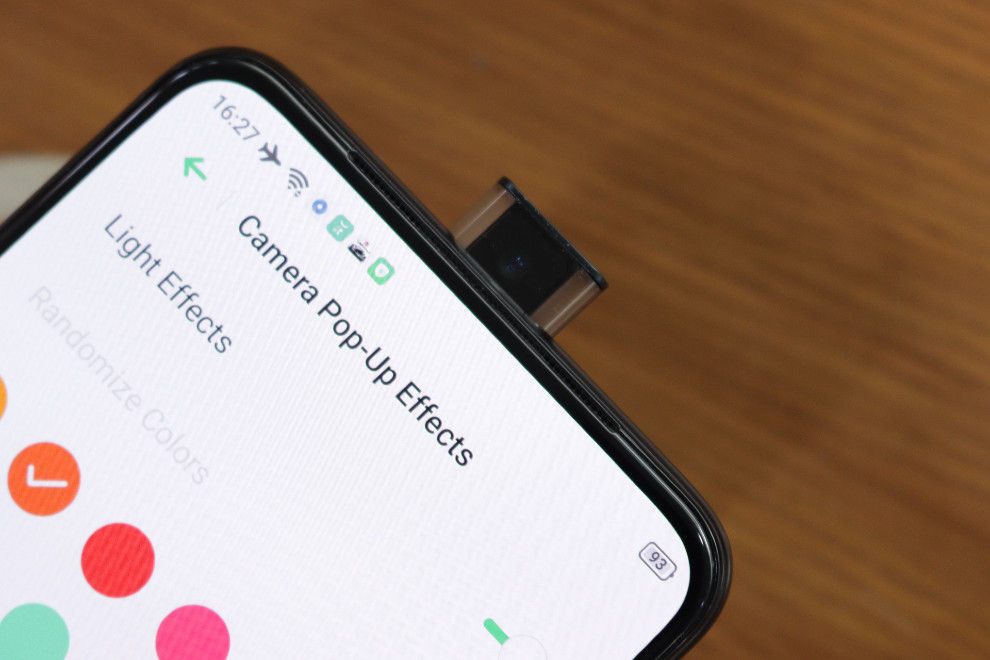 The Reno2 Z looks quite different from the other premium offerings in its price range. Where most tend to go overboard with the gradient design, the Reno2 Z’s gradient design is more muted, and I found it quite premium-looking. We received the Sky White variant which plays varying shades of blue highlighted along a central strip (where it’s written Designed for Reno) and along the edges. I liked the fact that the camera module is completely flushed to the body and there’s the tiny dot that keeps them from getting scratched on a flat surface. Rounded edges help in improving the ergonomics and it’s actually quite easy to use while on the go. It’s also well protected with Gorilla Glass 5 on both the front and the back. You even get a 3.5mm headphone jack, and a single speaker housed on the edge of the screen on top. 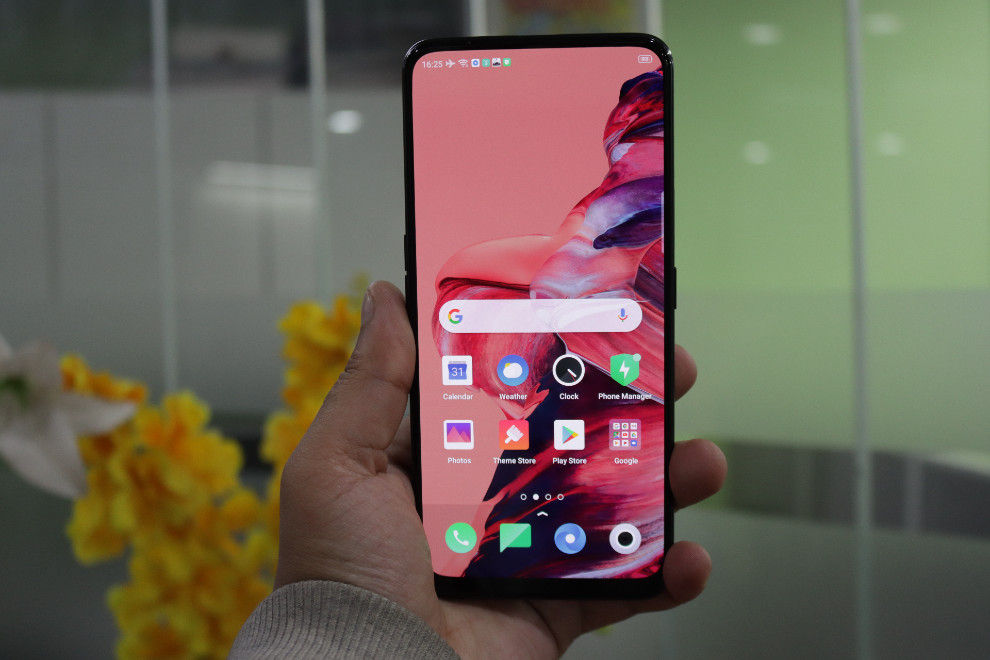 Speaking of which, the Reno2 Z’s display stretches all the way to the edges with razor thin bezels on all sides except the bottom. The bottom chin is a bit too prominent. The panel itself is quite bright. We registered 693 lux of peak brightness and 7 lux at its lowest, which is quite impressive. The panel itself is AMOLED and can produce vibrant colours with high contrast. The touch response is also quite decent and I didn’t have any problems taking headshots during gaming. 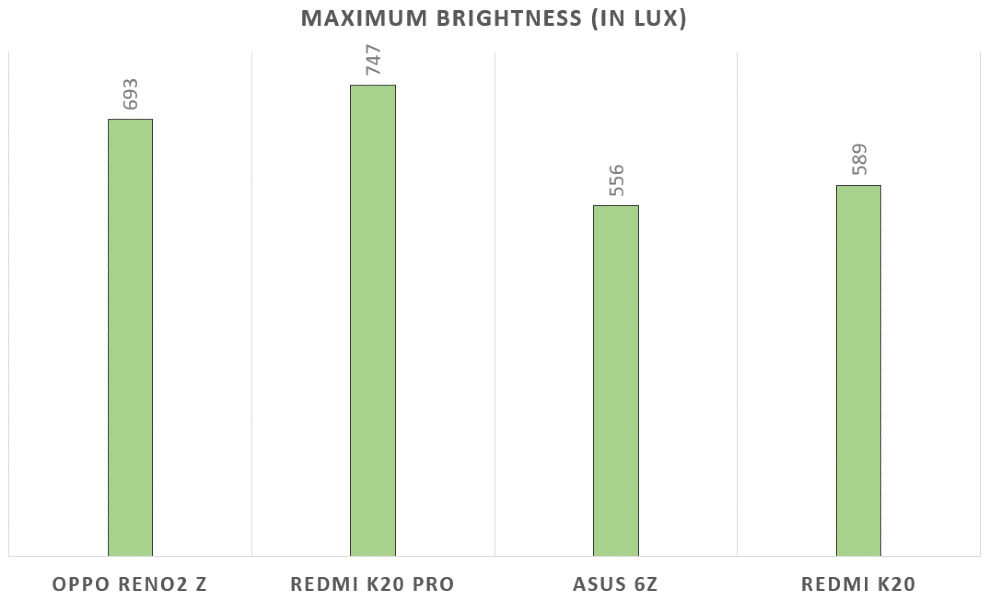 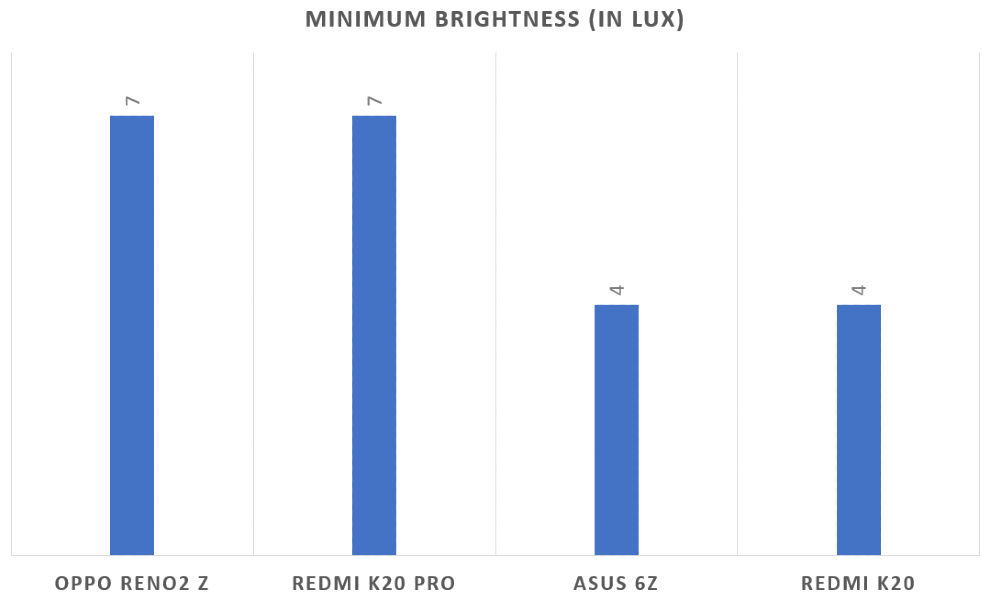 The Reno2 Z is primarily aimed at those who desire a premium experience on a budget. The price is still on the higher side if you take into account phones like the Redmi Note 8 Pro and the Realme X2, but for that extra premium, you get a design that’s both easy to use and nice to look at. More than that, the camera performance will please any casual photographer while amateur mobile gamers will find gaming on this smartphone quite delightful. Overall, the Reno2 Z may not be the best performer in this segment, but it still manages to offer a hassle-free, premium experience.