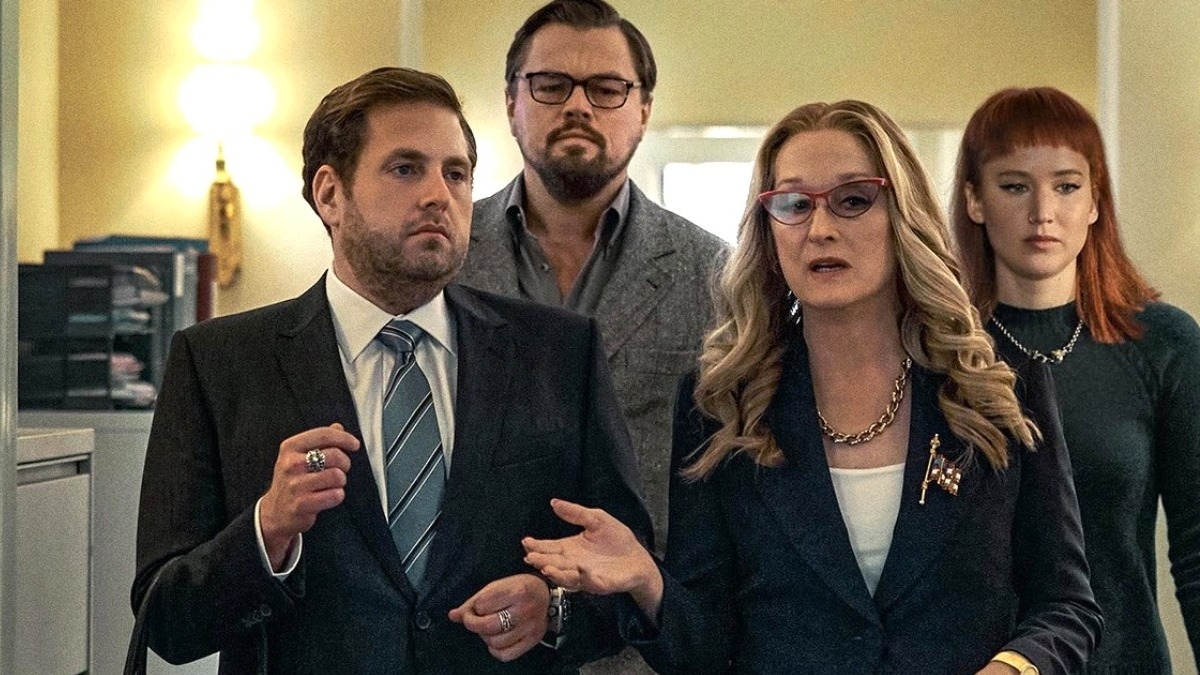 ‘Don’t Look Up’ is Oscar-winning director Adam McKay’s apocalyptic black comedy with Leonardo DiCaprio, Jennifer Lawrence in the lead roles. This movie was scheduled to release in 2020, before being delayed due to the pandemic. Now, the latest is that the makers of Don’t Look Up have come up with a brilliant release plan in coming December.

Yesterday, the streaming giant Netflix officially dropped the teaser trailer that featured additional footage from the first look screened at the Olympics. Don’t Look Up is a comic take on the ‘world is ending’ template of Hollywood movies. The teaser featured Leo and JLaw as two low-level astronomers who are trying to warn mankind of an approaching comet that will destroy the whole planet.

The Titanic star was often seen gasping for breath in the video as he appears to have an anxiety attack. Jonah Hill, who plays the President’s son and Chief of Staff, mocks Leo by saying, “Your breathing is stressing me out.” Meryl Streep plays the role of the President and doesn’t take the two astronomers seriously when they voice their concerns.

The promo also featured the others in the absurdly over-talented cast: Timothée Chalamet, Cate Blanchett, Tyler Perry, Rob Morgan, Mark Rylance, Ron Perlman and Arianda Grande. On the other hand, Don’t Look Up will premiere on Netflix this Christmas (Dec 24) as Indiaglitz reported earlier. However, the movie will be coming to select theaters on December 10 for a limited run so that it could be submitted to Oscar awards.

Experience the be all, end all movie event of the year starring Leonardo DiCaprio, Jennifer Lawrence, and Meryl Streep.

Don’t Look Up is in select theaters on December 10 and arrives December 24 on Netflix pic.twitter.com/hGi8PVVxZZ