Vicky Kaushal‘s brother Sunny Kaushal is the latest of the Maldives gang who shared more glimpses from Katrina Kaif’s birthday week. Although Vicky Kaushal and Katrina Kaif along with their friends and family are back from the island, where they recently celebrated the Tees Maar Khan actress’s birthday, Sunny posted new pictures from the “best days.” With a string of images, he wrote: “Some of the best days with some of the best people.” The first image shows him standing on the beach and posing for the camera. The third one features Katrina’s siblings – Sebastian Laurent Michel and Isabelle Kaif – talking on the beach. There’s a selfie of Sunny with director Anand Tiwari and his wife Angira Dhar.

Then there’s a group picture of the gang sitting around a table, drinking coconut water. Vicky seems busy in conversation with Katrina’s friend Karishma Kohli while Katrina, in a cap and a white dress, also seems to be engaged in the interaction.

Katrina’s sister Isabelle Kaif also shared fresh pictures from the Maldives vacation and wrote, “Gonna mentally be here for a while.” She shared glimpses from the yacht ride, some videos of swimming underwater and more pictures with the girl squad consisting of Mini Mathur, Sharvari Wagh and Ileana D’Cruz.

Earlier today, Katrina, who celebrated her 39th birthday on July 16, shared a picture of herself and wrote: “Such an amazingggggggg time.”

Katrina and Vicky were spotted at the Mumbai airport today, returning from the Maldives. The couple, in casuals, held hands for the shutterbugs. 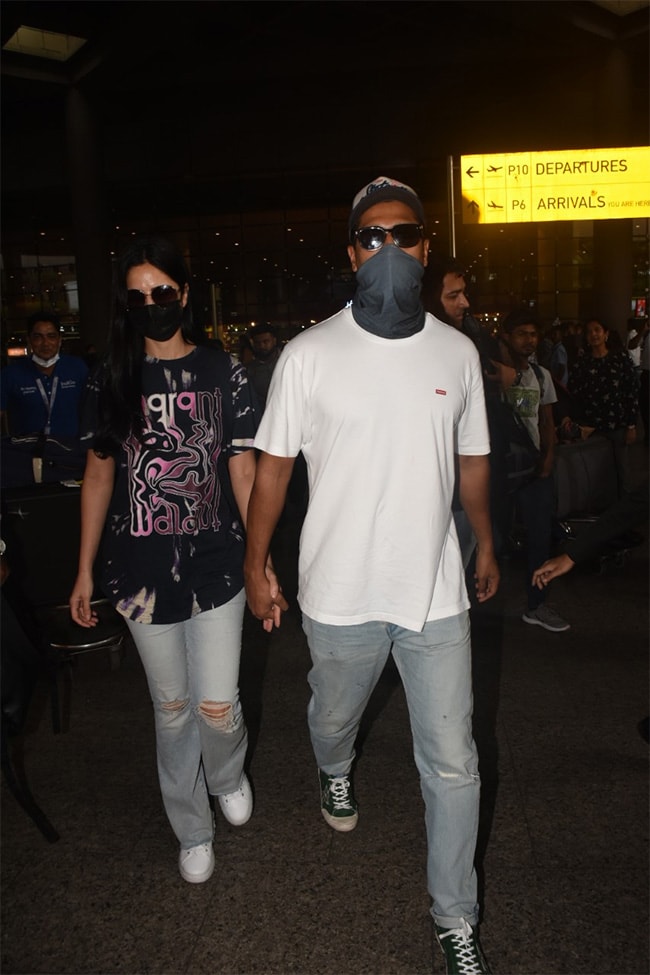 Katrina will star in the forthcoming film, Phone Bhoot with Siddharth Chaturvedi and Ishaan Khatter. Later, she will feature in Tiger 3 co-starring Salman Khan. Meanwhile, Sunny Kaushal was seen last in Hurdang.