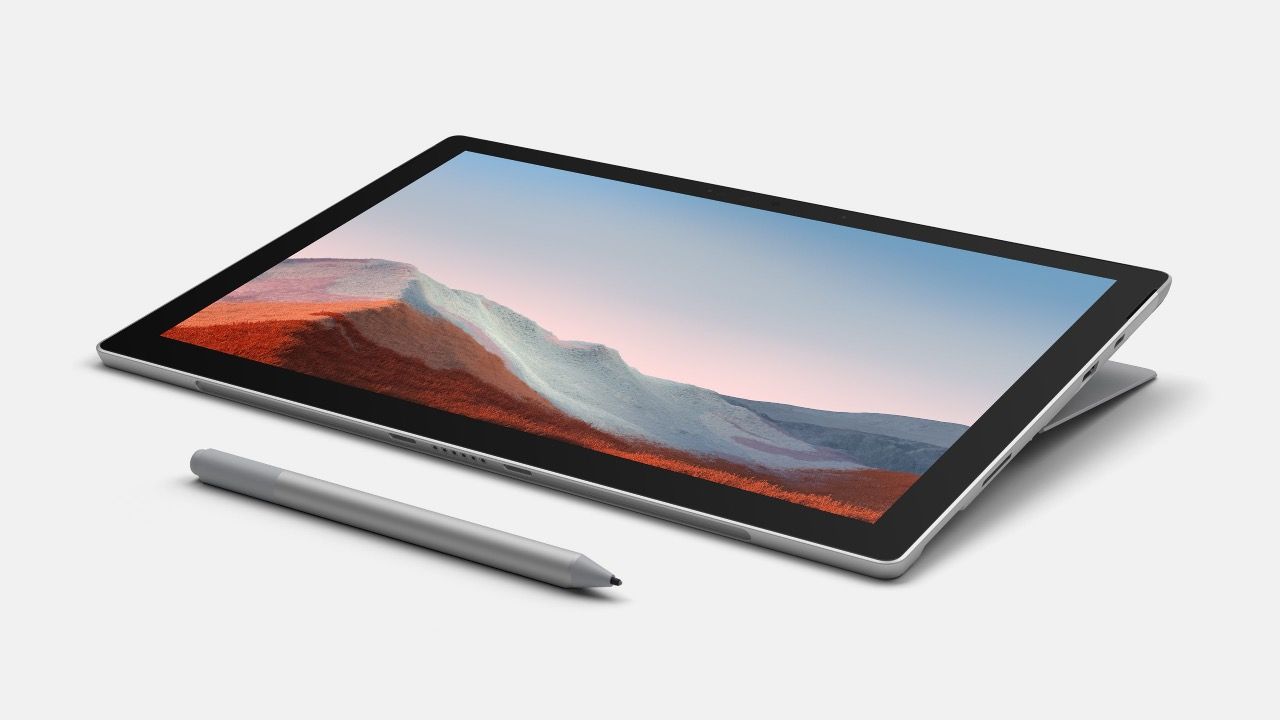 The Microsoft Surface Pro 7+ has officially launched in India alongside the 85-inch Surface Hub 2S. The Surface Pro 7+ was launched earlier this year in select markets and has now made its way to India as well. Its form factor remains the same as a previous generation in that it still features a 12.3-inch display but has upgraded internals.

“Today, we are pleased to share the next step in our journey to support our business and education customers with the introduction of Surface Pro 7+ for Business and Surface Hub 2S 85-inch. Customer conversations and extensive research in the last year have been critical to our product development. The new devices reflect our commitment towards designing technology that fosters productivity, creativity and connection to empower people,” said Rajiv Sodhi, Chief Operating Officer, Microsoft India.

The Microsoft Surface Pro 7+ features a 12.3-inch PixelSense display with a resolution of 2736×1824 pixels and a 3:2 aspect ratio. The device measures 8.5 millimetres in thickness and weighs around 796 grams. The Surface Pro 7+ is built out of magnesium alloy and is available in Black and Platinum colours.

The Surface Pro 7+ is being offered in several SKUs based on 11th generation Intel processors. The Core i3 variants have Intel UHD graphics while the Core i5 and Core i7 models have Iris Xe graphics. The base models have dual-core 11th generation Intel Core i3-1115G4 processor followed by the Core i5-1135G7 processor and Core i7-1165G7 processor. This is paired with 8GB/16GB/32GB LPDDR4x RAM and upto 1TB SSD options to choose from.

The I/O ports on the Surface Pro 7+ include a Type-C port, a Type-A port, a 3.5mm audio jack, a Surface Connect port, a Surface Type cover port, a microSD card reader and a nano-SIM card slot on the LTE model. Apart from this, there is 8MP cameras on the back and a 5MP front-facing camera, both supporting 1080p video recording. This is supported by two far-field studio microphones and 1.6W stereo speakers.

The Microsoft Surface Pro 7+ is priced starting at Rs 83,999 in India and the variants include:

The Microsoft Surface Hub 2S is a smart whiteboard made for businesses and the 85-inch variant has now arrived in India. The Surface Hub 2S is made from machined aluminium measuring 85.6 millimetres in thickness and weighs 84 kilograms. It features an 85-inch 4K UHD (3840×2160 pixels) resolution PixelSense display with a 16:9 aspect ratio, 10-bit colour depth and 20 touchpoints.

The Surface Hub 2S runs on an 8th generation Core i5 processor with 8GB RAM and 128GB storage along with Intel UHD 620 graphics. It has a USB Type-A port, mini DisplayPort, Ethernet port, HDMI input and Type-C ports.