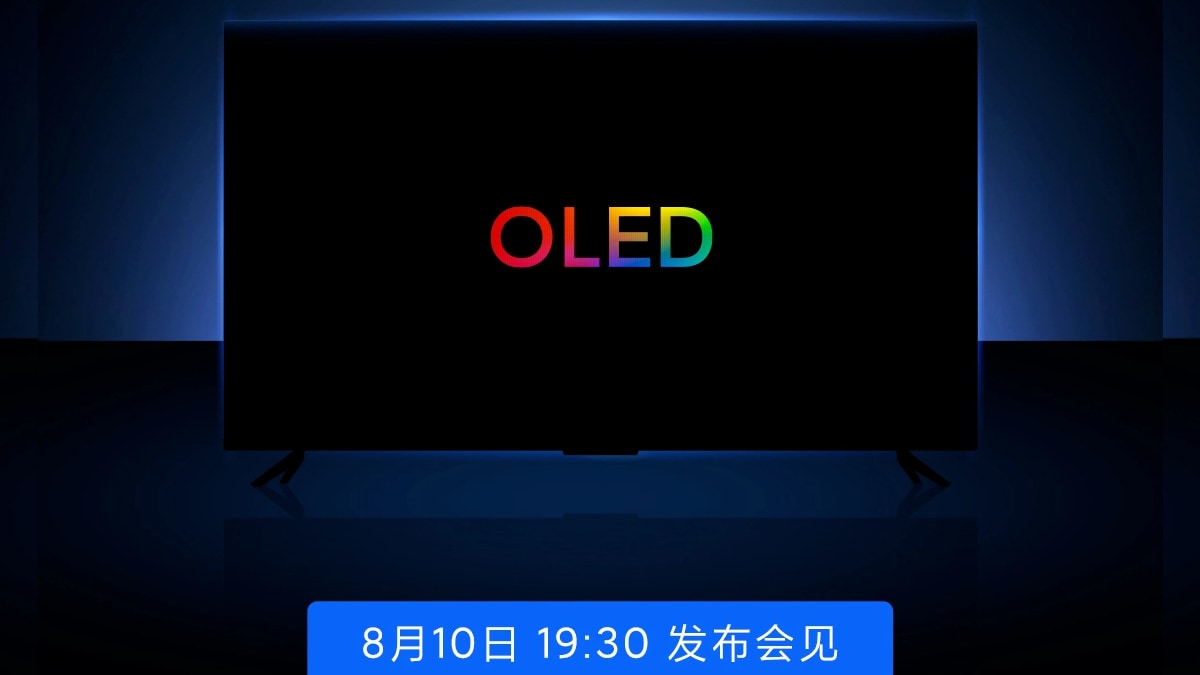 Xiaomi is hosting an event on August 10 in China wherein it is all set to launch its new-generation OLED TV alongside the Mi Mix 4 smartphone. Details regarding the new television are very scarce at the moment, apart from it donning an OLED panel. A fresh listing on a Chinese e-commerce platform gives us insight into the screen sizes of the new OLED TV range from Xiaomi. Xiaomi’s launch event on August 10 will begin at 7.30pm local time (5pm IST).

Chinese e-commerce site JD.com has published a dedicated teaser page for the next-gen Mi OLED TV 2021 range ahead of the August 10 launch. The listing suggests that the Mi OLED TV 2021 range will be offered in three sizes – 55-inch, 65-inch, and 77-inch. The teaser page hints that the OLED TV will have thin bezels and support Nvidia G-Sync for a better gaming experience. The page also teases improved picture quality, though doesn’t detail much on that front.

The JD.com listing suggests that the Mi OLED TV 2021 range will feature an Ultra HD 4K display resolution with support for HDR. It is listed to run on Android TV, offer voice assistance, and will be powered by a quad-core processor. The 55-inch model may weigh about 21.5kg, the 65-inch should weigh about 30.1kg, and the 77-inch is listed to weigh 53.3kg.

Apart from this, JD.com offers no other information. But all details regarding pricing, specifications, and availability should be revealed during the event on Tuesday, August 10. The Mi Mix 4, as mentioned, will also be unveiled at the event. The flagship smartphone from Xiaomi is expected to feature a rear camera setup in a housing that is similar to that of the Mi 11 Ultra. It is tipped to come with an under-display selfie camera. The phone is expected to be powered by a Snapdragon 888 SoC paired with 12GB of RAM. Xiaomi will also be launching the Mi Pad 5 series at the event, the company announced via Weibo.