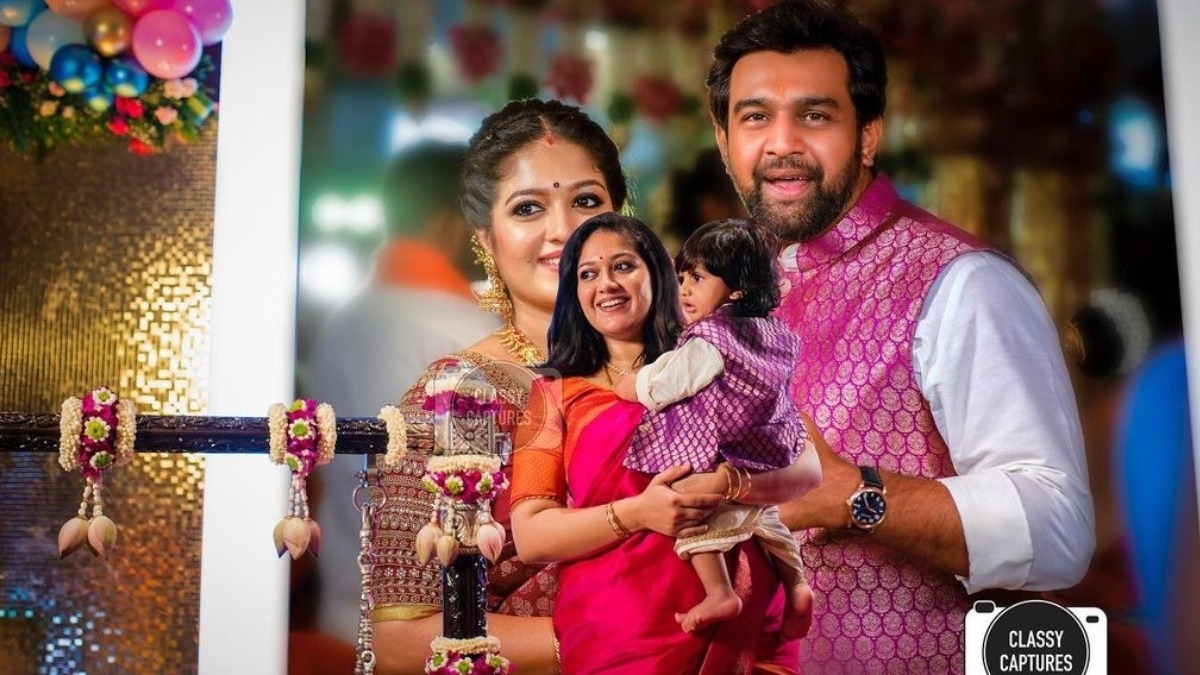 Kannada stars Maghana Raj and Chiranjeevi Sarja’s son turned 10 months old on August 22. Meghana Raj welcomed her baby boy on October 22, 2020. Chiranjeevi Sarja passed away due to a heart attack five months before his son’s arrival. Last week, the actress revealed the name of her son and hosted a grand naming ceremony for the adorable baby boy.

Meghana revealed her son’s name on September 3 with a special video on her Instagram page. The prince was named Raayan Raj Sarja. Meghana Raj hosted a grand naming ceremony for Raayan last Saturday, September 4. She shared pictures of herself and her son from the function. She also posted a video of her son’s baptism ceremony.

In the photos, Meghana opted for a silk saree while Raayan was dressed in a white shirt and waistcoat similar to his father Chiranjeevi. Sharing the adorable pictures, Meghana wrote, “Raayan Raj Sarja.” The actress and her husband got married according to both Hindu and Christian rituals. So, she hosted the baptism ceremony alongside the naming ceremony. Sharing a video of the two ceremonies, she revealed the reason for choosing the name Raayan by penning a heartwarming note.

Meanwhile, Chiranjeevi’s brother and Raayan’s uncle Dhruva Sarja took to Instagram to share the joy with fans by posting a lovely video and a photo with his nephew, Raayan Raj Sarja. In the photo, Dhruva can be seen holding Raayan and kissing him. Dhruva was smiling as Raayan keeps one of his legs on his uncle’s face in the video. Dhruva Sarja gifted a Rs 10 lakh worth silver cradle to Meghana Raj and his nephew even before he was born.