Fashion designer and actor Masaba Gupta couldn’t help but call out the troll who shamed her for her looks. Masaba posted a screenshot of an insensitive remark made by a troll that read: “You look so bad… It’s an irony that you are in the fashion and entertainment industry.” Masaba Gupta’s reply to the Instagram user was the definition of sassy. The Modern Love Mumbai star wrote: “That’s cute. Let’s be clear being in any industry has to do with talent. Crazy hard work. Wild discipline. Yes? Yes. As for my face, that’s just a pretty bonus (as is my mind that is as sharp as a knife and your b******* wouldn’t get past it even if you tried).” 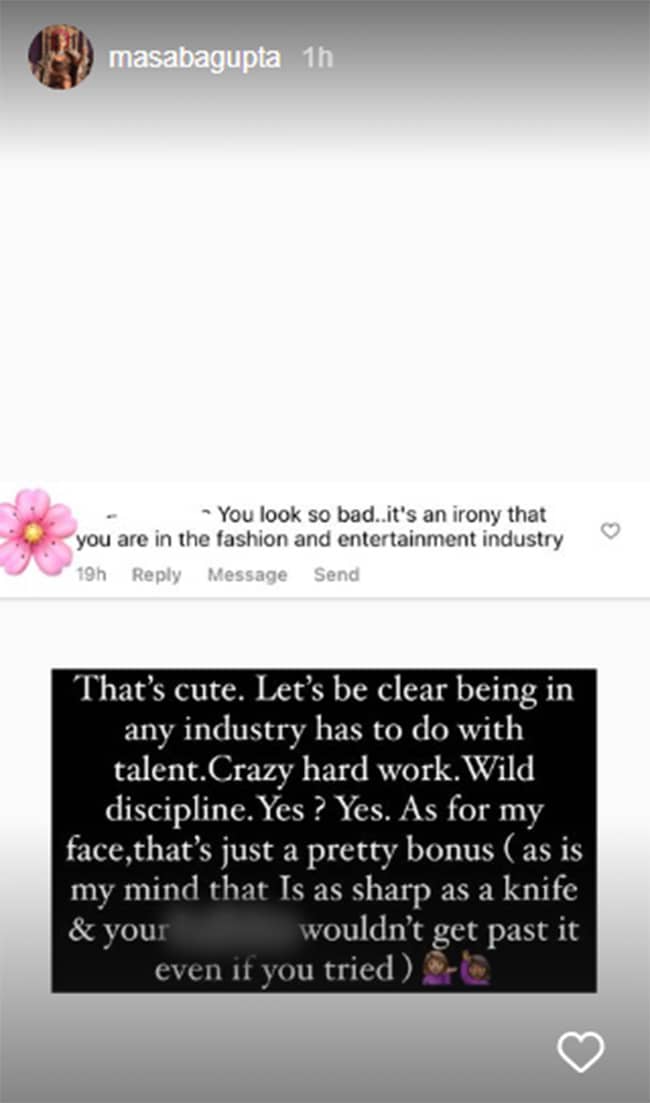 Masaba Gupta was last seen in Amazon Prime Video’s series Modern Love Mumbai. She also featured in the Netflix series Masaba Masaba, a semi-fictionalised show inspired by the lives of Masaba Gupta and her actress-mother Neena Gupta. The second season of the show will release soon. She is busy with the promotions of the second season of the smash hit. Masaba also featured as one of the judges on the TV reality show MTV Supermodel Of The Year. Priyanka Chopra, Alia Bhatt, Sonam Kapoor, film producer Rhea Kapoor and many other Bollywood stars, including Masaba’s mother Neena Gupta, swear by her designs.