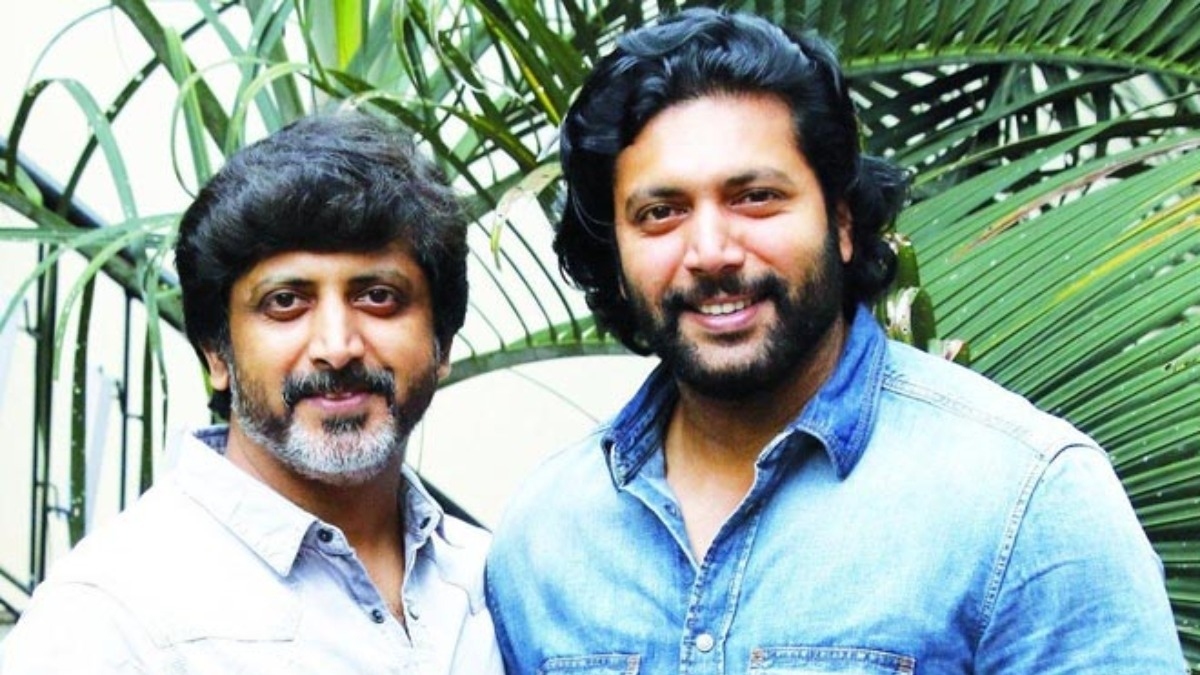 Actor Jayam Ravi who is sporting the titular role in the upcoming epic multi-starrer ‘Ponniyin Selvan’ turned 41 yesterday and many celebrities took to their official social media handle to wish this charming actor a very happy birthday.

Though many of his friends poured him with wishes and love the special one came from his brother Mohan Raja. Mohan made his directorial debut in Kollywood through the blockbuster film Jayam with Ravi in the lead role.

This successful duo gave many blockbuster films like ‘Santhosh Subramaniam’, ‘Unakum Enakum’, ‘Thani Oruvan’ and many more. On the occasion of his brother’s birthday, Mohan took to his social media and posted a childhood picture of them and also collaged it with the picture of their sons.

He captioned the picture, “Like fathers like sons” and added a red heart emoji toward the end. On the professional front, Mohal is currently directing the Telugu remake of Malayalam blockbuster Lucifer with Chiranjeevi as the lead. On the other hand, Ravi recently wrapped shooting for his upcoming film Ponniyn Selvan and is collaborating with director Kalyana Krishnan for his next film tentatively titles JR28. Read more at: Jayam Ravi celebrates birthday at the pooja of his new film! – Hot update