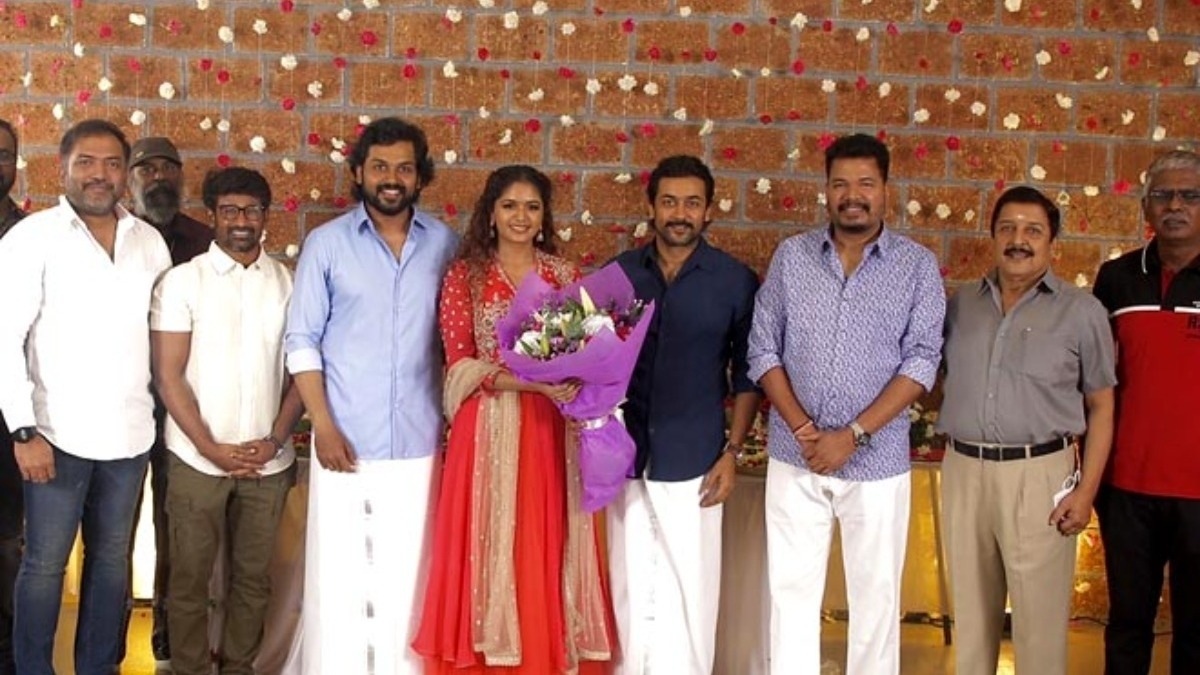 We already reported to you that the ace director Shankar’s daughter Aditi is making her debut through the film ‘Viruman’ opposite Karthi. The film’s shooting kick-started with Pooja today and the pictures from the ceremony are doing the rounds on the internet.

Producer and Actor Suriya announced his next film under his production house with his brother Karthi and the film was named ‘Viruman’. The sweetest surprise came to fans when Aditi the younger daughter of film-maker Shankar was roped in as the lead lady.

Suriya welcomed Adithi on board with a sweet note. He wrote, ” A very warm welcome to Aditi Shankar! You are going to win everyone’s heart! God bless!. Director Shankar also thanked Suriya and the team for having his debuting his daughter through their production house.

The film Kick-started with a Pooja and Actor Karthi, Suriya, Aditi were present during the ceremony. Director Shankar and veteran actor Sivakumar also grade their presence and wished the team. Karthi is joining hands with Muthaiyafor the second time after ‘Komban’.