Major cuteness alert. Courtesy: Kareena Kapoor. Can you guess whose picture we are talking about? It’s Jeh, of course. The little one looks as cute as a button. It seems that the frame is from Jeh’s pool time album. He is wearing a blue swimmer float vest.  Along with the pic, Kareena wrote, “That’s how I Firenze. Summer of 2022. Stay cool, Jeh baba.” Kareena is having a blast with her husband, actor Saif Ali Khan and their children Taimur and Jeh. Their current stop is Florance, Italy.

While fans were left in awe of the “cute photo”, Kareena Kapoor‘s BFF, actress Malaika Arora also dropped a comment on the post. She wrote, “Munchkin.” Actor Vijay Varma, who will be seen alongside Kareena in Sujoy Ghosh’s next, wrote, “So adorable.” Designer Manish Malhotra has left red heart and heart eye emojis.

Now, look at this oh-so-funny snap of Jeh, shared by Kareena Kapoor on her Instagram Stories. In the picture, Jeh is sitting in a carrier with the signboard that read, “Hand baggage allowance”. Kareena, who is known for her on-point caption game, didn’t disappoint us and wrote, “The caption says it all,” followed by laughing and love-struck emoticons. 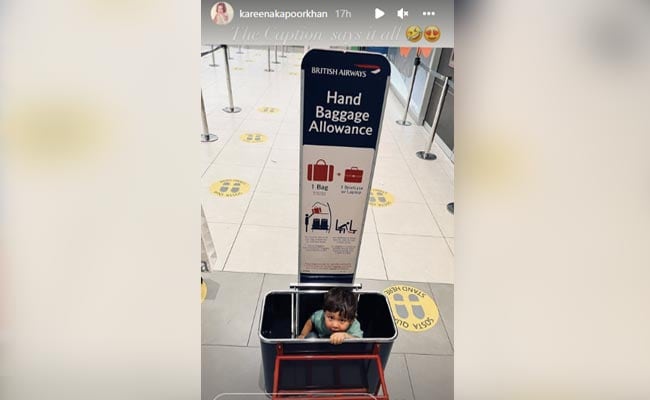 In the middle of her amazing holiday with family, Kareena Kapoor also made headlines after fans started to speculate that she is  pregnancy. Addressing the speculations and shutting the rumours all at one, the actress said,  “It’s pasta and wine guys…..Calm down… I am not pregnant…Ufff…Saif [Ali Khan] said he has already contributed way too much to the population of our country… Enjoy… KKK [Kareena Kapoor Khan].” 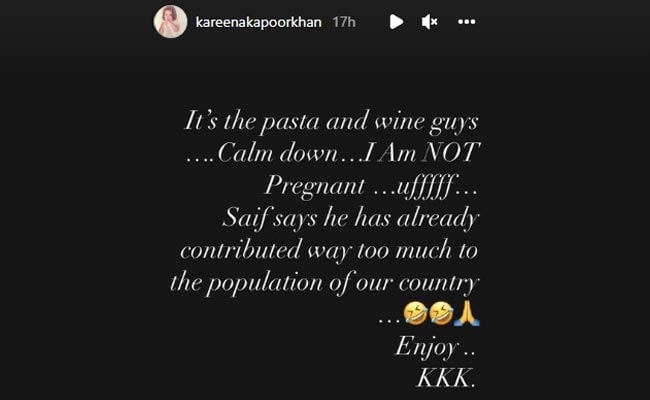