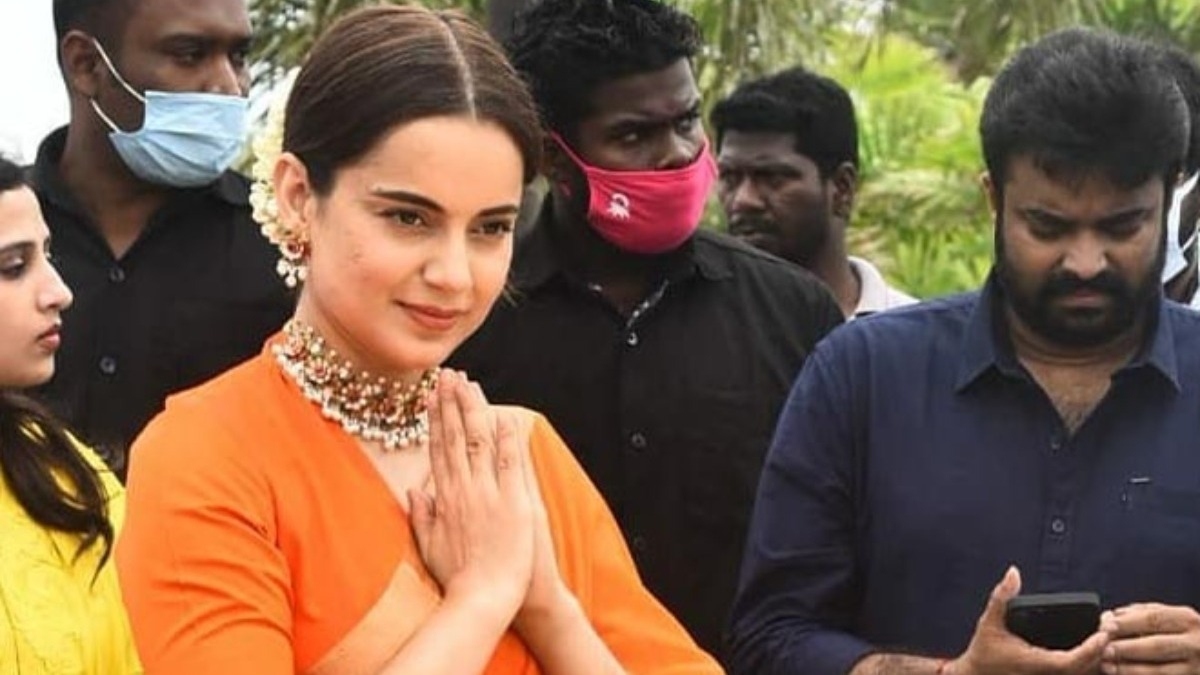 Kangana Ranaut starrer ‘Thalaivii’ is one of the most anticipated films of the year. Ahead of the release, Kangana Ranaut paid tribute to former Chief Minister J Jayalalithaa’s memorial today and shared pictures from her visit to Marina Beach in Chennai.

Thalaivii is all set to hit the theatres on September 20 and the lead lady Kangana Ranaut and director AL Vijay paid respects to former Chief Minister MG Ramachandran and J Jayalalitha. The actress donned a gorgeous Orange saree with Red and gold border and looked heavenly in the pictures which she posted on her social media handles.

‘Thalaivi’, is the biopic of J Jayalalithaa and has Arvind Swami playing the popular AIADMK leader MGR. GV Prakash is composing music for the film. The film, which chronicles the life of former actress and late CM J Jayalalithaa, was supposed to hit screens on April 23 but was postponed due to the COVID-19 pandemic

The Tamil version of this political drama was cleared with a clean ‘U’ certificate and will be released in Tamil, Telugu and Hindi respectively. The film is produced by Vishnu Vardhan Induri and Shailesh R Singh.

Kangana Ranaut talks about the ongoing controversy around multiplexes not screening #Thalaivii. She urges them to give her film a chance and asks public to support the movie in whichever way they can.#KanganaRanaut #ThalaiviiFromSep10th pic.twitter.com/yM7wB5HZFj