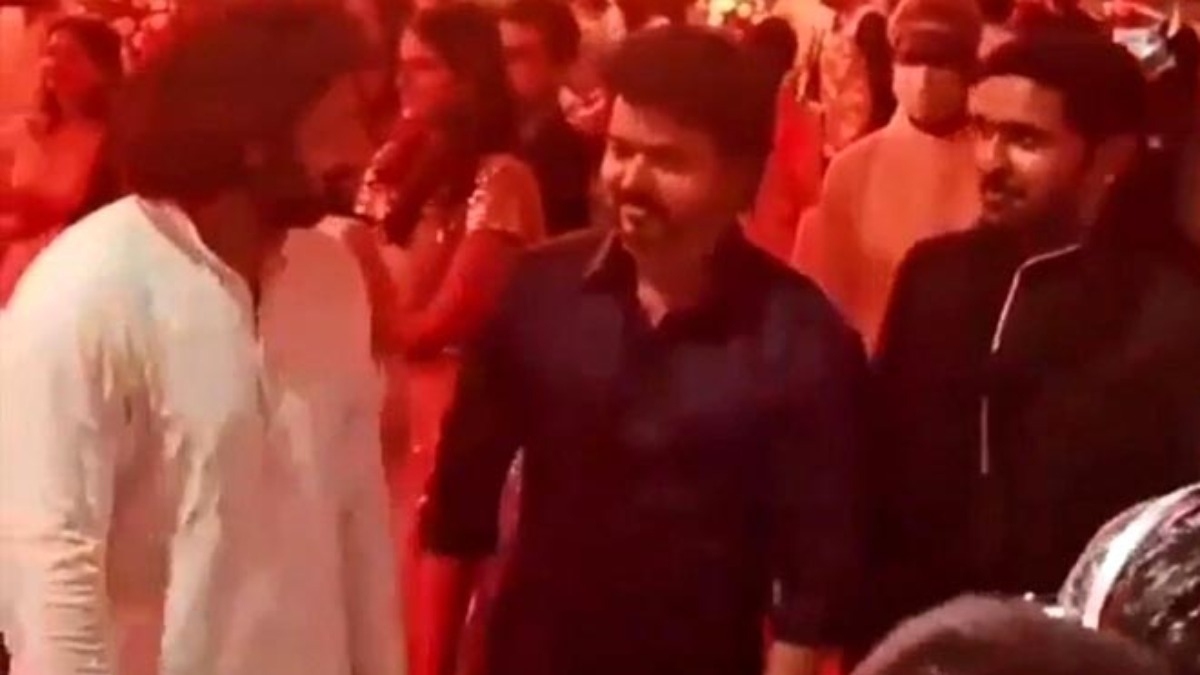 Thalapathy Vijay is the uncrowned king of Kollywood, he enjoys a global fandom and treats his fans with blockbusters very often. Spotting Vijay in a social gathering is a wonder and it happened recently. Yes, Thalapathy was spotted attending a reception in Chennai yesterday.

Vijay is currently shooting for the 4th schedule ‘Beast’ and the duet song involving Vijay and Pooja Hegde was shot at the Gokulam studio in Chennai. According to sources, the film will have an Arabic song and a song by Sivakarthikeyan as the lyricist.

In one of the photos, Vijay was seen sitting with politician Kalanidhi Maaran who is also the producer of Thalapathy’s upcoming film ‘Beast’. The film’s shooting is going on floors at a brisk pace and the first single is expected to arrive during Diwali. The film also has Pooja Hegde playing the lead and director Selvaraghavan as the antagonist.