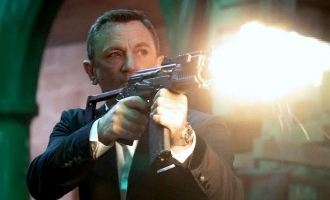 ‘James Bond 007’ is one of the best and famous movie franchises in World cinema. No Time to Die is the forthcoming spy film and the 25th in the James Bond series produced by Eon Productions. Daniel Craig is reprising his role as the fictional British MI6 agent James Bond for the 5th time. Craig has said it will be his final Bond film.

Oscar award-winning actor Rami Malek, Ana de Armas, Dali Benssalah, Billy Magnussen, and David Dencik are the new additions to this 007 flick. The principal photography happened from April to October 2019 under the working title Bond 25. No Time to Die was originally scheduled for release in November 2019 which was cancelled due to the pandemic.

The long wait is over for the Bond franchise fans because the final release date of No Time to Die was announced at last after many postponements. The release date in India is September 30, which is revealed in the final trailer that premiered the day before yesterday. The film’s regional release is eight days before its release in the US on October 8.

No Time to Die will release in English, Hindi, Tamil, Telugu, Malayalam, Kannada, Punjabi, Gujarati, Bhojpuri and Bengali later this month. James Bond 007 franchise is one of the longest-running in cinema history and it has a huge fan base in India. The final International trailer portrays the cast in intense action sequences with the message, ‘Wait Is Over’.