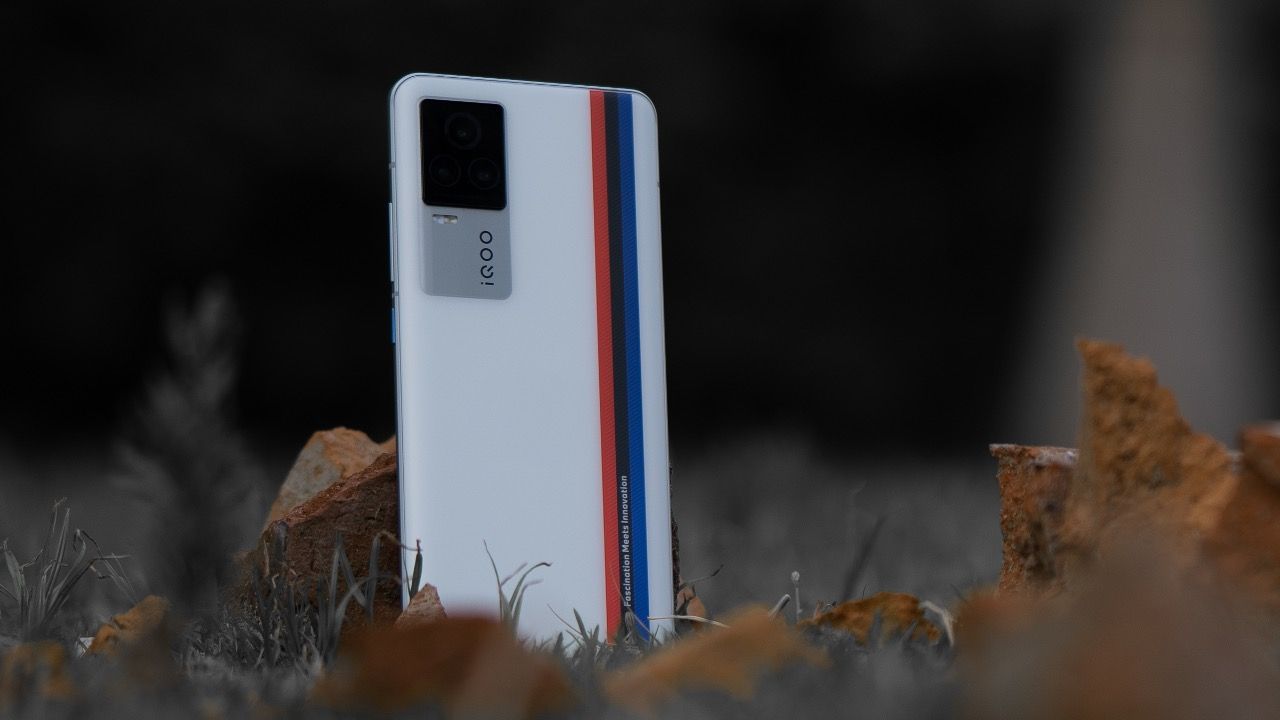 The iQOO 7 Legend is the company’s second outing in India after the iQOO 3 (review) that launched in March 2020 as one of the first 5G phones. iQOO, short for I Quest On and On is a sub-brand of Vivo and uses the latter’s services for providing after-sales support. At its asking price that starts at Rs 39,990, the iQOO 7 Legend is one of the most affordable flagship phones available in India right now and is powered by the top-of-the-line Qualcomm Snapdragon 888 processor. The smartphone goes head-to-head with Xiaomi’s Mi 11X Pro in India. With its subtle design sans any RGB or any other bells and whistles, the iQOO 7 Legend is also a gaming phone in disguise with a large vapour cooling chamber, pressure-sensitive screen and strong haptics. Here’s how the iQOO 7 Legend performed in our daily use and why it is a strong contender for anyone looking to buy a flagship phone in 2021. 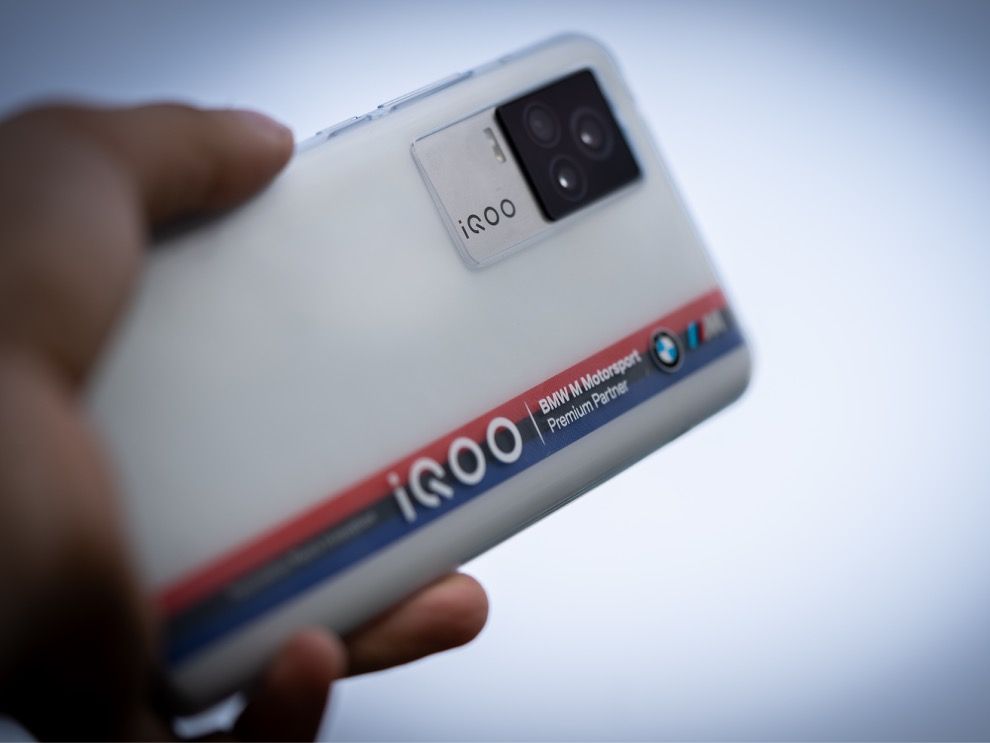 The iQOO 7 Legend is powered by the Qualcomm Snapdragon 888 processor that will be nearly seen on most flagship phones that launch this year. The Snapdragon 888 has an octa-core CPU where a prime core is running at 2.84GHz, three performance cores clocked at 2.42GHz and four power-efficient cores running at 1.80GHz. This is backed by the Adreno 660 GPU along with up to 12GB LPDDR5 RAM and 256GB UFS 3.1 storage.

In our daily use, the iQOO 7 Legend showed no signs of stress and we did not encounter any lags when switching between different apps or games. On the AnTuTu benchmark tests, the iQOO 7 Legend scored 827163 points, while Geekbench awarded it 1136 points in single-core tests and 3694 points in multi-core tests. These are some of the highest scores we have seen both on AnTuTu and Geekbench overshadowing phones such as the Asus ROG Phone 5 and OnePlus 9. 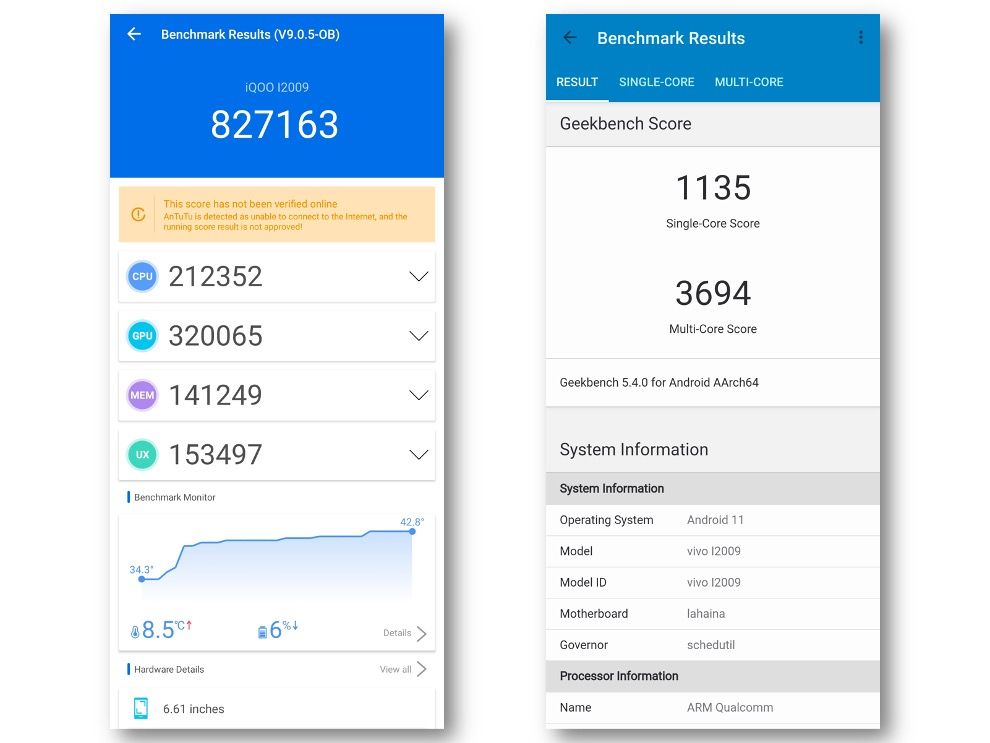 The iQOO 7 Legend also scored high points in PCMark work 2.0 and GFX Bench tests, only eclipsed by the scores of ROG Phone 5. However, for some reason, Gamebench just refused to run on our unit of the iQOO 7 Legend. We will be updating this review with the Gamebench scores as soon as we can get it working. That being said, the iQOO 7 does perform flawlessly when it comes to games such as Call of Duty: Mobile, Asphalt 9, Free Fire, Injustice 2 and more.

Unlike the ROG Phone 5 (review) or even the iQOO 3, the iQOO 7 does not have trigger buttons on the side edge. Instead, the display of the phone is pressure sensitive and allows users to map in-game controls in different games. While in the game, players can just hard press the left or right side of the screen to perform selected actions. There are two sensors each on the left and right side of the display that detect pressure sensitivity allowing players to tune it as per their choice. The haptic feedback of the phone is generally good and there is a 4D game vibration mode as well which boosts the feedback when playing games. Furthermore, the dual speakers on the iQOO 7 are just resounding and can get loud enough which more than makes up for a great gaming experience. 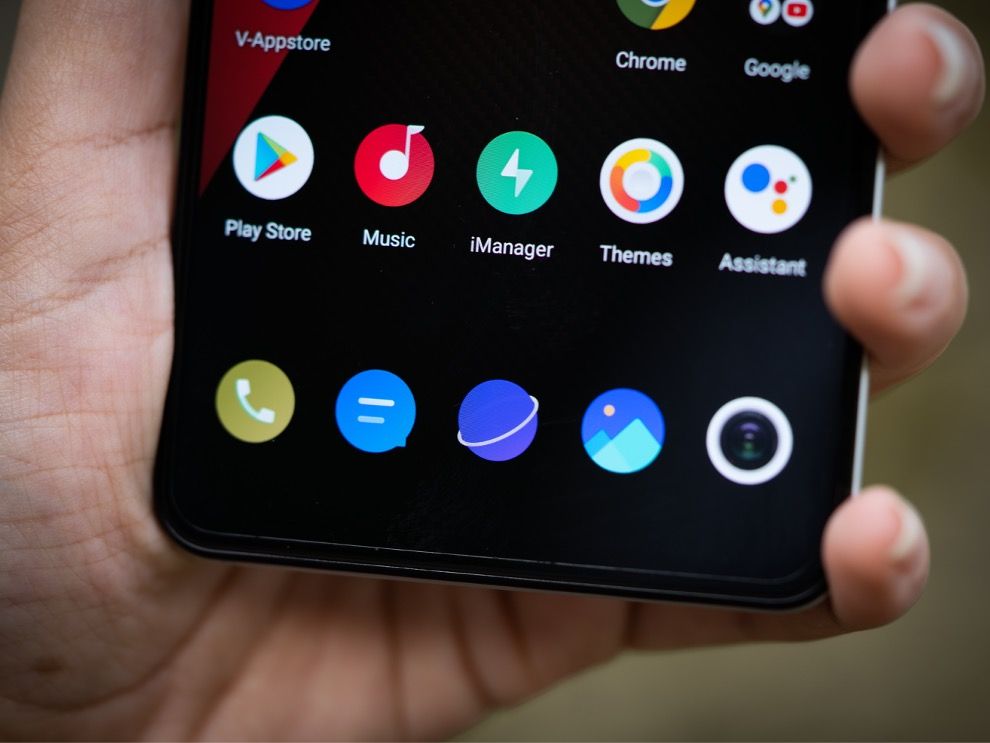 It is able to run popular games effortlessly and moving around the phone’s UI and between the apps was easy. The phone runs FunTouch OS 11.1 which is based on Android 11. The UI is snappy, easy to use and offers tons of personalization features but it is no OxygenOS or One UI. It came preloaded with third-party apps like Dailyhunt, Moj, Netflix, PhonePe and Snapchat, which are just unnecessary and can be uninstalled. Overall, the iQOO 7 Legend performs perfectly for its asking price and there were no major issues we faced apart from the Gamebench app not running.

The iQOO 7 Legend is equipped with a 4000mAh battery that supports 66W fast charging out-of-the-box. We were easily able to get over a day’s worth of usage from the phone in a single charge. Our usage consisted of playing games, watching videos and checking out social media apps with the phone set to a 120Hz refresh rate at all times. The battery of the iQOO 7 Legend should be good for most people and if it starts running out of juice, you can always top it up in 25 minutes from 0-100% using the 66W fast charging adapter. 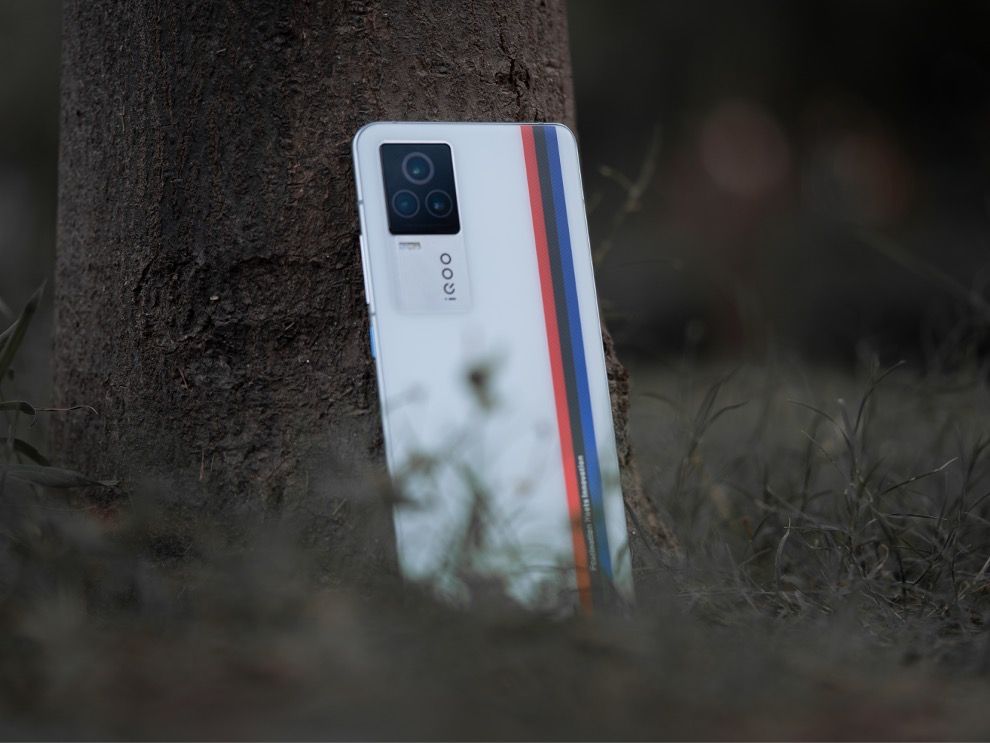 The iQOO 7 Legend is one solidly built smartphone that looks very elegant in the hand. It has a soft-touch matte finish that is highlighted by three coloured stripes running across the back in red, black and blue and the words “Fascination Meets Innovation”. For the iQOO 7 Legend, the company partnered with BMW M Motorsport and created this “track design” on the back. 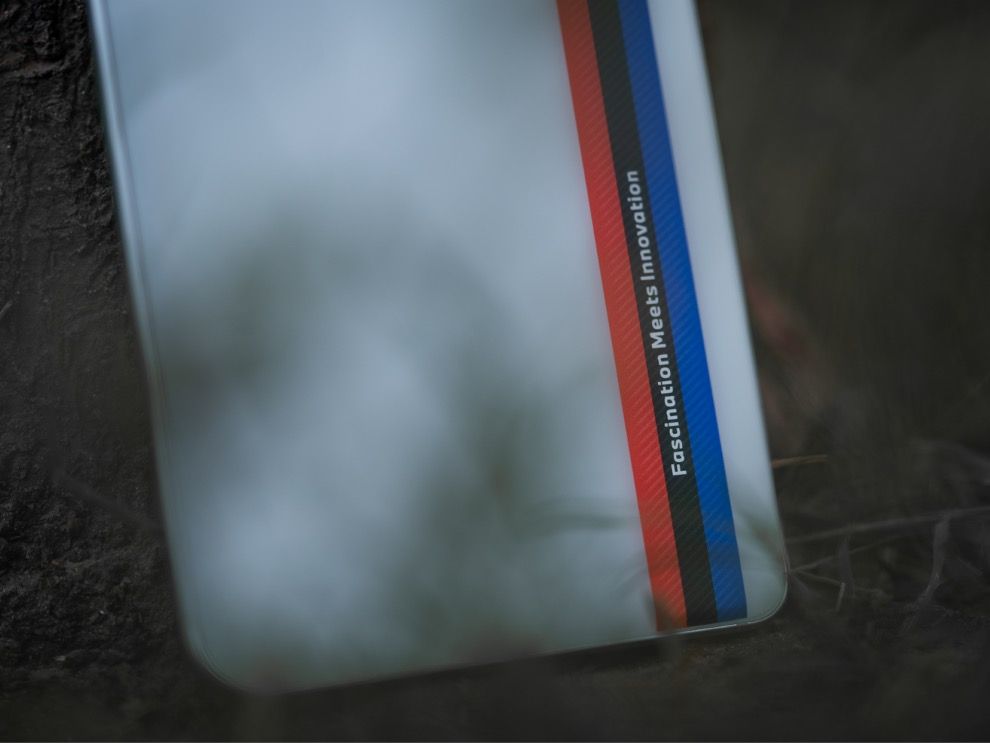 The iQOO 7 Legend has a metal chassis and measures 8.7mm in thickness. It weighs 209gm and is a bit on the heftier side of things. It is only available in this Satin White colourway that does not give it an impression of a gaming smartphone. There is a rectangular camera module on the back attached to a metal strip that has the brand’s name. The power button has a blue accent, but other than that the iQOO 7 Legend has got a clean design even though it’s a powerful gaming-centric device. 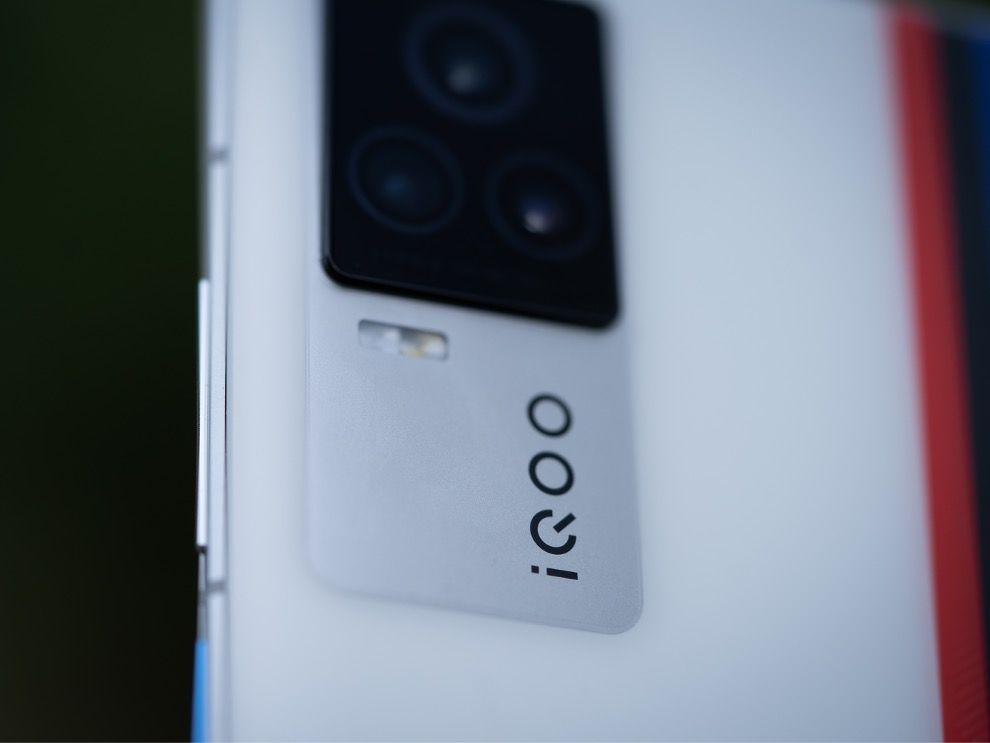 Due to the matte finish on the back, it is resistant to fingerprints and smudges. But you may want to use the special edition silicone cover that comes in the box for added protection against drops. As per the official information, the iQOO 7 does not have Gorilla Glass protection and neither has it received an IP rating. It has a flat edge on the top and the bottom along with the Type-C port and dual stereo speakers. Though it does misses out on the 3.5mm audio jack. 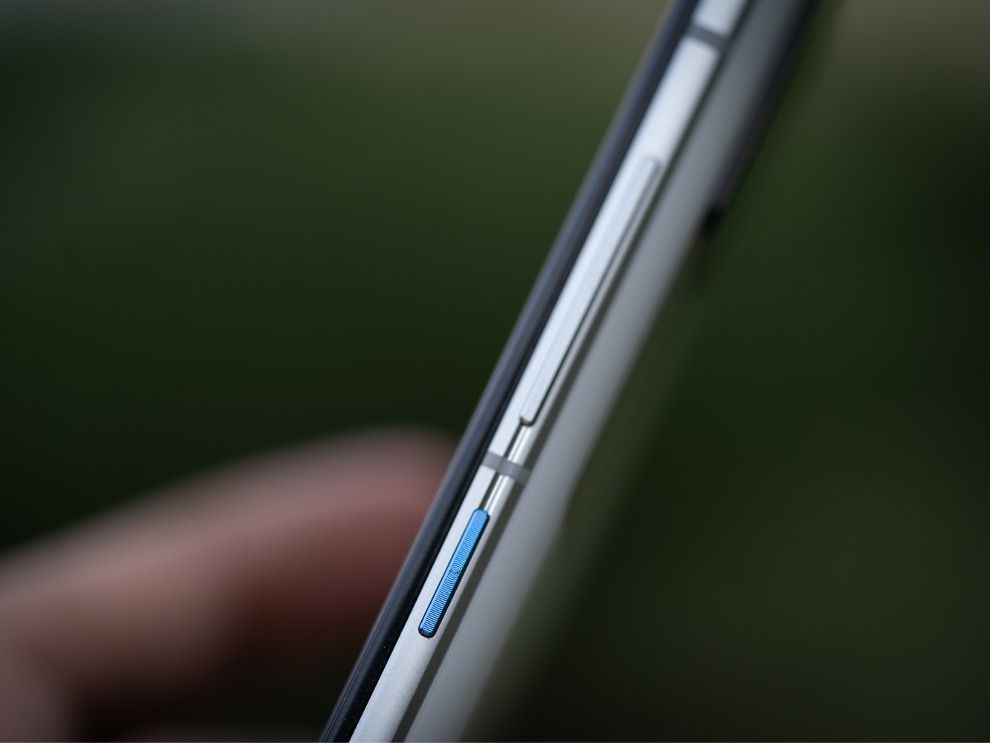 The iQOO 7 features a 6.62-inch Full HD+ (2400×1080 pixels) resolution display that uses an AMOLED panel with support for a 120Hz refresh rate. The phone’s display is certified for HDR10+ playback and has Widevine L1 support. The display does not have a protective layer of Gorilla Glass and comes with a pre-applied screen protector. The display on the iQOO 7 offers 1300 nits peak brightness and can get really bright with good sunlight legibility. 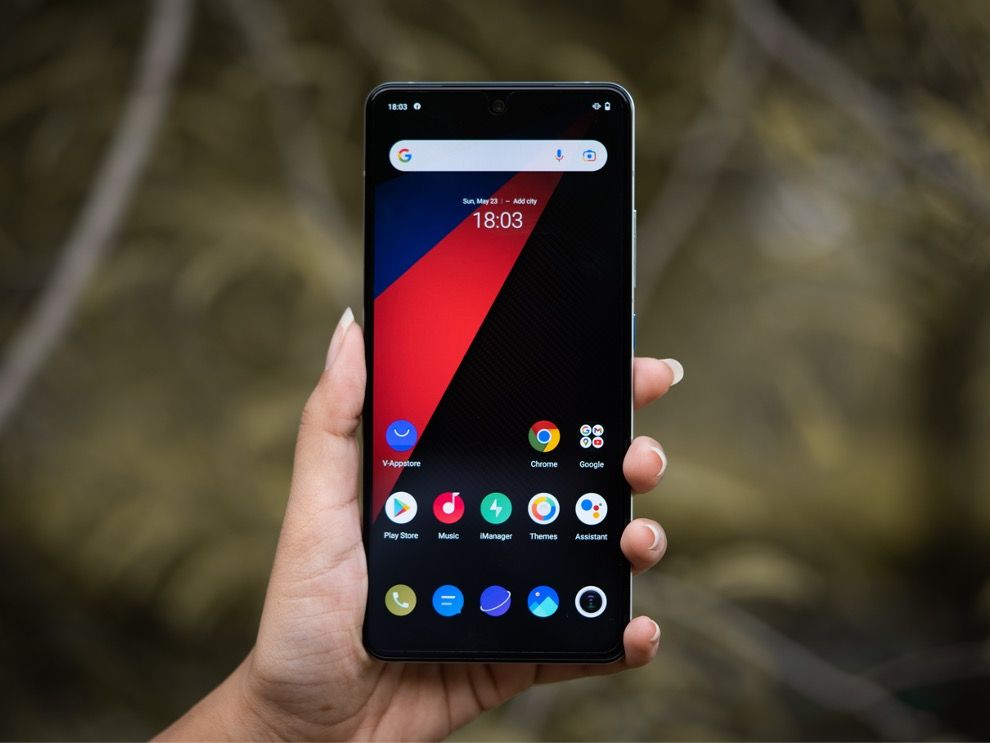 The screen of the iQOO 7 is perfect for consuming content as it produces pictures and videos with greater colour accuracy and crisp details. The high 120Hz refresh rate helps make the animations smoother and it shows when using the phone daily. Having said that, we found that even after setting the refresh rate to 120Hz, it goes back to 60Hz whenever the screen is left idle. 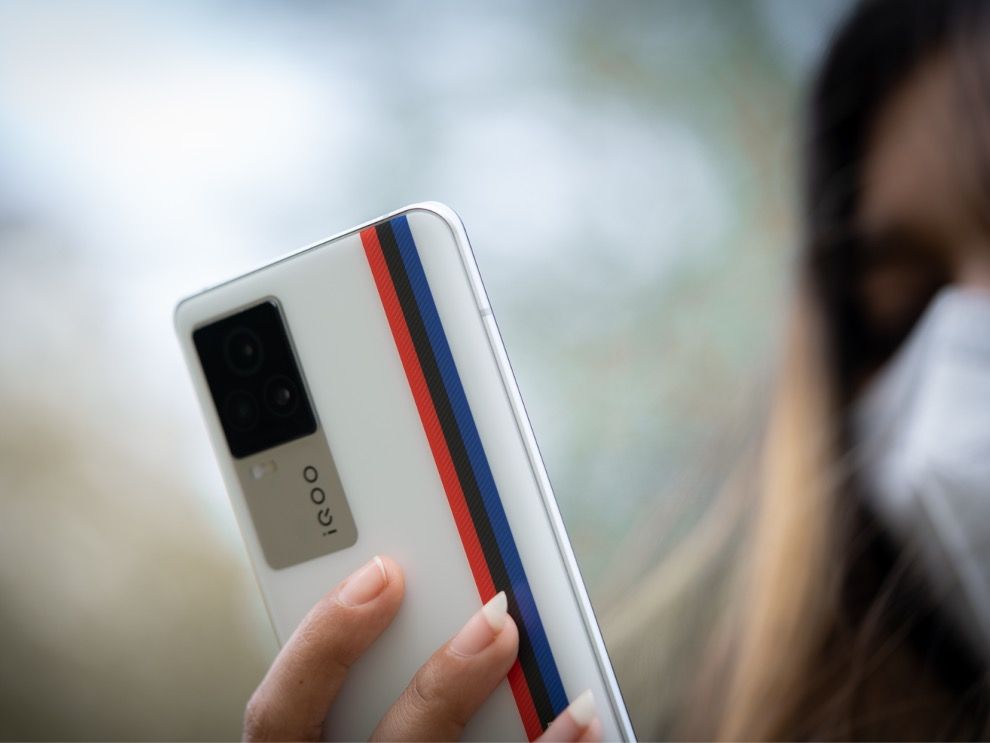 The iQOO 7 has a MEMC chip that oversamples frame rates in games like Call of Duty: Mobile and Free Fire. There is an option in the game assistant menu to boost the frame rates of the two games to 120Hz even though they are natively 60Hz. What’s more is that the screen on the iQOO 7 offers a 300Hz touch sampling rate which does affect your gaming performance as it can quickly detect finger movements when playing, giving your character a slight edge as commands is registered faster.

Another issue that we faced was that even though the display is HDR10+ certified, it does not support HDR content from Netflix and Prime Video. Though this is nothing that cannot be fixed via a software patch. 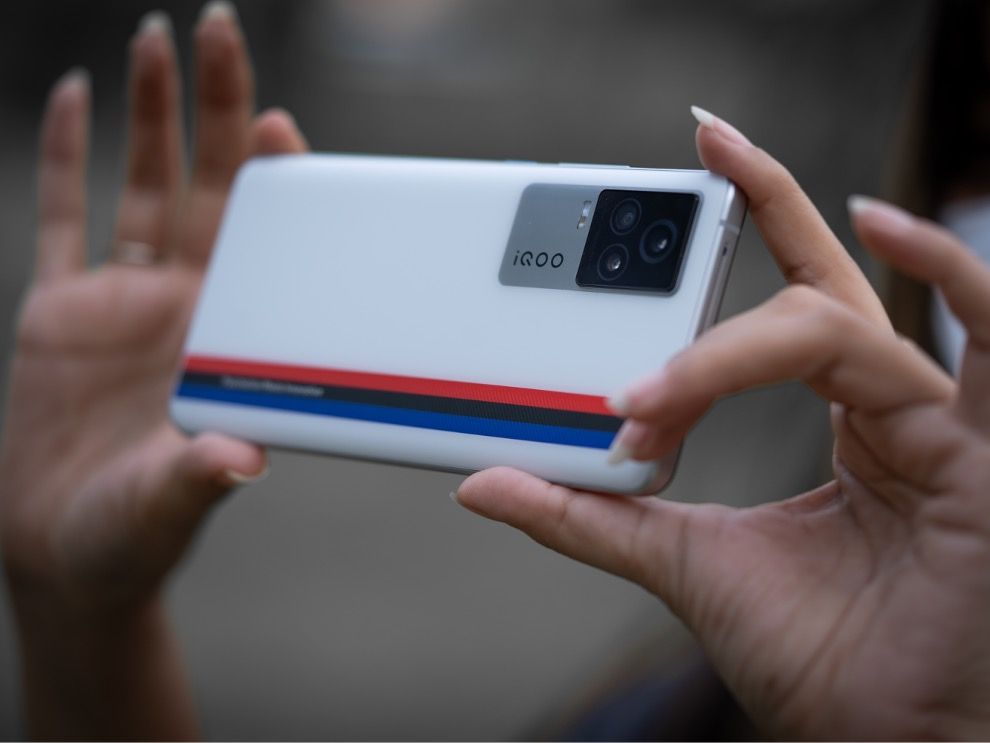 The iQOO 7 Legend is equipped with a triple camera array on the back that is headlined by a 48MP camera that uses Sony IMX 589 with f/1.8 aperture with OIS, a 13MP telephoto camera with upto 2x optical zoom and a 13MP ultra-wide-angle camera that brings a 120-degree wide view. The ultra-wide camera also doubles up as a macro camera and there is a 16MP selfie camera up front. The rear cameras can record in 4K UHD and 1080p videos at upto 60FPS with features like ultra-stabilization and more. 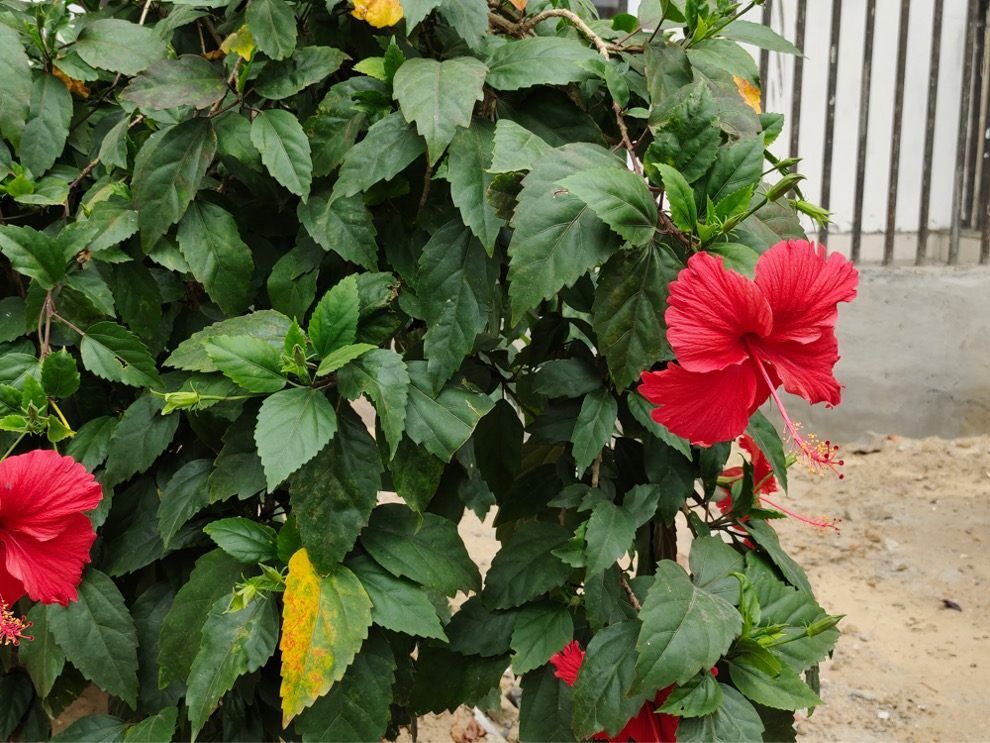 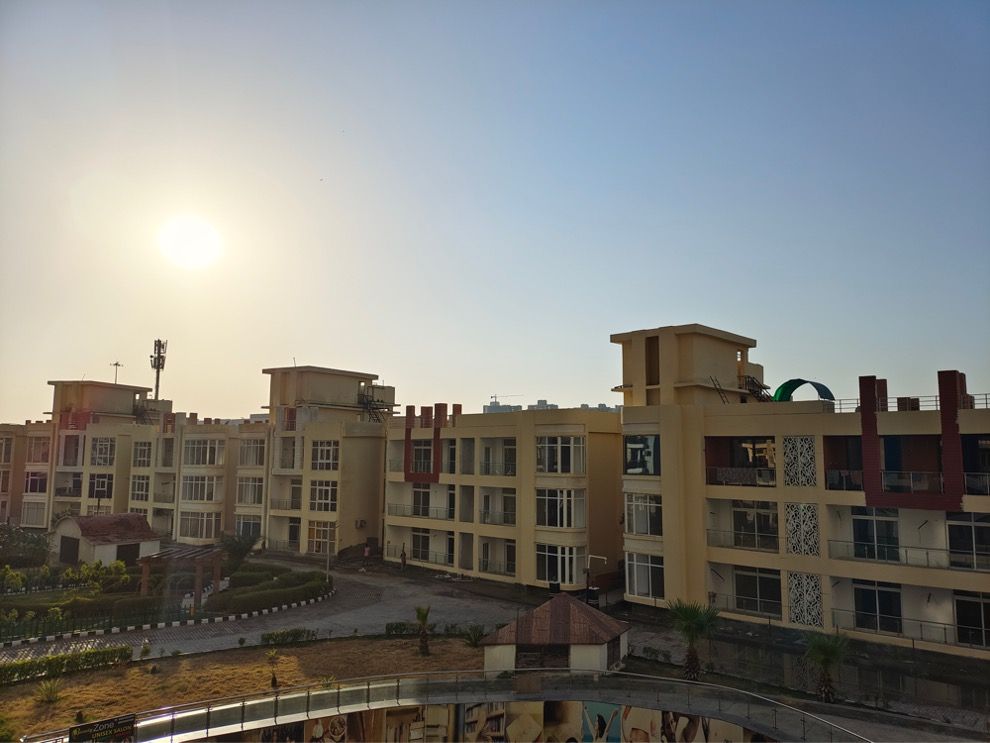 The iQOO 7 Legend produces great pictures in daylight that have crisp details, a balanced colour profile and just look very close to the natural imagery. This is something that we did not expect from a phone that’s primarily meant for gaming. Even though the iQOO 7 Legend uses the same sensor for its primary camera like the Vivo X60 Pro, the optimizations on the iQOO 7 Legend help it in capturing more lifelike pictures with deep natural bokeh in the background. 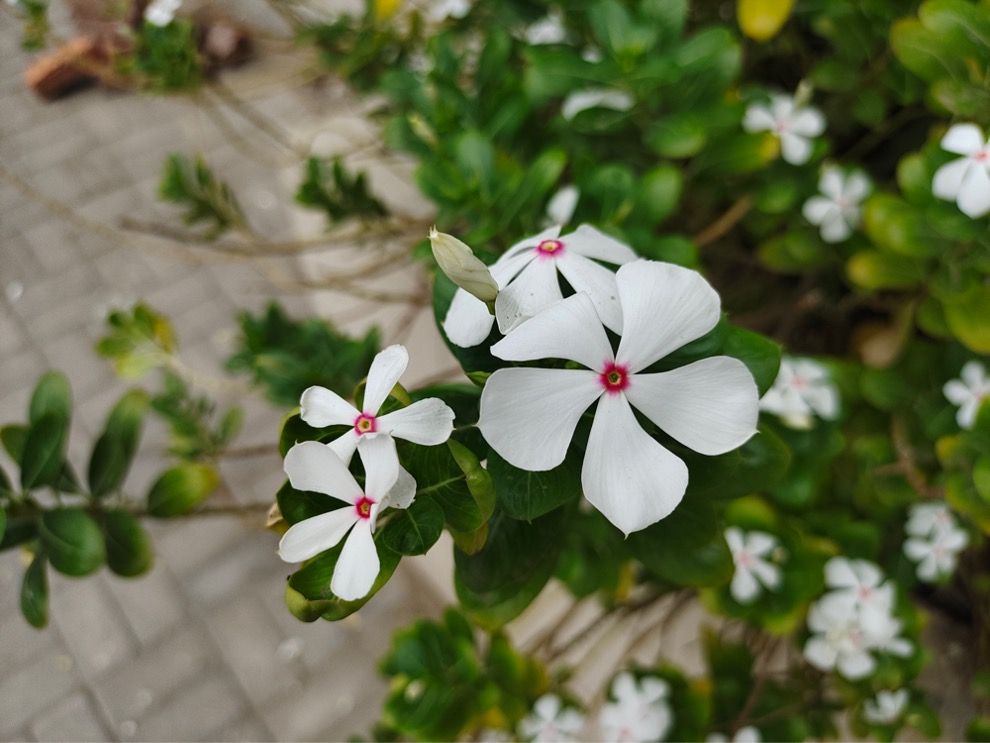 The telephoto camera on the iQOO 7 Legend has slightly cooler tones than the primary camera but produces well-detailed images with its 2x optical zoom and 20x digital zoom. The phone manages to keep the highlights and details sharp when zooming in, which is great for situations where you have to go up close to a subject without moving from your place. 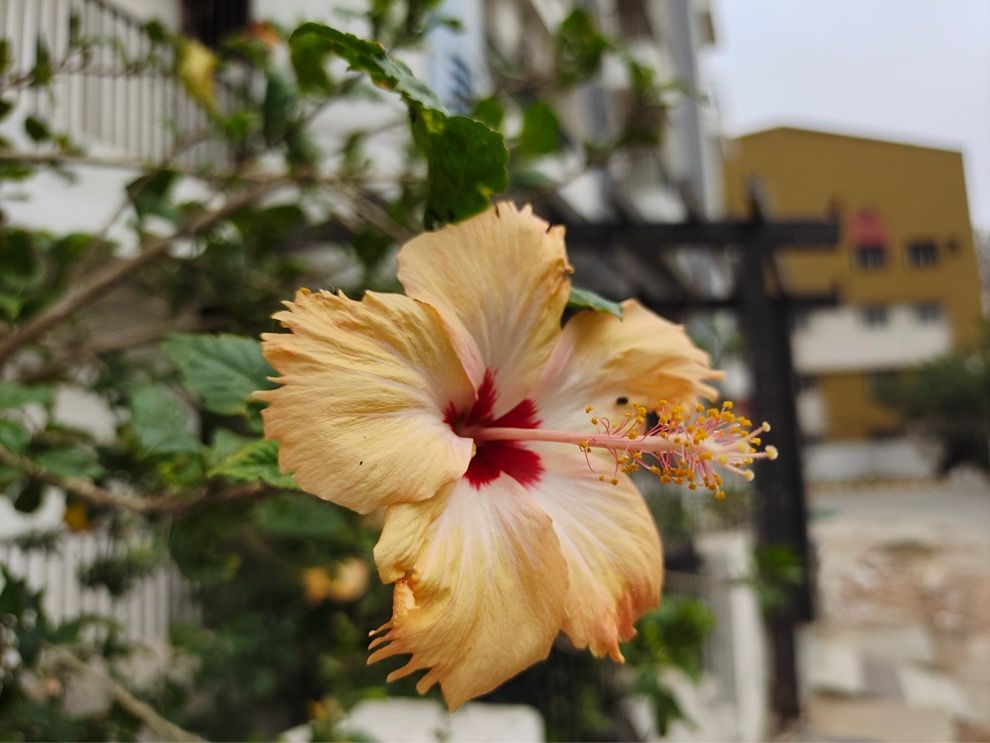 As for the wide-angle camera, the iQOO 7 takes decent and usable wide shots but does suffer from barrel distortion at times. The pictures are detailed with slightly warm tones.

The images from the macro mode also came out pretty well although zeroing in the focus was a bit of a hassle. Having said that, the macro pictures are well detailed and has a bit of warmer tones. 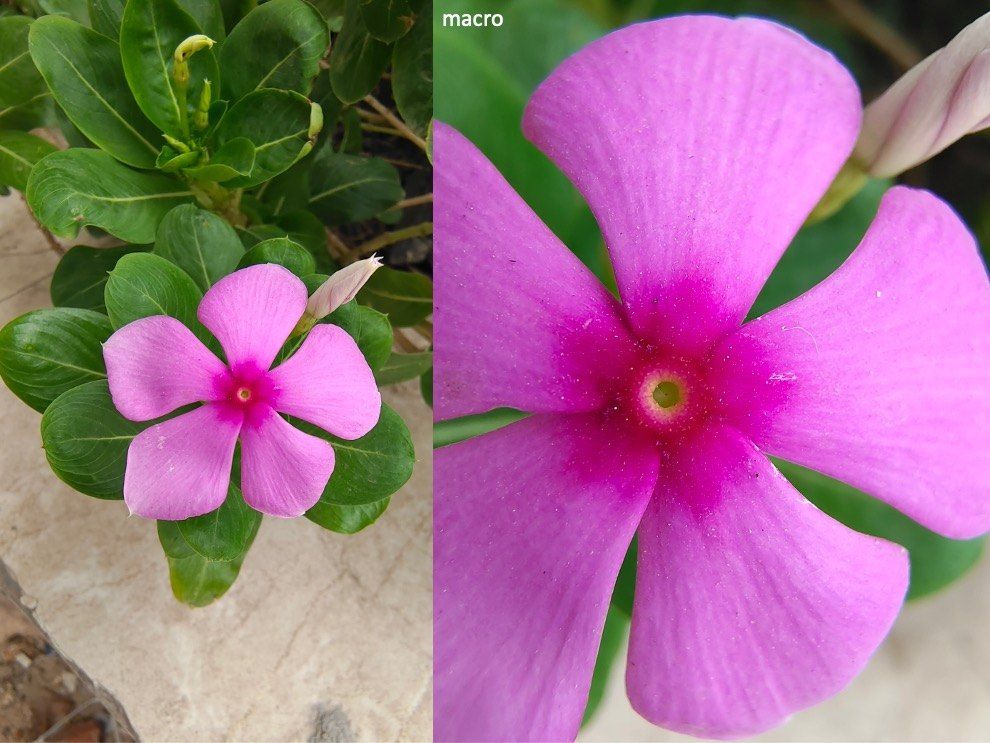 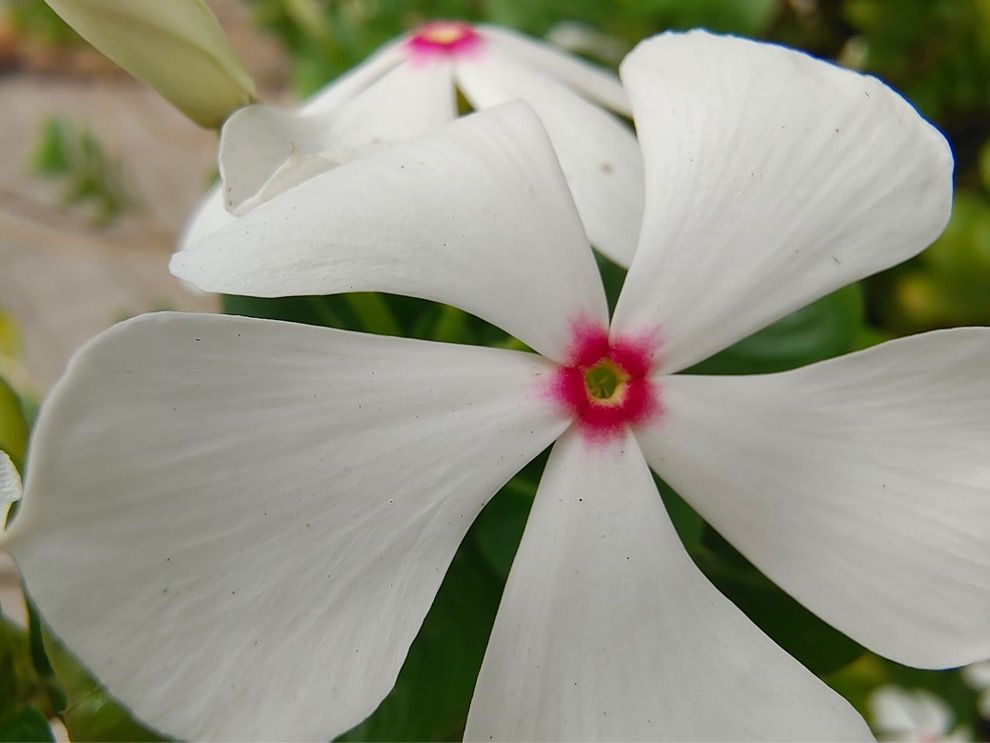 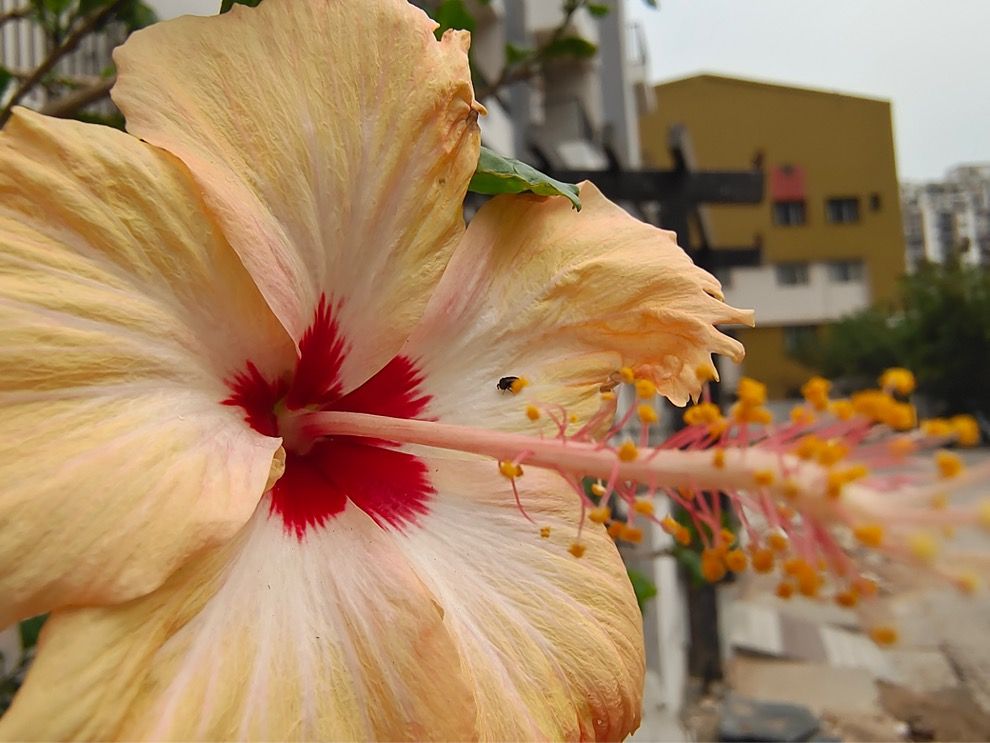 In a low-light environment or at night, the camera can pick up details well and the night mode boosts the highlights, brightens the frame and smoothens the textures in the picture. Having said that, details near the edges do not come out as detailed as in the normal mode.

Overall, the camera performance of the iQOO 7 Legend remains decent and users will find little issue especially when capturing a frame in daylight. The software optimizations in place do help the phone in producing well-lit and detailed pictures though it can do better in night mode. 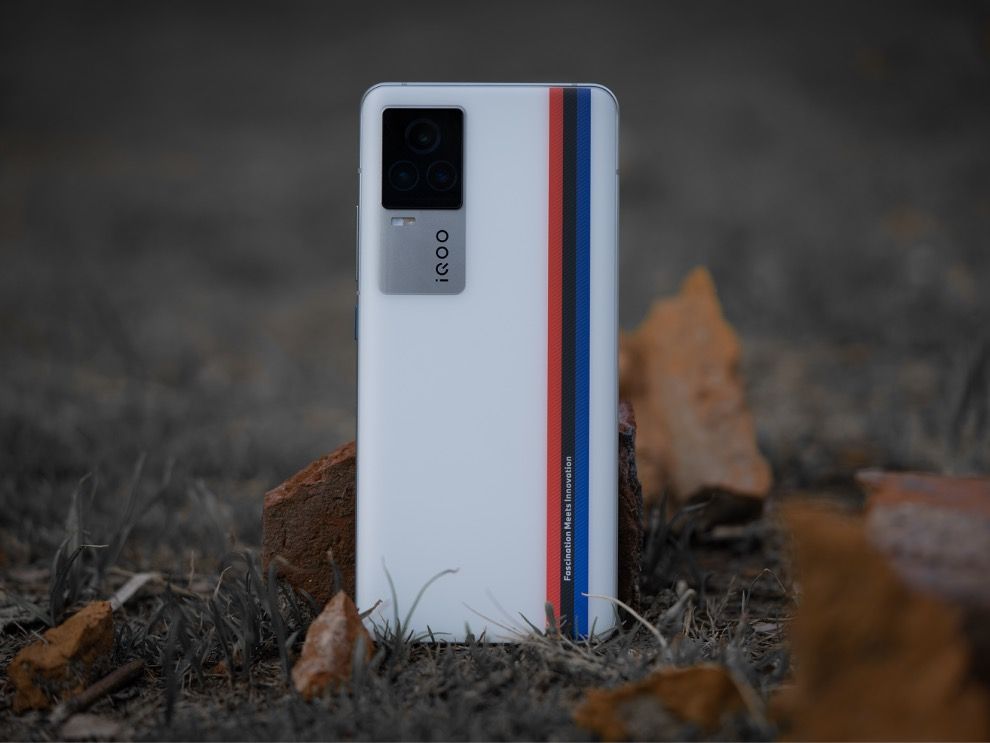 iQOO has come afar in just a matter of a year and the iQOO 7 Legend is a supremely powerful smartphone that offers a smooth and lag-free gaming experience. It is well-built, looks great in the hand and the matte finish is just the cherry on top. With the Snapdragon 888, we saw some of the top scores in benchmarking tests and in our day-to-day use. The phone did not show any signs of slowdowns at all. It has some of the best-in-class hardware powering it, providing a good mix of balanced and sustained performance.

The iQOO 7 Legend surprised us with its camera performance and can take some great pictures as far as gaming smartphones go. It is also one of the fastest charging phones available in India right now and can top up the phone in a matter of minutes.