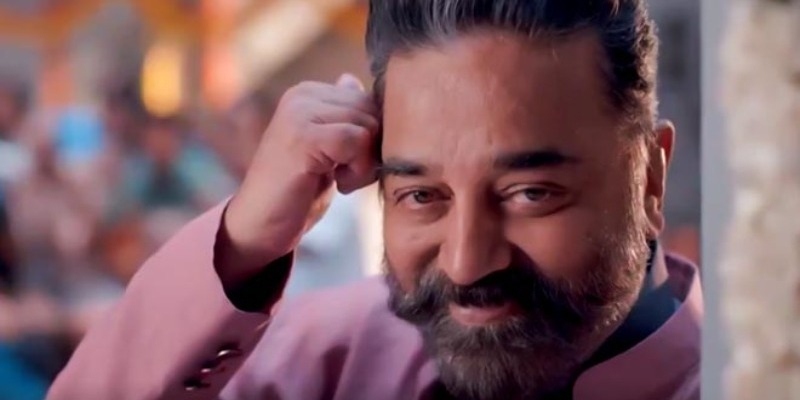 The ‘Bigg Boss’ reality show’s Tamil version has had a successful run of four seasons all of which have propelled huge rises in the TRP ratings. Naturally, the expectations for the fifth season are above sky level. Vijay TV already signaled an imminent start a couple of days back with a teaser.

Now an innovative trailer for ‘Bigg Boss Tamil 5’ has landed and should definitely up the ante even further. The clip shows Kamal along with the bride and groom enter a wedding hall at 6. am in the morning when all the families gathered are united and all smiles. At 2 pm in the afternoon, problems begin to spark between the bride and the groom’s family. By the end of the day are at loggerheads as to who has the upper hand.

The new ‘Bigg Boss Tamil season 5’ trailer equates the happenings in a normal marriage hall to that of what happens with the housemates. Kamal is all style in the trailer and finishes off by teasing the start of the show which might be on October 3rd according to a birdie.