HDFC Mobile Banking App Is Facing Issues, Customers Should Use Netbanking for Now 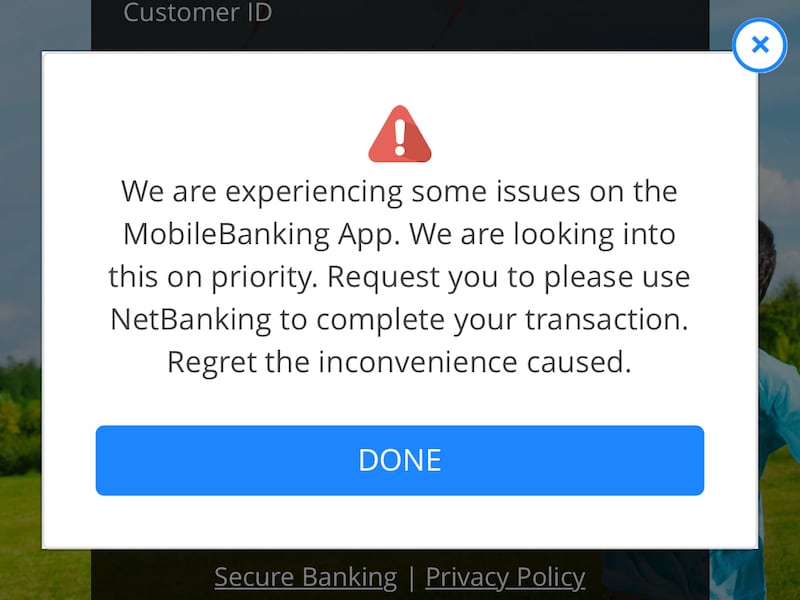 HDFC Mobile Banking app is down again and the bank has suggested that customers instead make use of Netbanking to complete any transactions. The outage seems to have started around 11.30am on Tuesday, June 15, and it appears that the issues are happening unevenly — three Gadgets 360 team members got an error message while trying to access the app, while it was opening normally for one person.

As of now, the bank has not given any statement about what the cause of this issue was, only saying that it is looking into the issue. However, debit card payments and Netbanking both seem to be working at the moment – only the Mobile banking app appears to have been affected.

This is a developing story and will be updated shortly.

Gopal Sathe is the Editor of Gadgets 360. He has covered technology for 15 years. He has written about data use and privacy, and its use in politics. He has also written extensively about the latest devices, video games, and startups in India. Write to gopal@ndtv.com or get in touch on Twitter through his handle @gopalsathe with tips.
More