Garena has announced that the Free Fire World Series has broken the record for Peak Live Viewers for an esports event. The event was watched by 5.4 million people, thereby breaking the record held by the 2019 League of Legend World Championship. The numbers were confirmed by Esports Charts, a first dedicated to collecting all statistics about esports and streaming. 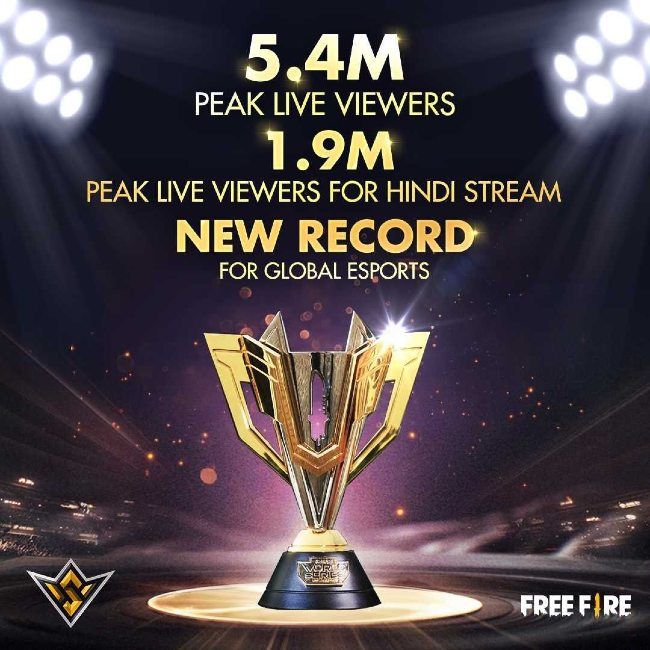 The 2019 Free Fire World Series also broke another record. That of the Peak Live Viewers on a single stream. The Hindi broadcast stream of the tournament had 1.9 million Peak Live Viewers. This is especially surprising as Indian, Pakistani, and Bangladeshi teams were not able to partake in the tournament due to travel restrictions put in place by the Singapore Government.

Interestingly, India was also the second most popular region. eSports Charts notes that Hindi viewers contributed 22.5% to the total Hours Watched. Further, the Hindi broadcast managed to collect 50 million views. It also noted that India’s views could have been higher. But the region’s time zone made it difficult. Peak views for Hindi were achieved around the first rounds, however, this audience decreased towards the end of the competition as the final was held almost at midnight in India.