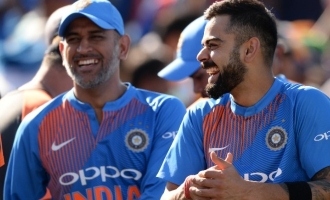 The Indian Cricket Team is currently touring England for a test series of 5 matches. Following this tour, the team will play IPL 2021 and T20 World Cup tournaments. While the latter half of IPL 2021 begins on September 17, the T20WC is scheduled to happen between 17th October to 14th November. Now, the latest and the big news is that former Indian team captain MS Dhoni returns to BCCI after a long time.

While Virat was continuously criticised for dropping out Ravichandran Ashwin in the test tour against England, the fans are very surprised to see the talented spinner in the squad. Also, the fans expected only one out of Bhuvi or Shami to be in the team but again the squad selection with both the players came out of the syllabus to the Indian fans. Shikhar Dhawan, who is known as ‘the specialist’ in ICC tournaments, is not part of this T20WC team.

On the other hand, Shreyas Iyer, Shardul Thakur and Deepak Chahar are roped in as the reserved/standby players in the Indian team of T20WC 2021. Meanwhile, the biggest news of the day is that BCCI has announced officially that former Indian skipper Mahendra Singh Doni will return as the mentor to the team for 2021’s Twenty20 World Cup. Jay Shah, the honorary secretary of BCCI has confirmed MSD’s presence.

MS Dhoni had an incredible career as a cricketer. In his 15 years, he captained the Indian national cricket team in limited-overs format from 2007 to 2017 and in Test cricket from 2008-2014. The legendary player announced his retirement on 15th August 2020. The greatest cricketing mind returns to the Indian team as a mentor when the fans had no clue about it. Netizens went frenzy and storming the internet with their celebrations right now.