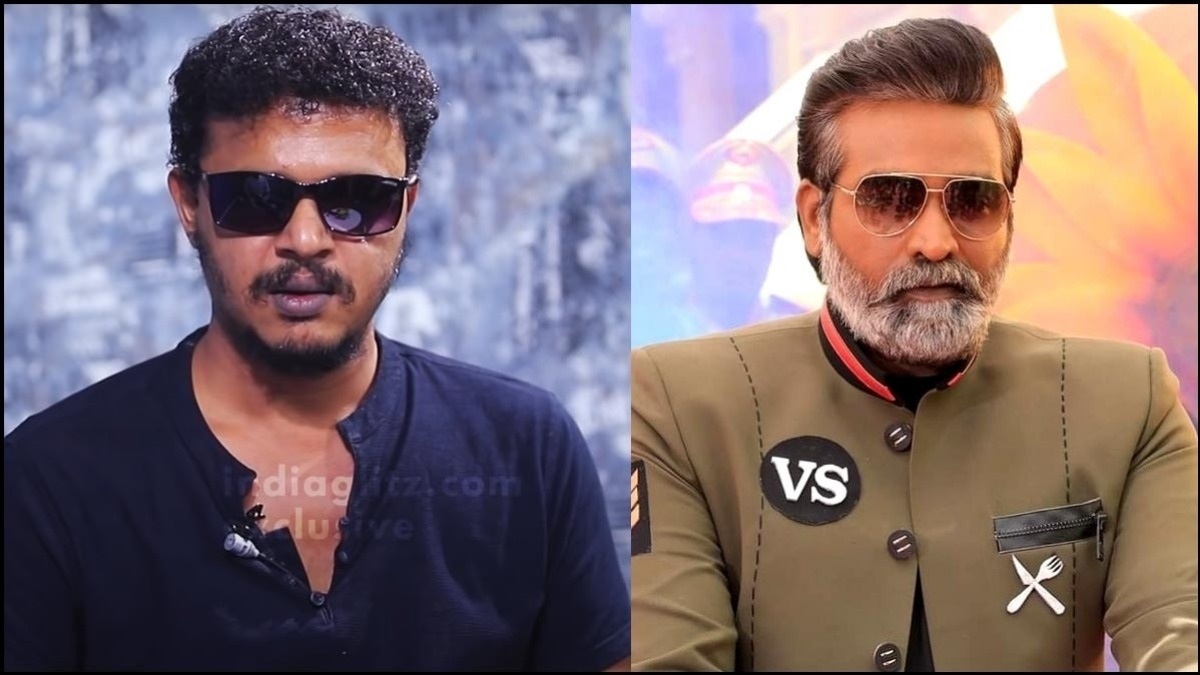 Vijay Sethupathi is on a hectic schedule promoting not one but three of his films releasing one after the other in September. We caught up with him for an exclusive interview in which in his inimitable style has fielded tricky questions with zen-like calmness.

The Makkal Selvan has said that he never lets anyone praise him for that will only result in destroying himself. He prefers to understand his mistakes and learn from them and then do things correctly. He also believes that thinking for oneself is the most important virtue in life.

We brought to the attention of VJS, an exclusive interview we had with actor ‘Boys’ Manikandan in which he shared that he was supposed to act in ‘Thenmerkku Paruvakaattru’ and ‘Soodhu Kavvum’. Manikandan also added that he was glad he did not act in the said movies since Tamil cinema would have been robbed of a great actor like Vijay Sethupathi.

Vijay Sethupathi had only the warmest regards for Manikandan saying that he watched the video interview and found the actor to be a very cool and philosophical person. He predicted that now Manikandan seems to be in a very good zone and he will soon make it big in the film industry. There is more in the video from the powerful actor on his upcoming films including Kamal Haasan’s ‘Vikram’, ‘Kaathu Vaakula Rendu Kadhal’, ‘Laabam’ among other interesting things.