Realme GT Master Edition is confirmed to launch alongside the Realme GT 5G on August 18 in India. Realme also announced that it has crossed 100 million global sales earlier this week, making it the only mobile phone brand to achieve this feat in a matter of just 37 months. We now have some exclusive information about the upcoming launch by Realme and can confirm that the Realme GT Master Edition will launch in a special colour option to mark the celebrations. 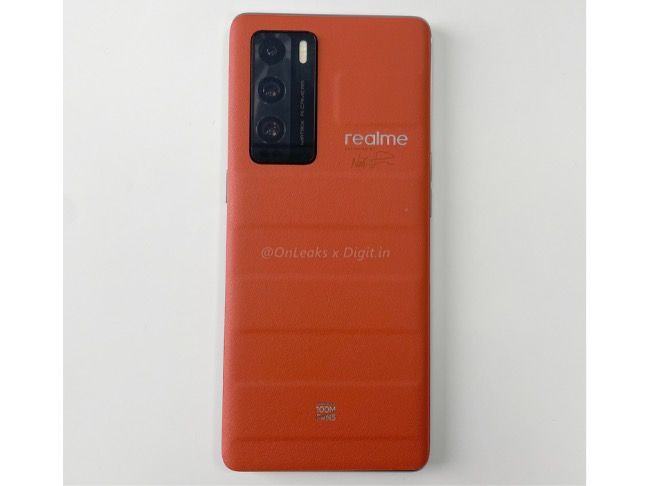 As you can see in the above picture, the Realme GT Master Edition will launch in a special dark orange/rust red colour variant in India and Europe. The phone has a design that’s reminiscent of a suitcase with ribbed textures throughout. The highlight of this colour is that it has a distinct metal badge towards the bottom that says “Celebrating with 100M Fans”. 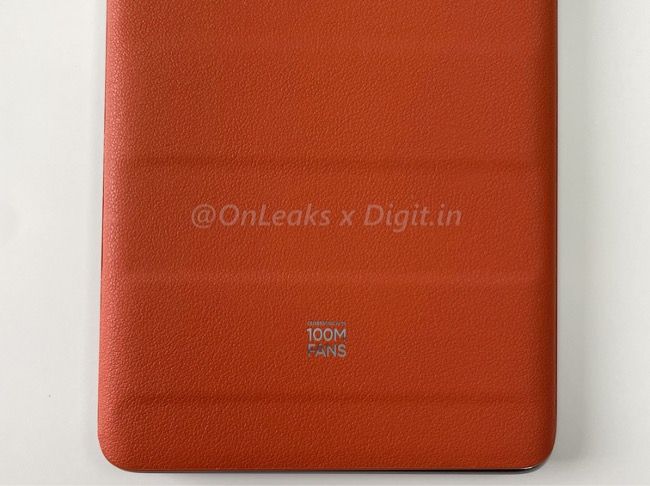 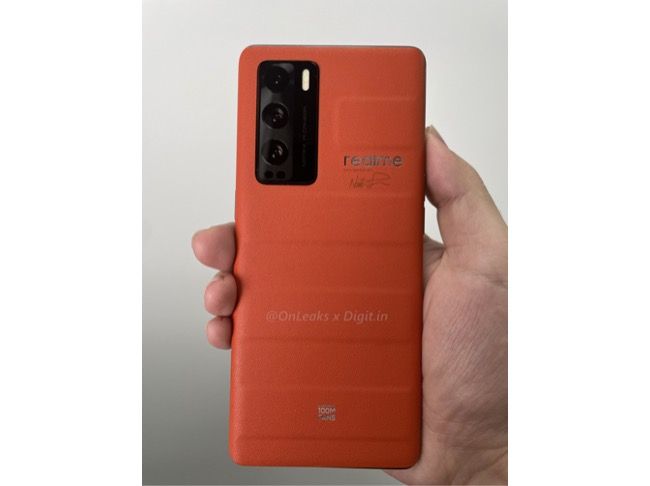 The Realme GT Master Edition has a travel suitcase-like design that measures around 8.7 millimetres in thickness and weighs 178 grams. It features a 6.43-inch Full HD+ (2400×1080 pixels) resolution Super AMOLED display that supports upto 120Hz refresh rate and has a punch-hole notch cutout in the top-left corner.

Realme GT Master Edition is powered by the Qualcomm Snapdragon 778 processor that has an octa-core CPU running at upto 2.4GHz with the Adreno 642L GPU. This is paired with 8GB RAM and upto 256GB storage options. It runs on Realme UI 2.0 which is based on Android 11.

The Realme GT Master Edition has triple cameras on the back headlined by a 64MP camera with an f/1.8 aperture followed by an 8MP ultra-wide camera with 119-degree field-of-view and a 2MP macro camera. The rear cameras can record in 4K at 30FPS and 1080p at upto 60FPS and is backed by EIS. On the front, we get a 32MP selfie camera.

It supports WiFi 6 and has an in-display fingerprint reader. The Realme GT Master Edition is equipped with a 4,300mAh battery that supports 65W fast charging. Realme claims that the phone can charge from 0-100% in just 33 minutes.