As promised, Shah Rukh Khan stepped out on his balcony with his younger son AbRam Khan and greeted his fans on the occasion of Eid al-Adha. In the video, Shah Rukh Khan looks dapper in a white shirt paired with jeans and sunglasses, while AbRam looks adorable in a red t-shirt and black pants. Both the father-son duo waved at the fans from the iron balcony at the entrance of Mannat. For those who don’t know, Shah Rukh, who recently celebrated his 30 years in the entertainment industry, promised his fans during a live session on Instagram that whenever he comes out to meet people, he will bring his younger son along.

Here have a look at the pictures of Shah Rukh Khan and AbRam Khan: 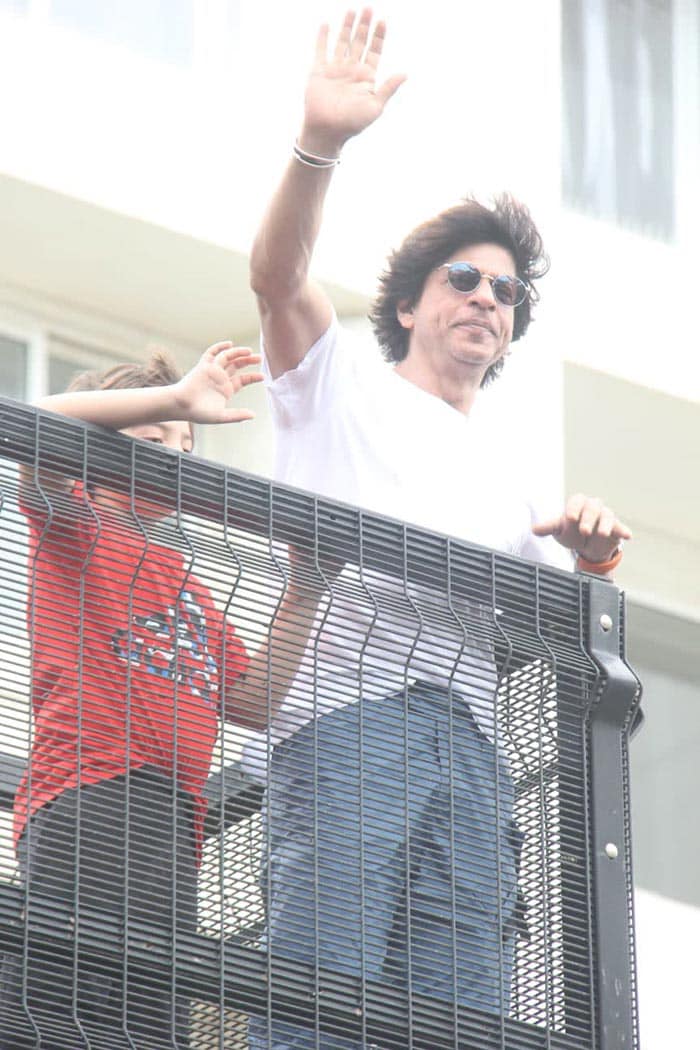 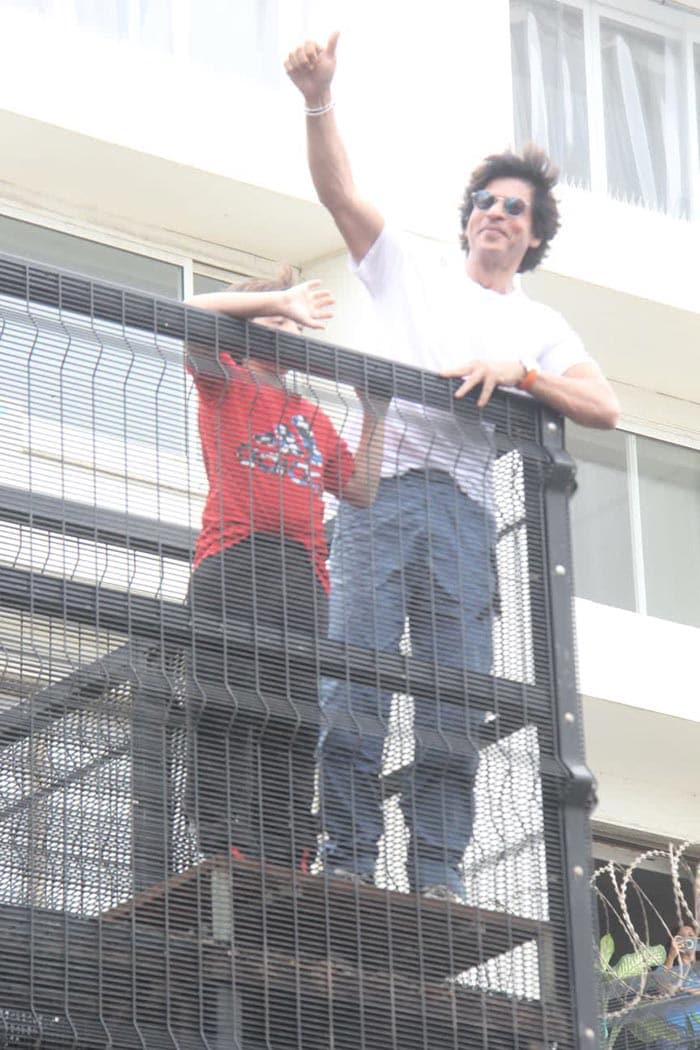 During the live session, a fan asked Shah Rukh Khan, “Can we get to see AbRam with you now in this live?”. To this, he replied that he was on holiday and thanked the fan for making SRK miss AbRam even more. He said, “I wish so. I wish he was here but he is not here with me. He is currently on a holiday. I would love him to be here. I miss him now. Thankyou for making me miss AbRam even more than I was.” He added, “Next time when I come out to meet people I will bring him along or maybe in the next live session.”

Meanwhile, on the work front, Shah Rukh Khan has two big films in his kitty –  Pathaan with Deepika Padukone and John Abraham and Jawan with Nayanthara.