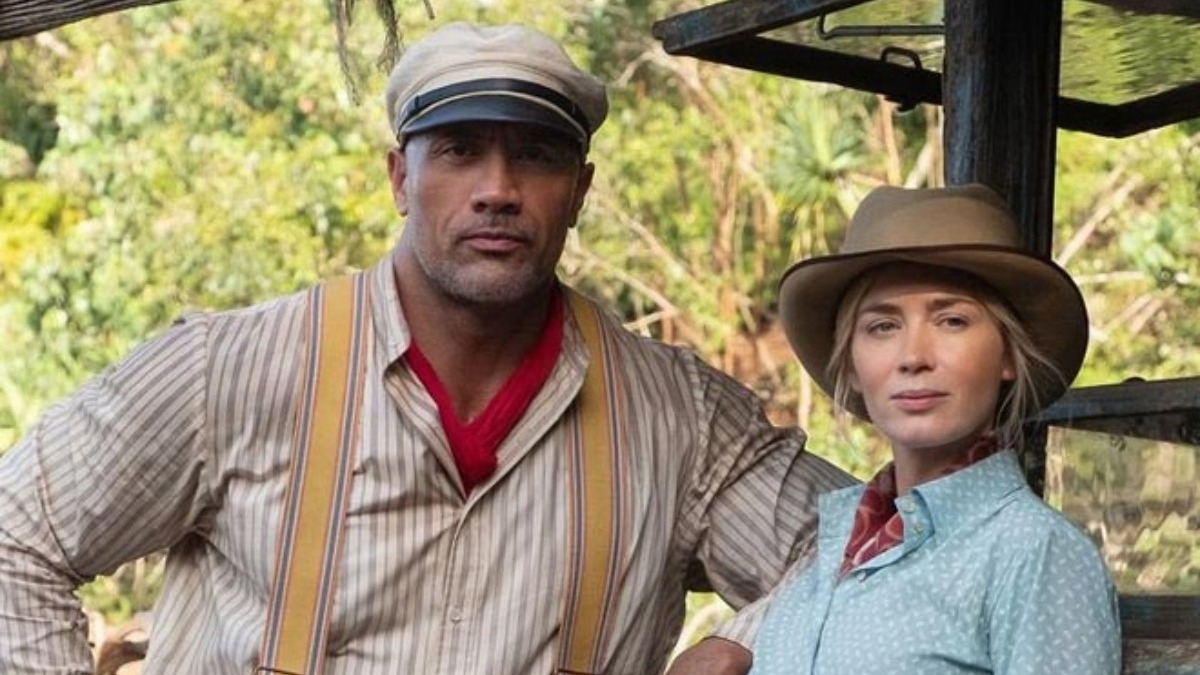 Disney’s Jungle Cruise crossed the huge milestone of $100 million at the domestic box office over the weekend, and the studio decided to move forward with a sequel to the film with Dwayne Johnson and Emily Blunt on board. The news of the sequel surfaced on the internet a few days ago and fans are excited to witness the adventures combo once again.

According to the studio, the film opened July 30 to more than $35 million at the domestic box office and more than $30 million in Disney+ Premier Access in its first three days. The domestic tally now stands at $100.1 million and the worldwide collection sums up to $187 million.

To celebrate this huge success Dwayne Johnson aka The Rock took to his Instagram and penned shared a piece of blissful news for all his fans . He wrote, “Em & I raisin’ a glass to you ?? in celebration of our official JUNGLE CRUISE SEQUEL????????THANK YOU and your families around the world ?? for discovering and loving our film ~ in theaters and in your living rooms. And a HUGE MAHALO for making JUNGLE CRUISE cross that $100M mark at the US box office. JUNGLE CRUISE is only the 4th movie of 2021 to achieve that milestone. Not an easy accomplishment these days, so thank you guys so much ??????.”

Jungle Cruise is based on the popular Disneyland attraction, where it was one of the original rides when the theme park opened in 1955. Dwayne Johnson and Emily Blunt played the lead roles of Frank Wolff and Dr Lily Houghton respectively and was directed by Jaume Collet-Serra.

ALL ABOARD ??????
Mahalo to our buddy @Borys_Kit for breaking the big Jungle Cruise sequel news!!!
This is going to be FUN! ??
Oh and cheers to Jungle Cruise just crossing $100M at the domestic box office ????????@SevenBucksProd @DisneyStudios #FlynnPics https://t.co/dN0LphpUce