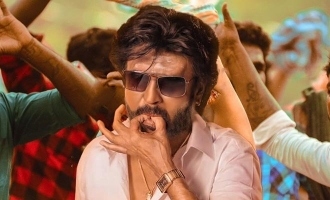 We already reported to you that the shooting of Superstar Rajinikanth’s upcoming film ‘Annaatthe’ has almost reached the finish line. Among the ensemble star cast, Rajinikanth, Meena, Khushbu had begun dubbing for their portions. This most anticipated biggie is slated to hit the screens on Diwali 2021.

Now, the latest update is that the action sequences in Annaatthe have been completed. The shooting of the movie is nearing completion and the team is just left with a few more minor portions to be shot. Meanwhile, action choreographer Dhilip Subbarayan took to his Twitter to reveal that the shooting of all the stunt sequences in ‘Annaatthe’ has been wrapped up. He shared a tweet of a co-artist to confirm the same.

Directed by Siruthai Siva, Thalaivar Rajinikanth is sporting the role of a village head reportedly. Touted to be a rural-based family entertainer, Keerthy Suresh is playing Thalaivar’s sister in Annaatthe. The biggie is backed by Kalanithi Maran of Sun Pictures.

Annaatthe has a huge lineup of the cast which includes Keerthy Suresh, Nayanthara, Meena, Kushbhu, Prakashraj, Sathish, Soori, Goerge Maryan and many others. D Imman is composing the soundtrack and the background score. Reportedly, he had recorded the opening song of this much-awaited film with the late singer SP Balasubrahmanyam.