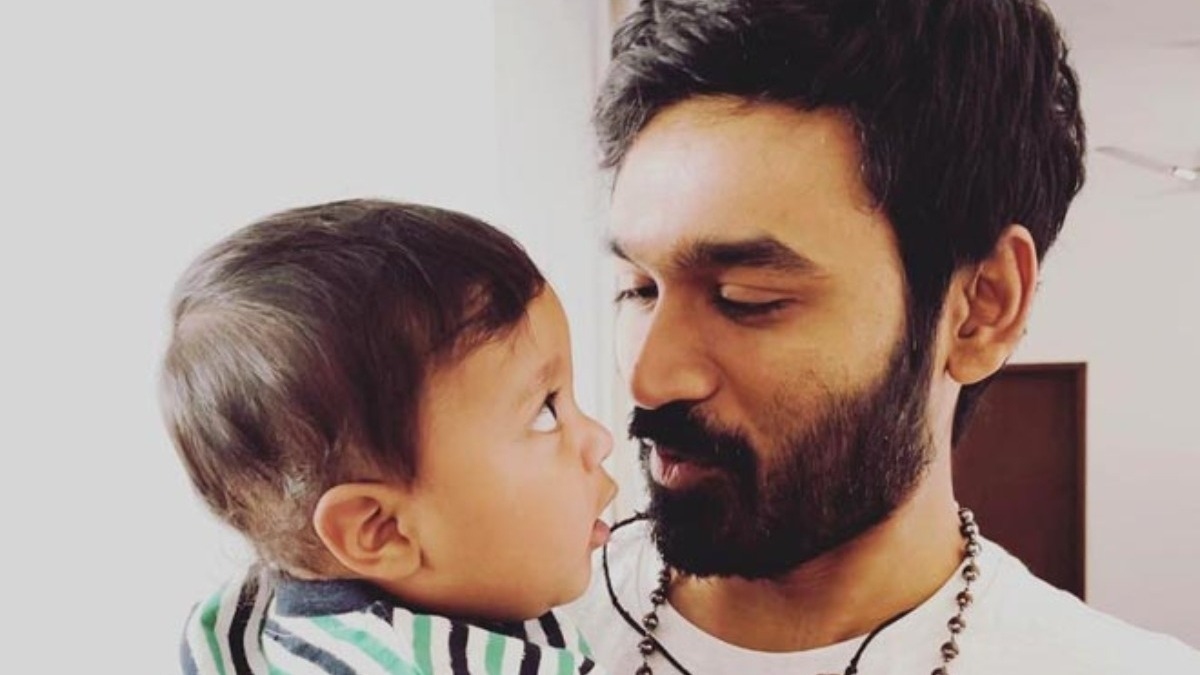 Dhanush is currently super busy juggling films across multiple languages and industries. Amid his titring schedule, he constantly finds some personal time to relieve himself from the work pressure. A few days ago, Dhanush welcomed two new pets to his family and shared the pics on his Instagram. Read at: Dhanush shares about two new adorable additions to his family

On September 1, the multi-talented actor shared that the adorable husky puppies ‘King’ and ‘Kong’ are the latest additions to the family. Now, the photos of Dhanush and his nephew are doing rounds on the internet. Yesterday, his sister-in-law Gitanjali Selvaraghavan shared lovely pictures of her brother-in-law and her third and youngest son.

Dhanush is having a great time as ‘Chithappa’ with Rishikesh. He was seen carrying him in his hands. The pics are too adorable and the actor’s fans quickly responded to the post. Gitanjali also mentioned Dhanush’s new pet dogs in the caption. She wrote, “Hi @dhanushkraja Chitappa… can I go play with King and Kong too? Why do Lila and Omkaar get to have all the fun? (sic).” Dhanush’s wife Aishwaryaa Rajinikanth, commented on the post, saying, “Omg !!! So adorable….”

On the work front, there is so much anticipation on Selvaraghavan and Dhanush’s new film, ‘Naane Varuven’. The pre-production work of the film is said to be going in full swing. Dhanush is said to be playing a dual role in the film. The film’s shooting is expected to begin in November. The actor completed his portions for ‘The Gray Man’ & ‘Maaran’, he is currently shooting for ‘Thiruchitrambalam’.